Granada have a two-goal edge as they travel to the Stadio Diego Armando Maradona to meet Napoli in the return leg of their UEFA Europa Leauge last-32 tie.

Napoli topped their section in a true ‘Italian’ style in the autumn, avoiding defeat in five Group F fixtures in a row (W3, D2) after succumbing to a 1-0 home loss to AZ Alkmaar on Matchday 1. Entertainment has been sparse, as only one of Napoli’s seven Europa League matches his season has featured over 2.5 goals. Worryingly, ‘I Partenopei’ have failed to win any of their last five UEFA European matches against visitors from Spain (D4, L1). Moreover, they have only wrapped up two victories in their seven previous home games in the Europa League knock-out stages (D3, L2). Gennaro Gattuso cannot find much comfort in Napoli’s recent form either, as his men have lost four of their last five competitive fixtures (W1), conceding over 1.5 goals in each defeat over that stretch of games.

In the meantime, a 2-0 first-leg win in Spain puts Granada in a prime position to reach the Europa League Round of 16 in their maiden European competition. Remarkably, the ‘Nazaries’ have not lost any of their five away continental fixtures this season (W4, D1), qualifying included. What’s more, Diego Martinez’s men have kept a clean sheet in three of those five European trips, conceding precisely once per match in the other two. As ever, starting well is a priority, as five of Granada’s seven games this Europa League campaign have seen one or both sides fail to find the back of the net. But, the Spanish minnows have experienced some rough time on the road lately, winning only one of their last five competitive away matches (D2, L2), conceding 2+ goals on four occasions in that period. 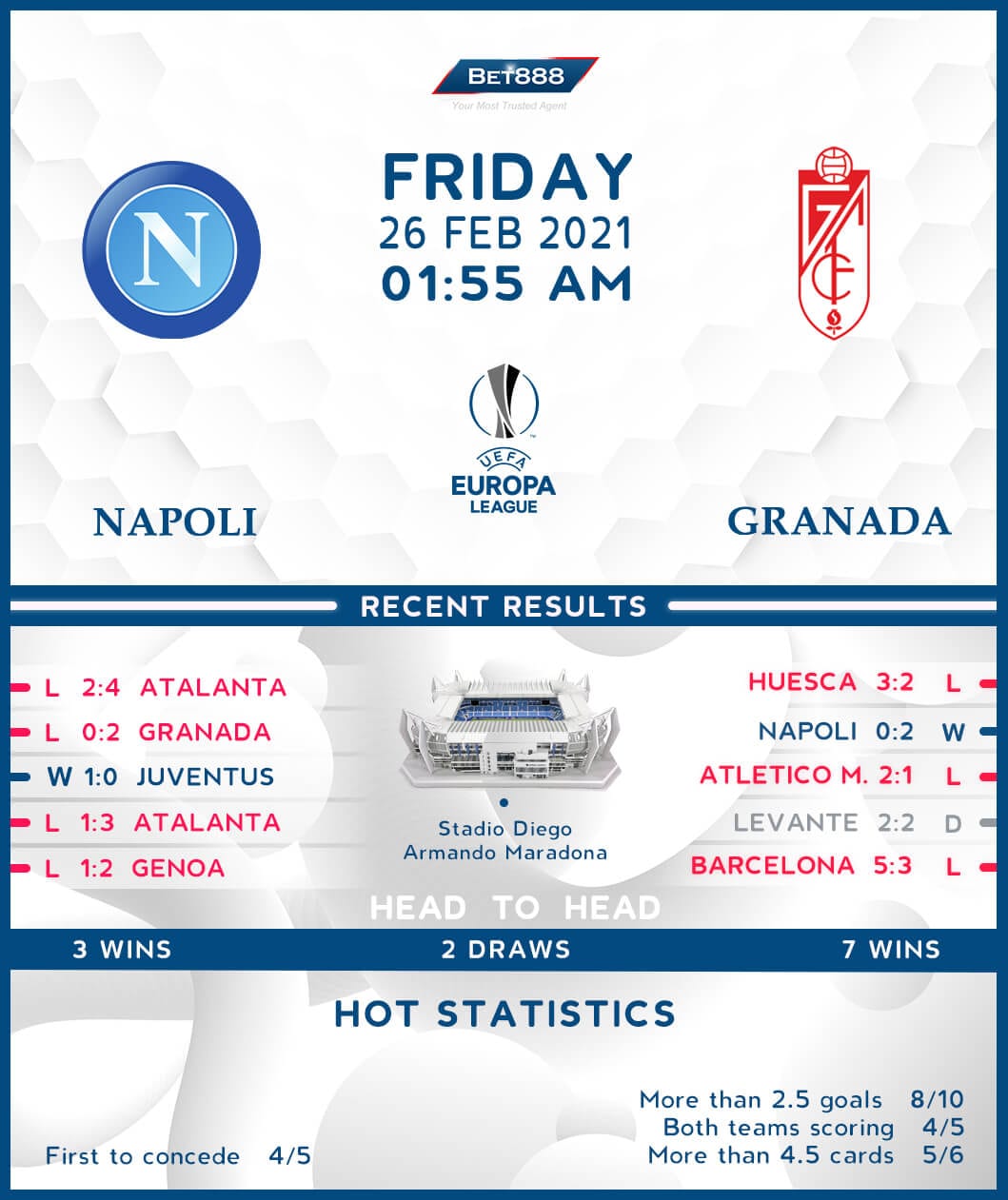