Napoli and Internazionale will lock horns at the Stadio Diego Armando Maradona in one of the most highly anticipated fixtures on the Serie A football schedule.

Napoli bounced back from a 2-1 away loss at Juventus to beat Sampdoria 2-0 on the road last time out and stay within a two-point distance from fourth-placed Atalanta. ‘I Partenopei’ have now won six of their last eight Serie A matches (D1, L1), four of which via a two-goal margin. Since suffering a dismal 2-1 defeat to Spezia in their first home Serie A game of the new calendar year, Gennaro Gattuso’s men have turned into a force to be reckoned with, notably winning all six subsequent home league fixtures by an aggregate score of 18-4. After an impressive 13-match unbeaten home top-flight streak against Inter (W9, D4), Napoli succumbed to a 3-1 loss back last season and may now lose back-to-back such encounters for the first time in the 21st century.

As for Inter, they take the field after winning 11 consecutive Serie A matches, including a keenly-contested 1-0 home victory over Cagliari last time out. Away from home, ‘I Nerazzurri’ have gone unbeaten in seven Serie A games on the trot (W5, D2) since a 2-1 reverse at Sampdoria in their first league trip in 2021, winning the last five by an aggregate score of 10-2. Too hot to handle in the attacking third, Antonio Conte’s men have netted the joint-high 30 away goals this Serie A season, registering 67% of those strikes in the second half of play (20). Interestingly, no team has scored more goals beyond the 60th minute than Inter (34) this term. A first-half lead is likely to pave the way for another success for the visitors, as they boast a 91.67% win ratio across the Serie A games in which they were in front at half-time this term (W11, D1). 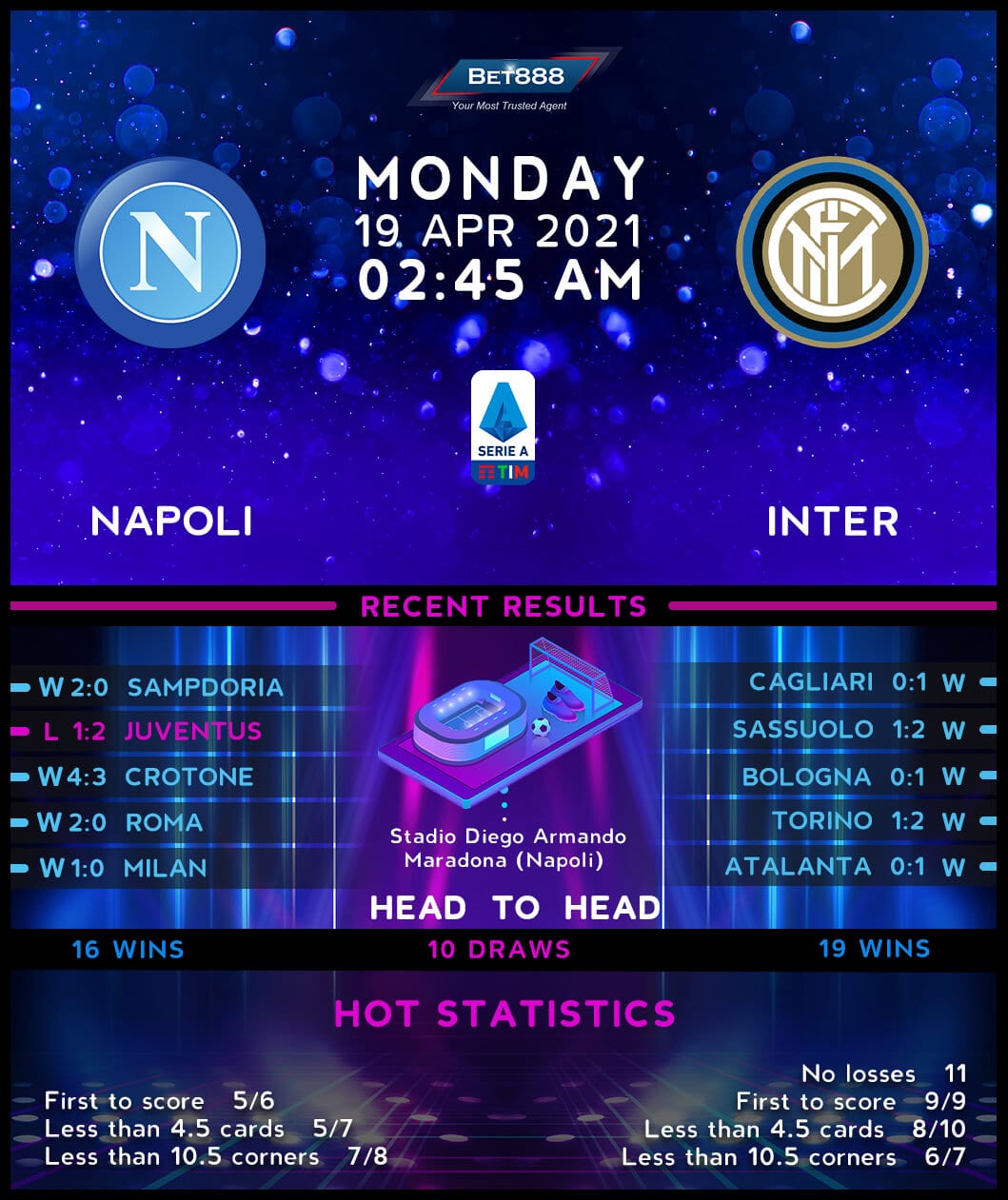