One of the most highly anticipated fixtures on the Serie A football schedule takes place at the Stadio San Paolo, as Napoli take on Juventus in a mammoth showdown.

Napoli shockingly lost 2-1 at Genoa last time out, as they head into this round after drawing a league-low one match this entire Serie A campaign (GP:20 – W12, D1, L7). Back-to-back home top-flight wins by an aggregate score of 8-0 are handy coming into this encounter, as ‘I Partenopei’ look to post consecutive Serie A triumphs against Juventus for the first time since 2011. Gennaro Gattuso can find encouragement in his team’s free-scoring form that has seen them net a league third-high 27 home goals, 16 (59.26%) of which arrived in the second half of play. Another noteworthy takeaway is that Napoli (2.9) have dealt the fewest shots on target per match on average this Serie A season, conceding the division second-low 21 goals from those attempts.

Ahead of the kick-off, Juventus have won three consecutive Serie A fixtures by the identical 2-0 scoreline, finding the opening goal within 20 minutes and adding one more in the second half on each occasion in that run. Moreover, four of Juve’s five Serie A wins away from the Allianz Stadium this season have come in their last five trips (L1), with each yielding at least a two-goal margin. However, ‘I Bianconeri’ have only won two of their previous five top-flight visits to Naples (D1, L2), with four of those meetings seeing both teams score and three producing over 2.5 total goals. Andrea Pirlo will be desperate to see his team improve their first-half performances after witnessing seven of Juventus’ ten away Serie A goals conceded this season come before half-time. 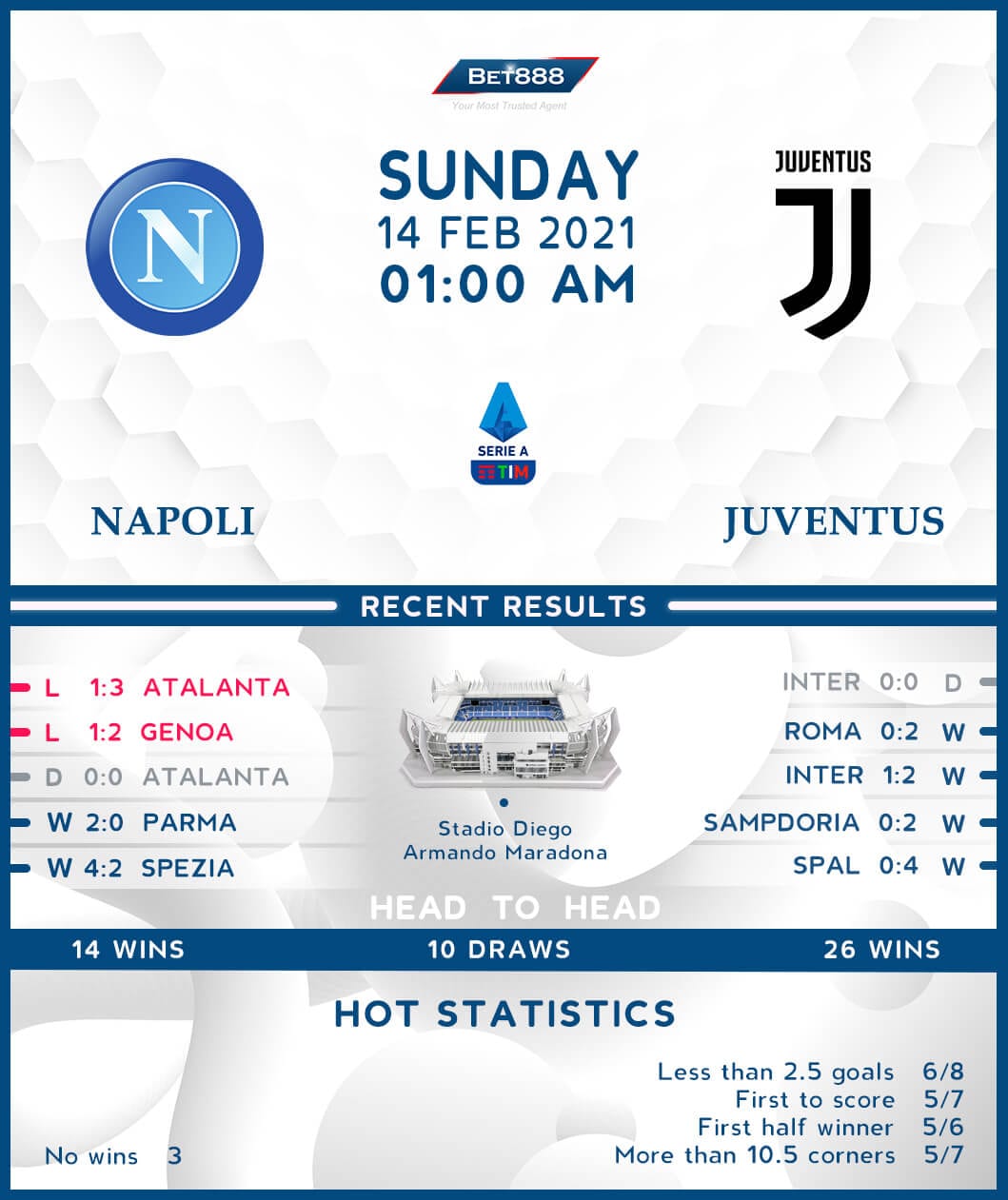