Napoli and Lazio go head-to-head at the Stadio Diego Armando Maradona in a massive Serie A top-six six-pointer. With just two points separating the sides ahead of the kick-off, the Rome outfit could leapfrog their hosts in fifth with a win here.

Napoli have endured mixed fortunes in their last three Serie A games (W1, D1, L1), with each fixture in this sequence featuring goals in both halves and seeing the opener come within 36 minutes of play. A 1-1 draw with pacesetters Internazionale last time out saw Napoli’s six-match winning run in home Serie A games come to a halt, albeit ‘I Partenopei’ have now scored in 12 home league outings on the bounce. After winning their last three top-flight H2Hs as hosts, Napoli may equal their best run of home victories against Lazio in the competition that dates back to 1955. Except for the abovementioned draw with Inter, Gennaro Gattuso’s men have ended up winning all of the remaining 14 Serie A matches in which they were leading at half-time this season.

On the other hand, Lazio hammered Benevento 4-2 at home last time out as they head into proceedings on the back of a five-match winning streak in Serie A. After recording identical 1-0 wins in their last two Serie A trips, ‘I Biancocelesti’ may register three consecutive league clean sheets away from home for the first time under current boss Simone Inzaghi. Considering Lazio’s recent Serie A fixtures, a draw is seemingly off the table, with none of their last 12 league games producing a stalemate (W12, D3). Delivering action from the get-go, the visitors have scored a league-high 11 goals inside the opening 15 minutes of play this Serie A season. So there is no wonder that Lazio have broken the deadlock in a league second-highest 73.33% of their league trips so far (11/15), including the last three. 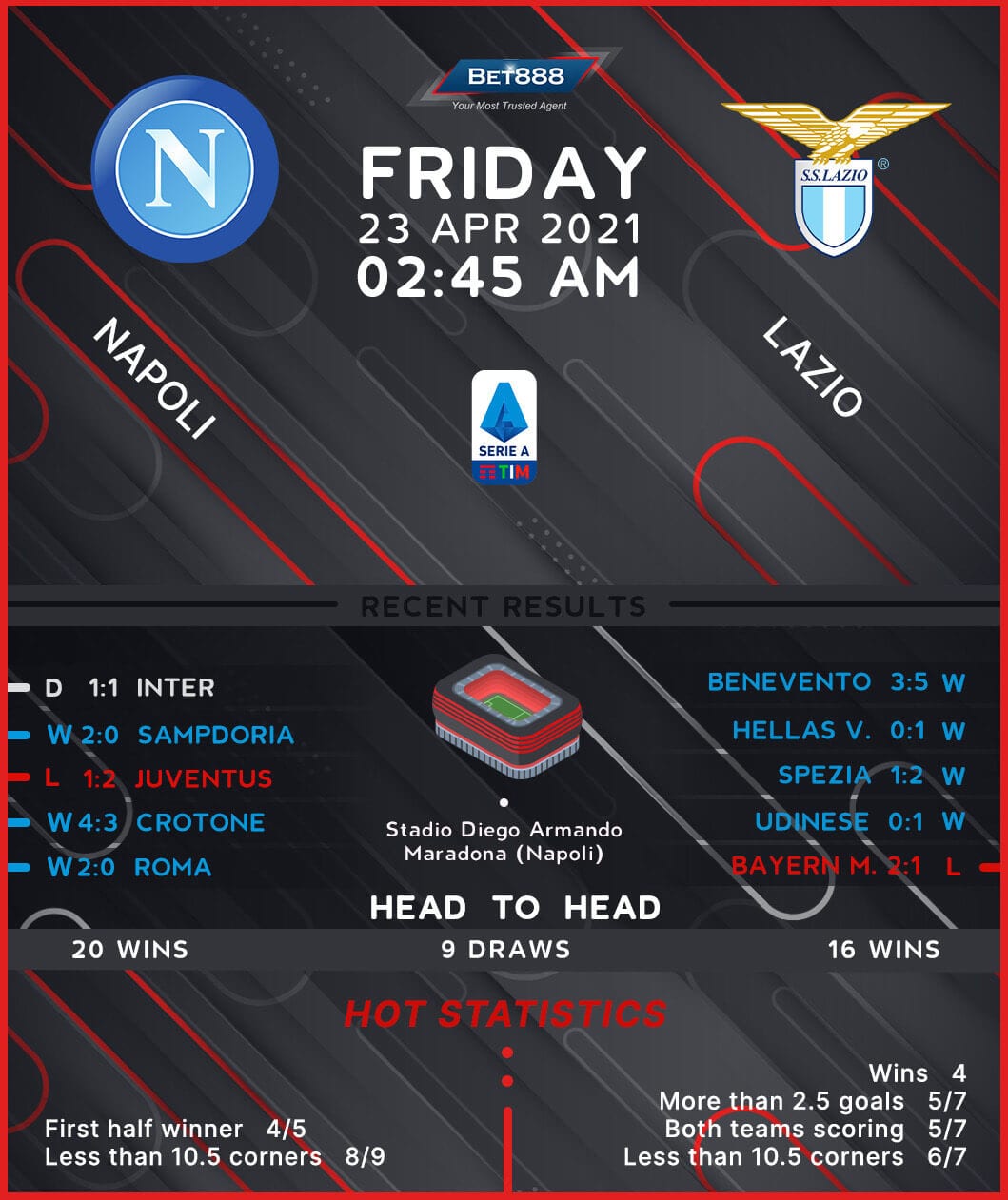