Napoli will be looking to return to winning ways in Serie A when they meet out-of-sorts Parma at the Stadio Diego Armando Maradona this weekend.

Napoli have suffered back-to-back defeats in all competitions after claiming three consecutive triumphs beforehand, with four of those five matches producing over 2.5 goals. In Serie A alone, ‘I Partenopei’ have accrued a win, a draw, and a loss in their last three home games despite scoring the opening goal in two of them. Yet, Gennaro Gattuso’s men will be confident of securing all three points here after winning two of the last three top-flight meetings with Parma in Naples ‘to nil’ (L1). Curiously, just one of the previous 16 Serie A matches between these sides has ended in a draw, with Napoli running out winners in nine of the other 15 (L6). Winning the first half could pave the way for another success, given that the hosts have returned maximum points (21) from the seven Serie A games in which they were leading at half-time this season.

As for Parma, they enter this round winless in ten Serie A matches on the bounce (D4, L6), sitting one point adrift of 17th-placed Torino ahead of the kick-off. A lack of firepower up front has seen ‘I Gialloblu’ fail to get on the scoresheet in four of their last five league outings, losing each such game by at least a two-goal margin. Adding to their misery, Roberto D’Aversa’s men have not kept a clean sheet in any of their nine Serie A trips this season, conceding over 1.5 goals per match in seven of them. Furthermore, lapses in concentration in the later stages have seen Parma let in at least one goal inside the final 15 minutes of play in five of their nine away Serie A games while failing to score in that same timeframe. 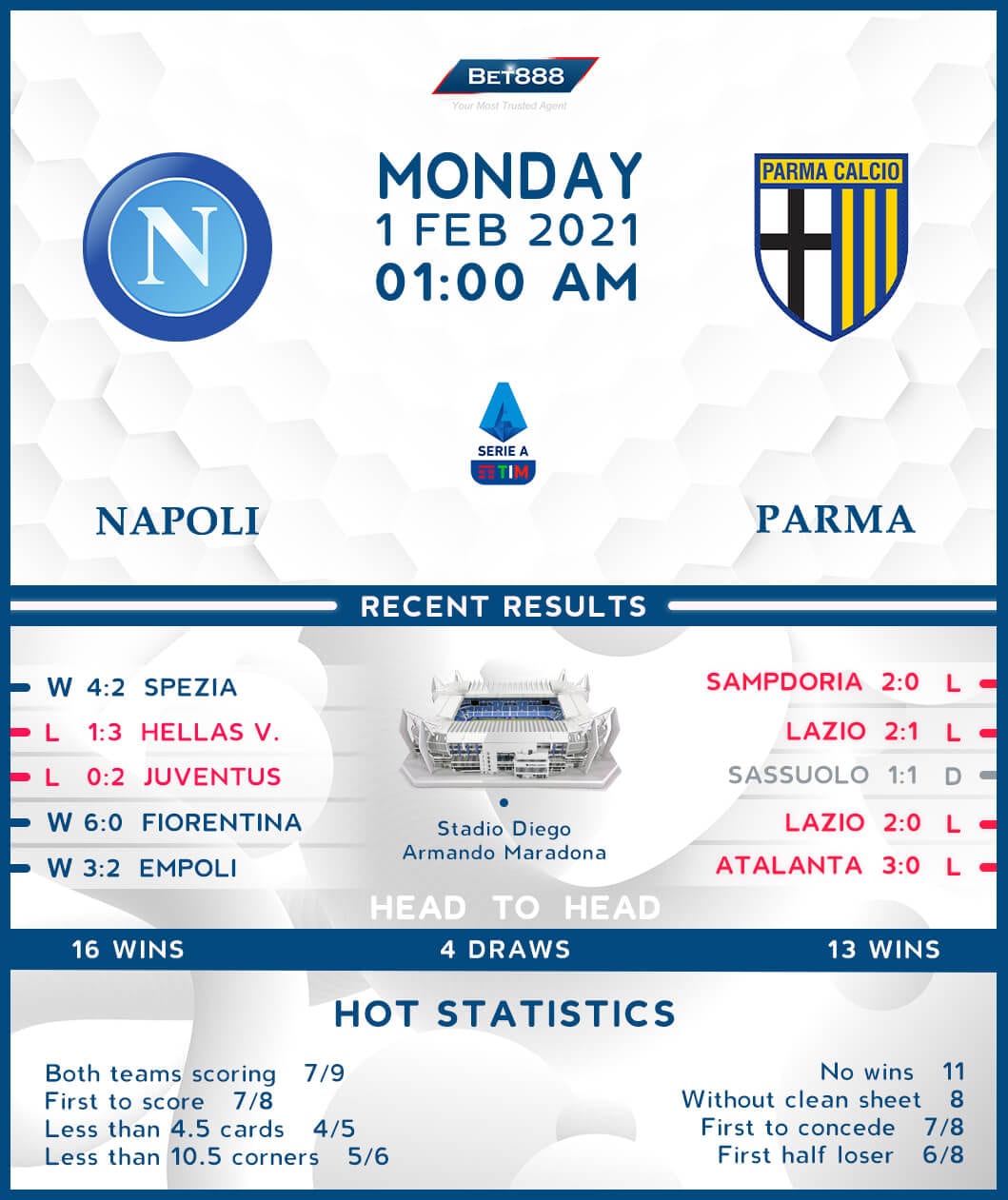