Napoli and Real Sociedad go head-to-head at the Stadio Diego Armando Maradona in a high-stake fixture that will decide the faith of both teams in this season’s UEFA Europa League.

Despite starting their Europa League campaign with a whimper rather than a bang, ‘I Partenopei’ have bounced back to rack up a four-game unbeaten run in Group F (W3, D1) since losing 1-0 to AZ Alkmaar on Matchday 1. Napoli’s Europa League matches have been very tight this season, as four of five have ended separating the sides by under 1.5 goals. Remarkably, though, Gennaro Gattuso’s men have picked up ten wins in their last 12 home fixtures in the Europa League group stage (D2). In turn, they have gone from three home defeats in a row across all competitions to back-to-back victories. Although they have lost just one of their eight European home meetings with Spanish opponents, qualifying included (W2, D5), this will be Napoli’s first home clash against such opposition in the Europa League group phase.

Meanwhile, both of Real Sociedad’s previous Europa League group-stage outings have ended in a draw after none of their three such matches had ended level beforehand (W2, L1). Yet, low scoring has been a theme for ‘La Real’ this season, as four of their five Europa League fixtures have yielded a goalless half-time score and featured under 1.5 total goals. Also, Imanol Alguacil’s men have kept a blank sheet in four of their last five away games in the Europa League after doing that only three times in 32 matches on the road in major European competition. However, a trip to Italy may stir some painful memories, considering that both of Real Sociedad’s previous visits to this country have produced multi-goal defeats. 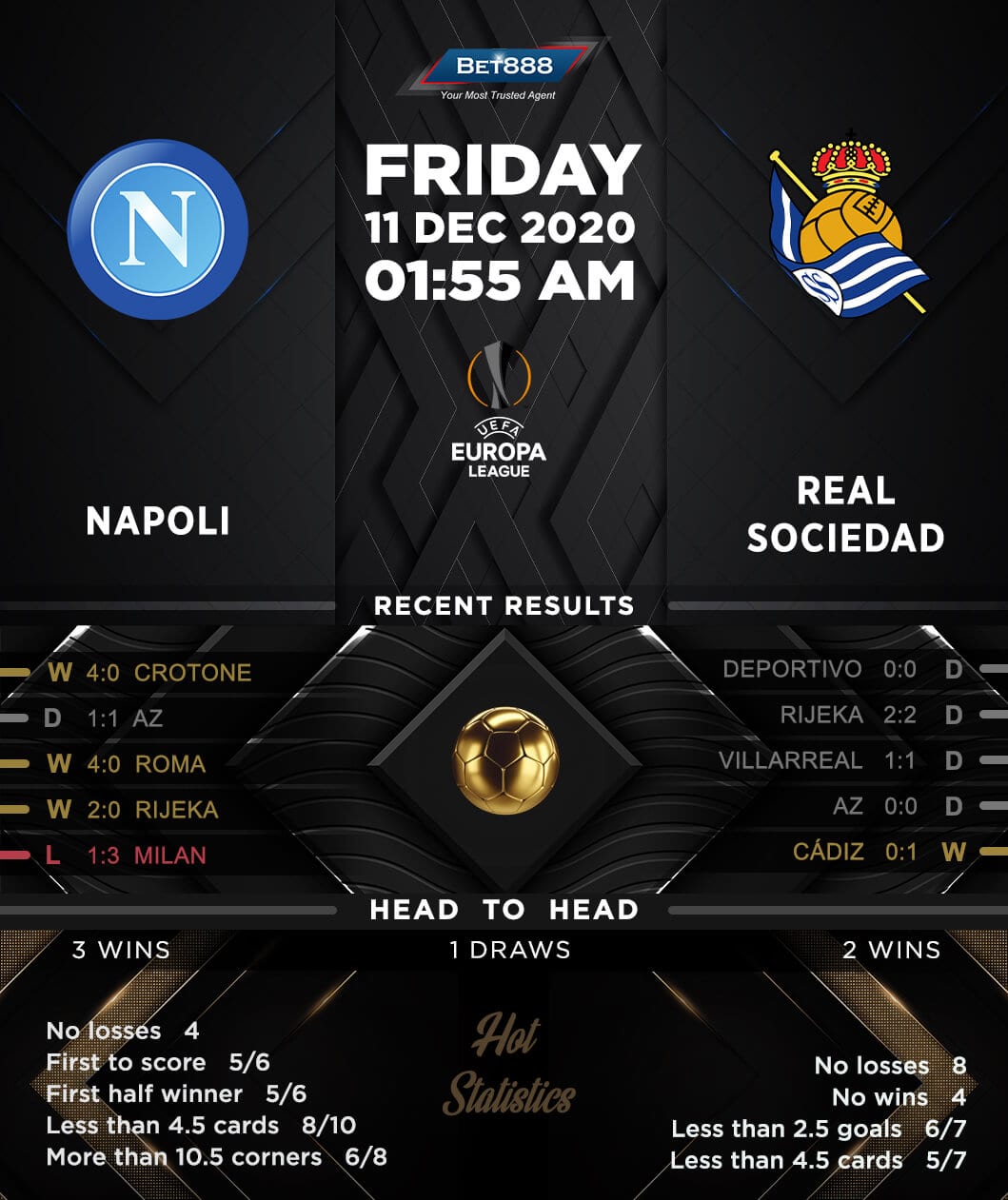