Napoli and Roma go head-to-head at the Stadio San Paolo in a potentially high-scoring Serie A affair. Each of their last five top-flight H2Hs has seen both teams on the scoresheet, with four producing over 2.5 goals.

After a promising home start that had seen them win both of their opening Serie A home matches by at least three-goal margins, the hosts have suffered back-to-back defeats, conceding over 1.5 goals in each. It’s worth noting that each result (win/loss) across that four-game sequence saw the victor get on the scoresheet first. Also, Gennaro Gattuso’s men have been struggling defensively in the second half, as evidenced by the fact the vast majority (83.33%) of their total home Serie A goals conceded this term arrived in the second half of play (5/6). Yet, ‘I Partenopei’ are one of four sides to smash a 10-goal barrier at home, having bagged 11 Serie A goals at the San Paolo. Napoli will be looking to build on that when they take on a team they’ve scored over 1.5 goals against in two of their last three top-flight H2Hs held at this venue (W1, D1, L1).

Meanwhile, the visitors have yet to lose at the playground this season (W5, D2), as a 3-0 defeat to Hellas Verona came as a result of a clerical error. Indeed, ‘I Giallorossi’ have won each of their last three Serie A fixtures via at least two-goal margins, scoring a first-half opener on each occasion. Additionally, Paulo Fonseca’s men have netted an average of 2.33 goals across their three previous league trips, scoring over 1.5 goals beyond the 60-minute mark in each of the last two. Roma must be confident of getting on the scoresheet here, after finding the net in each of their last four top-flight trips to Napoli and in each of their last five competitive away games. 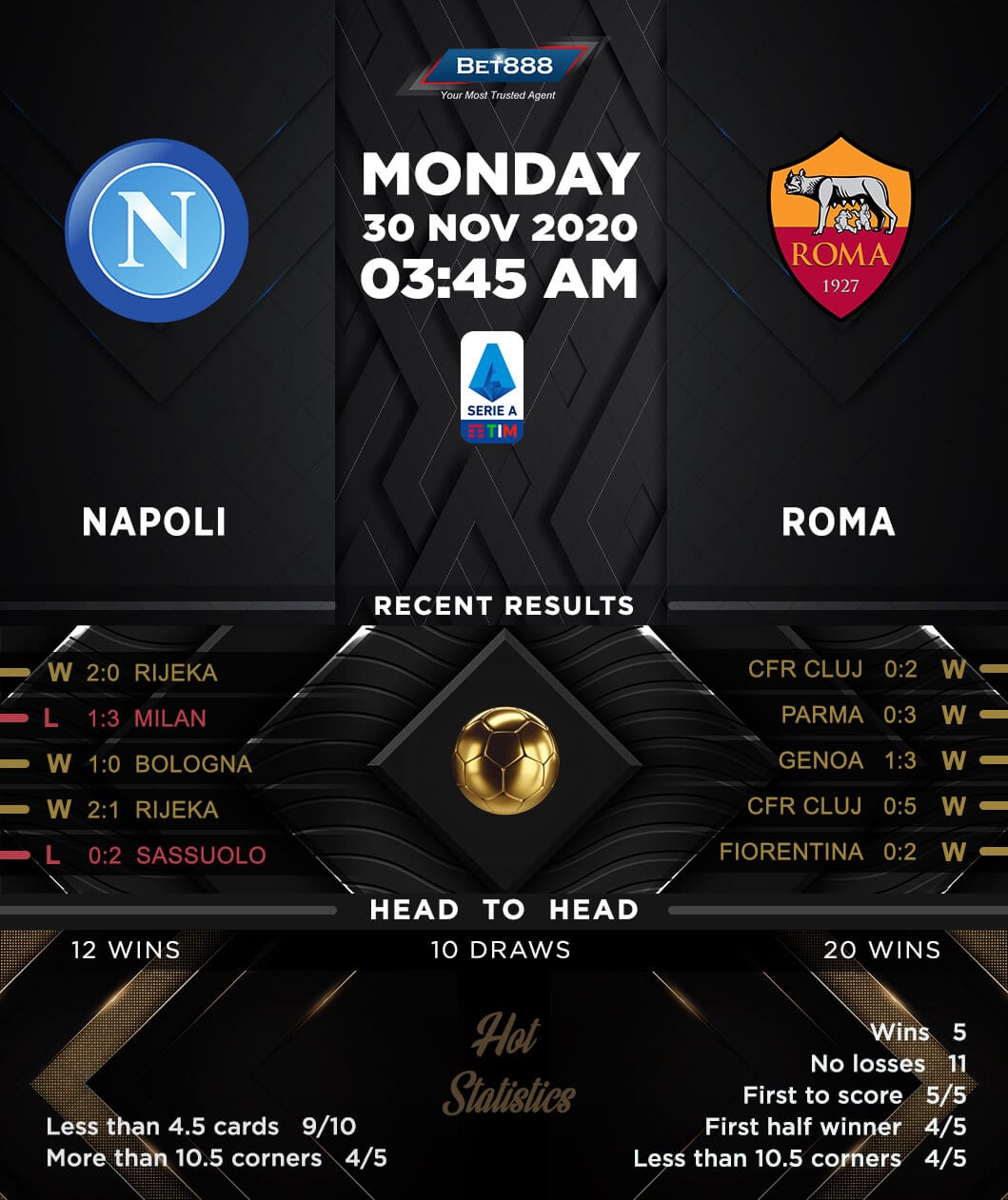