Stadio San Paolo is the venue, as Napoli and Spezia lock horns in the Coppa Italia quarter-finals.

Napoli went down 3-1 at Hellas Verona in the Serie A weekend despite breaking the deadlock in the first minute of the game, meaning none of their last seven competitive fixtures have ended in a draw (W4, L3). Curiously, five of the seven matches won/lost during the abovementioned period saw the victor fail to keep a clean sheet. At home, ‘I Partenopei’ have suffered only one defeat in their last eight competitive games (W5, D2), courtesy of a 2-1 loss to Spezia at this venue back on January 6. Napoli had boasted a 100% H2H record versus Spezia beforehand (W3), winning two of their three such meetings by the identical 3-1 scoreline. Notably, Gennaro Gattuso’s men have found the net in nine consecutive home fixtures in all competitions, scoring a minimum of two on five occasions.

Meanwhile, Spezia head into this encounter on the back of a 4-3 Serie A loss at Roma, which has brought their four-game unbeaten run to a halt (W3, D1). High scoring has been a theme for ‘Aquilotti’ away from home lately, as eight of their last nine competitive games on the road have produced over 2.5 goals, with six seeing both teams score. However, a lackluster defending has witnessed Vincenzo Italiano’s men conceded over 1.5 goals in five of their previous eight competitive trips, with 11 of their 15 goals shipped across those fixtures coming in the second half of play. Yet, Spezia have impressed in the final third in the recent period, scoring 2+ goals in four of their last five competitive games. 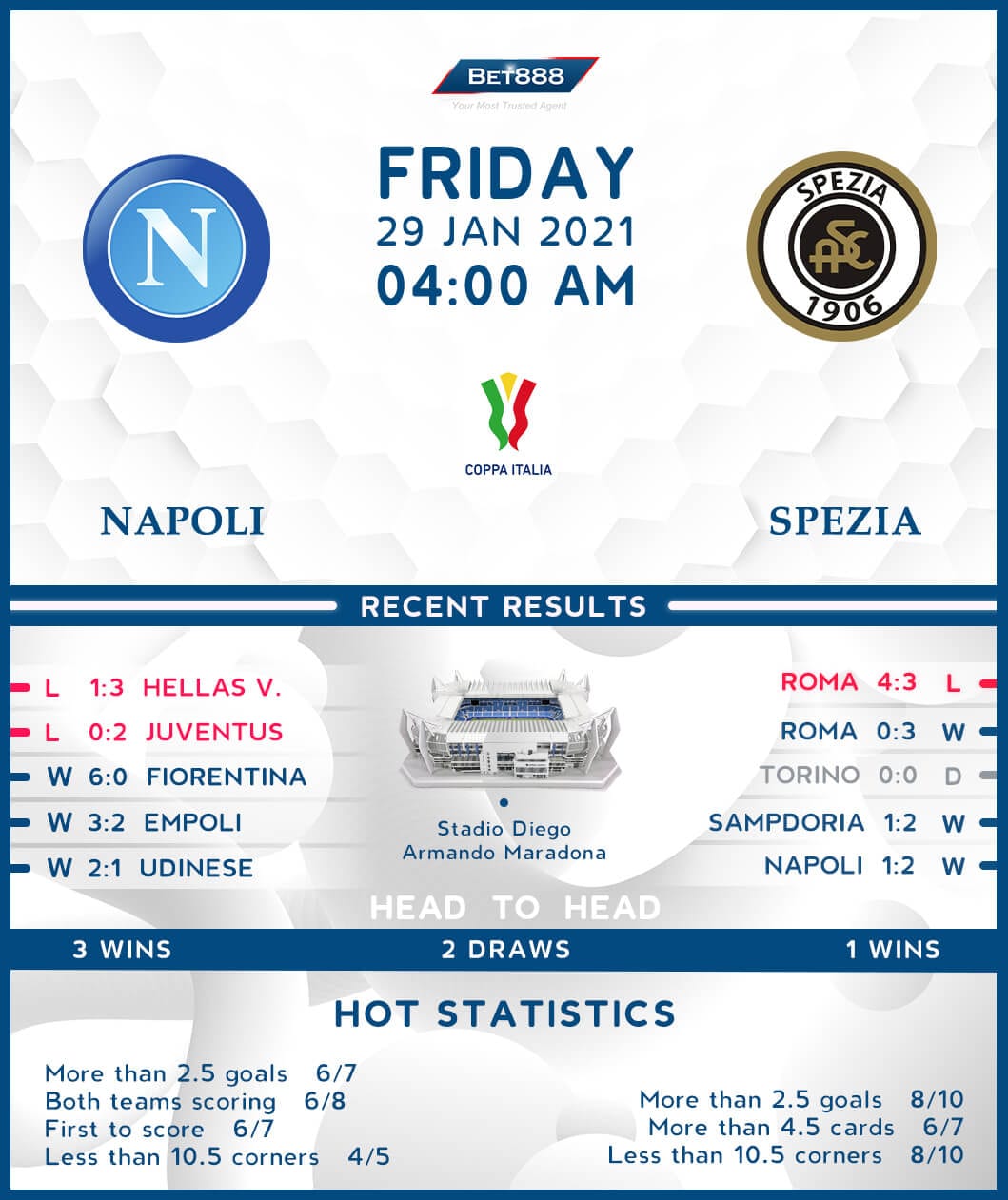