Nepal and Australia are set to trade tackles at the Jaber Al Ahmad International Stadium as the visitors look to consolidate the top place in the World Cup qualifying Group B.

It’s been ‘all or nothing’ for Nepal in this World Cup qualifying campaign (W2, L5), with each match won/lost in this series seeing the winner on the day keep a clean sheet. At home, they defeated group minnows Taiwan 2-0 on Matchday 7, losing the other two home games to Kuwait and Jordan by an aggregate score of 4-0. A clash against group leaders Australia may stir some painful memories, considering their only previous meeting saw Nepal go down 5-0 in the reverse fixture. Also, slow-starting Nepal have conceded the opening goal within the first 30 minutes of play of their seven World Cup qualifying outings. Low scoring has been a common theme in their recent home matches, as five of the last seven have featured under 2.5 total goals.

On the other hand, Australia’s 5-1 home thumping of Taiwan extended their ‘perfect’ start to the 2020 World Cup qualifying campaign (W6) as they’ve already put one foot in Qatar. When the ‘Socceroos’ win, it tends to be in a convincing fashion, with all but one of their seven World Cup qualifying triumphs this campaign yielding a winning margin of 3+ goals. The Australians have opened the scoring within 15 minutes of play in each of their three away qualifying matches, going on to add at last two more goals before half-time twice in the process. Interestingly, none of Australia’s last eight away games have ended level (W6, L2), with seven of those results (win/loss) seeing the victor preserve a blank sheet. 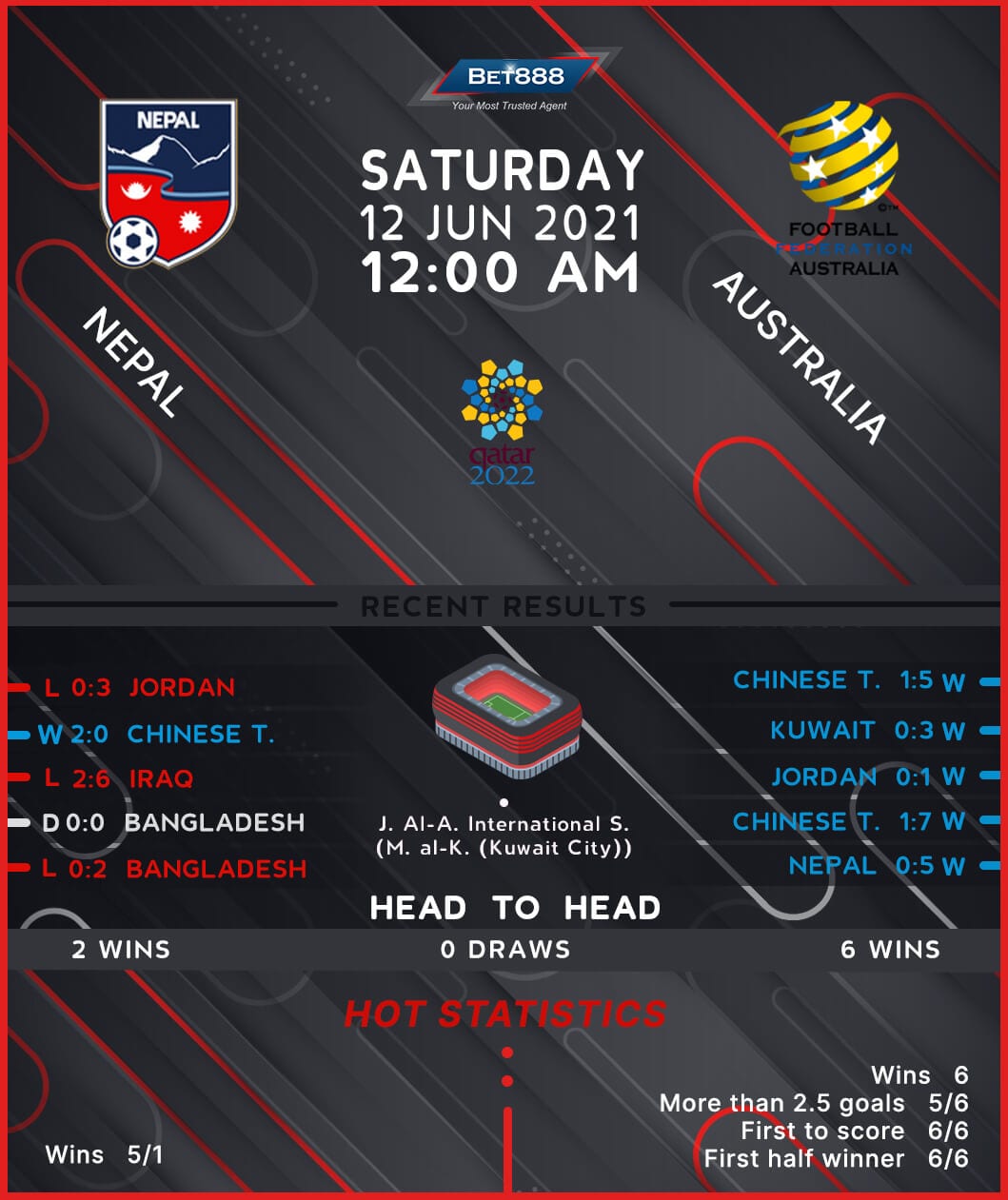