The Netherlands and the Czech Republic will square off against each other at the Puskás Aréna with a place in the quarter-finals of Euro 2020 on the line.

The Netherlands cruised to the top of Group C, winning all three group stage fixtures and scoring a tournament-high eight goals in the process. Frank De Boer’s ‘flying’ Dutchmen take the field in an impressive scoring form, having set the national record of ten consecutive matches in which they scored 2+ goals. The ‘Oranje’ are now looking to win their opening three games at the European Championships for only the second time in their history, last doing so at Euro 2000. The Netherlands’ hopes of reaching the quarter-finals will hinge on their ability to avoid penalties, knowing they have suffered eliminations in three of their last four penalty shoot-outs. There is a reason for concern, as they have lost five of their seven Euro knock-out fixtures since winning the competition in 1998.

Meanwhile, the Czech Republic experienced mixed fortunes across their three group stage games (W1, D1, L1), but it proved sufficient to reach the knock-outs as a third-placed team in Group D. However, they have managed just one victory in their last seven matches at the European Championships (D2, L4), frustratingly failing to progress from three of their previous four knock-out games at the tournament. Interestingly, each of the Czech Republic’s three knock-out fixtures played immediately after a group phase yielded a goalless half-time score in matches witnessing one side fail to score (W2, L1). Since the dissolution of Czechoslovakia, the Czechs have faced the Netherlands twice at the European Championships, returning partial success (W1, L1). Encouragingly, though, they have defeated this opposition in both of their previous competitive meetings, scoring 2+ goals on each occasion. 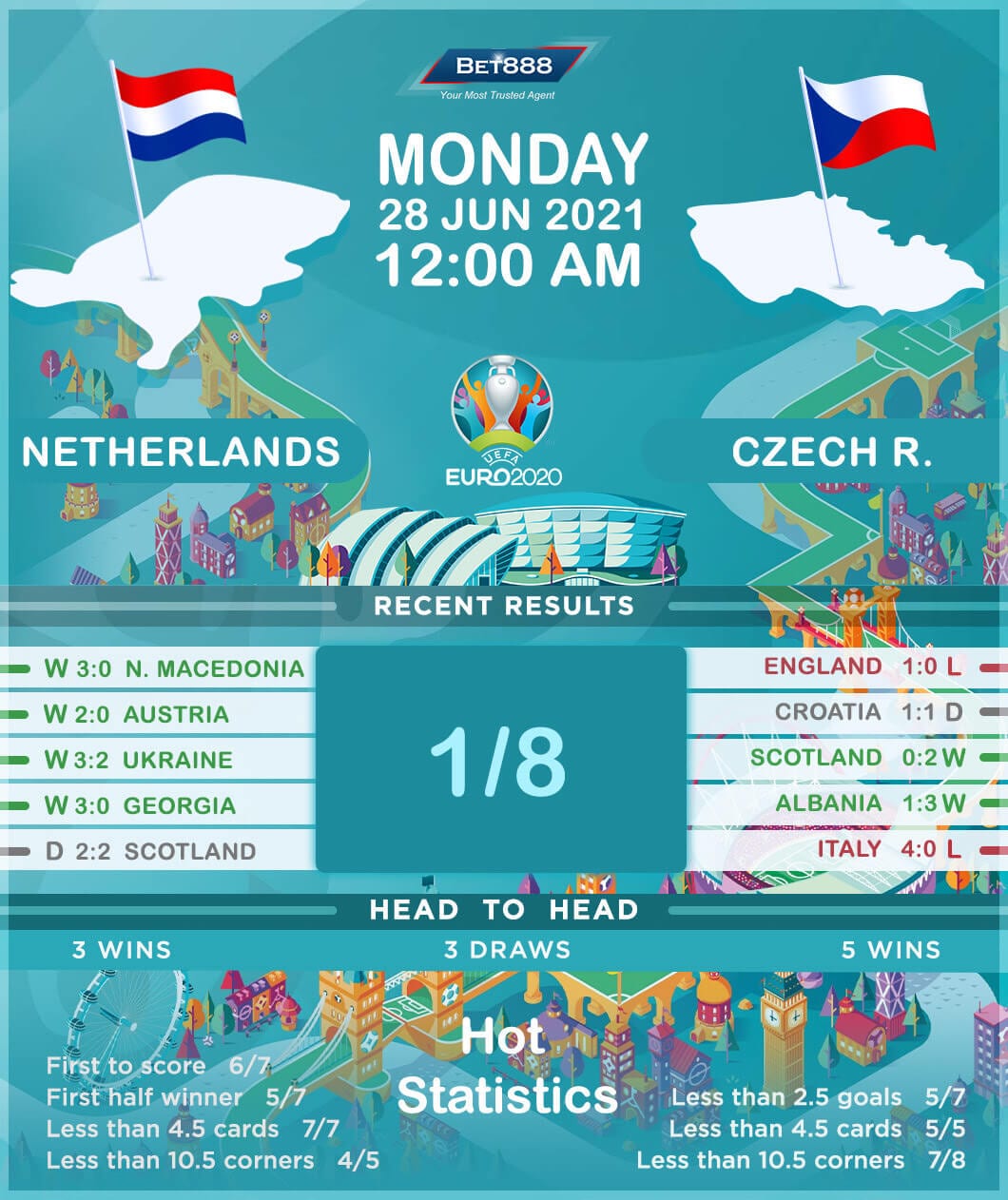