De Grolsch Veste is the venue as the Netherlands and Georgia go head-to-head in an international friendly challenge.

After back-to-back wins against minnows Gibraltar and Latvia by an aggregate score of 9-0, the Netherlands were held to a disappointing 2-2 draw to Scotland in their most recent international outing. But free-scoring Netherlands have netted 2+ goals in their last six matches in a row, averaging 3.00 goals per game. At home, the ‘Oranje’ have gone from two consecutive 1-0 losses to Mexico and Italy to a four-game unbeaten streak, with back-to-back triumphs sandwiched by a pair of draws. Even though they head into proceedings as odds-on favorites to claim a landslide victory, Frank de Boer’s men should be wary of the defensive woes that have seen them fail to keep a clean sheet in five of their last six matches on home soil.

On the other hand, Georgia’s keenly-contested 2-1 away victory over Romania last time out ended a run of eight consecutive matches without winning (D4, L4). Entertainment has been sparse in Georgia’s recent games as eight of their last 12 outings have contained under 2.5 total goals. Though they remain underdogs ahead of the kick-off, the visitors can find some confidence in the fact they’ve got on the scoresheet in six of their last seven fixtures on foreign soil. But, except for a narrow 1-0 win against Estonia in the UEFA Nations League back in September 2020, the ‘Crusaders’ have failed to keep a blank sheet in 12 of their previous 13 away games, including the last five on the spin. 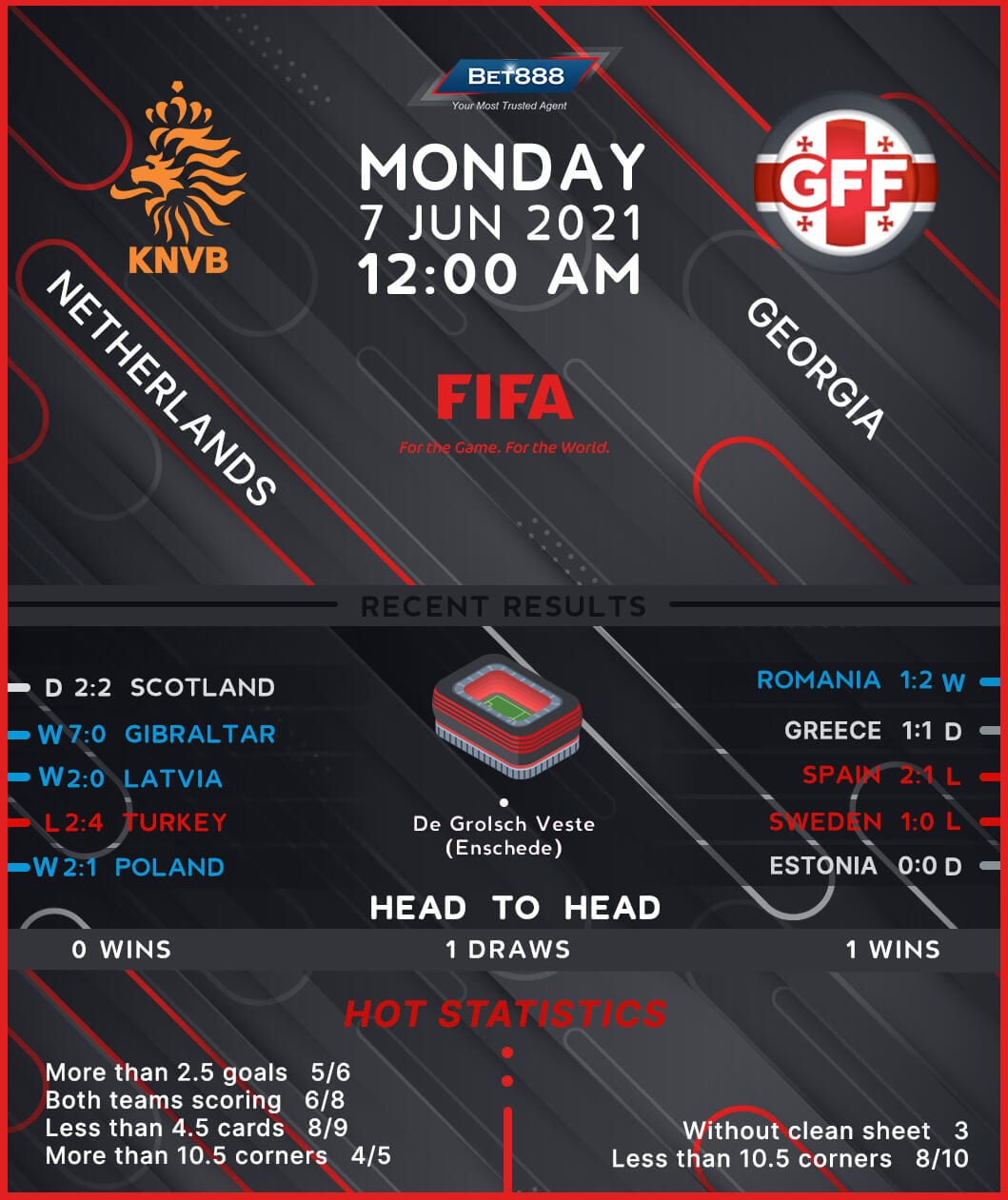