The Netherlands will be looking to get back on track following a poor start to their World Cup Qualifying when they meet Latvia at the Johan Cruijff Arena.

Seeking redemption for a 4-2 thumping to Turkey in their Group G curtain-raiser, the Netherlands take on a Latvia side they’ve scored 11 unanswered goals against across their three H2Hs (W3). Moreover, the ‘Oranje’ have recently been ruthless versus the UEFA nations ranked below the top #100, winning all of their previous six such engagements, five of which via at least a two-goal margin. Always intimidating as hosts, Frank de Boer’s men have racked up 11 victories in their last 14 competitive fixtures on home soil (L3), ten of which were accompanied by a 2+ goal margin. Topically, none of the Netherlands’ last five competitive home games have ended in a draw (W4, L1), with three of their four triumphs in that period seeing them score 3+ goals.

Meanwhile, Latvia’s World Cup Qualifying was off to a flyer as they took the lead against Montenegro only to succumb to a 2-1 defeat in the end. Combating their peers in the UEFA Nations League in 2020, Latvia could only manage four draws in their six outings in the competition (W1, L1), with five of those fixtures featuring under 2.5 total goals. In their last qualifying group for EURO 2020 (now 2021), the ’11 Wolves’ lost all of their five away matches by an aggregate score of 2-15, with all but one of those failures coming by a margin of 2+ goals. In the World Cup Qualifying alone, they have lost 55.56% of their games since the dissolution of the Soviet Union (40/72), accruing only two victories across their last 20 such contests. Dainis Kazakevičs’ men can find some comfort in the fact they avoided defeat in all five away games in 2020 (W2, D3). 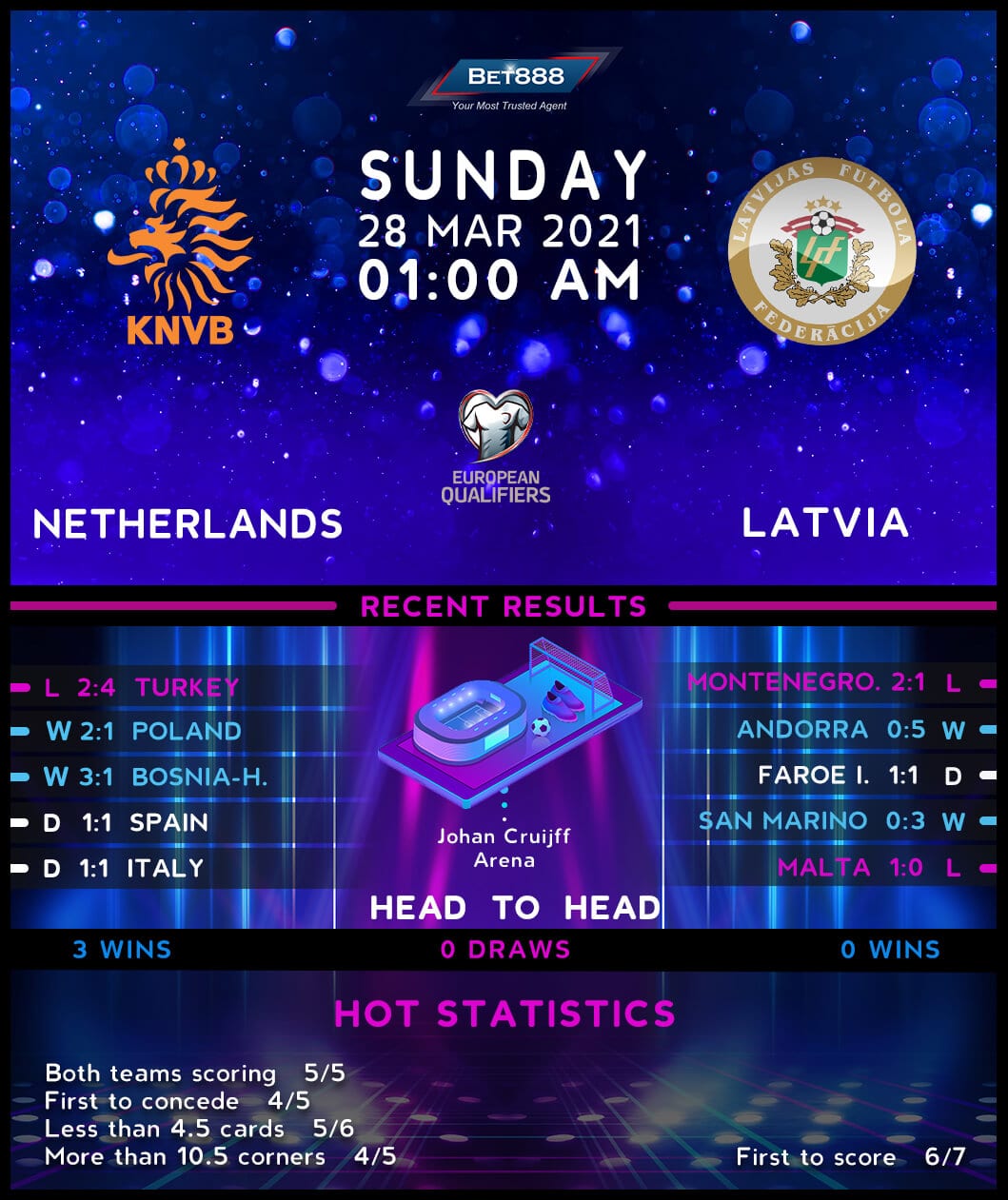