Confident of progressing into the next World Cup round, the Netherlands will be out to give some momentum to their slightly underwhelming Group A campaign. After squeezing past Senegal 2-0 on the opening matchday, the ‘Oranje‘ could only manage a 1-1 draw with Ecuador last time out and now need to avoid defeat here to reach the round of 16. Though they’ve yet to lose in Qatar, Louis van Gaal’s men have scored three times from a mere four shots in target, accounting for their fewest attempts at goal in a single World Cup group stage journey since 1966. On the bright side, they have won all four of their previous World Cup encounters against nations from the AFC confederation by an aggregate score of 11-1.

As for Qatar, a disappointing 2-0 defeat at the hands of Ecuador on day one made them the first-ever host country to lose a World Cup opener, but it was just the beginning. After finding themselves on the wrong side of a 3-1 against Senegal last time out, the ‘Maroon’ could become the first host nation to lose all three group–stage matches at a World Cup. There’s not much Felix Sanchez’s team can hope for here, yet with host countries winning their third-round group fixtures at the World Cup finals before Russia’s 3-0 loss to Uruguay in 2018, there’s still a piece of history backing their case. Back at Al Bayt Stadium, where they lost to Ecuador, Qatar will fall back on their 100% win ratio across three previous outings at this venue. 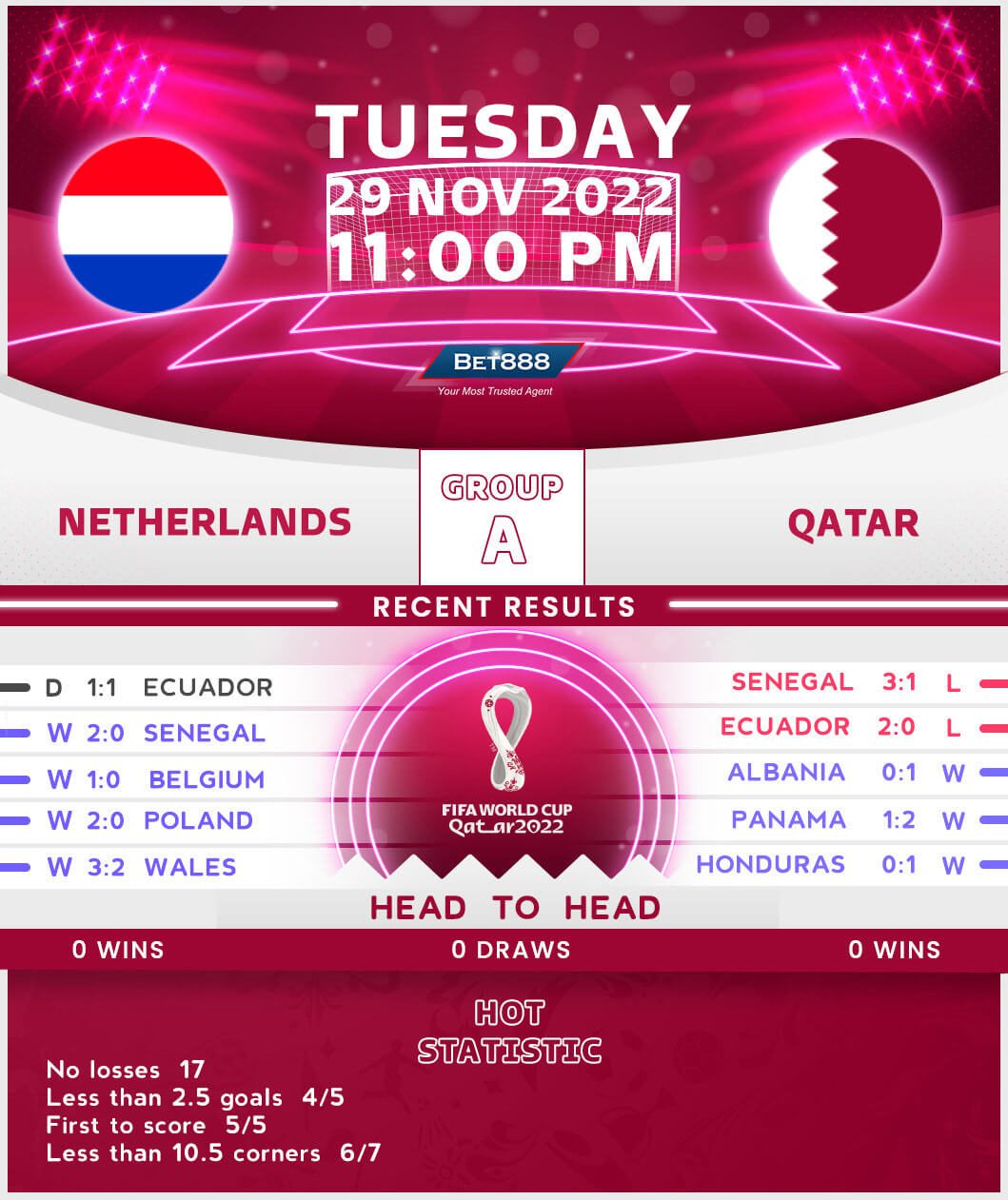