The Netherlands and Scotland are set to trade tackles at the Estádio Algarve in a warm-up fixture ahead of the highly anticipated Euro 2020 tournament.

Ahead of the kick-off, the Netherlands have enjoyed a notable upturn in form, going from five consecutive matches without winning (D3, L2) to four victories in their last five outings (L1). Holland’s form curve has taken an upwards trajectory mainly thanks to their attacking improvement. After netting under 1.5 goals in five successive games, the ‘Oranje’ have scored 2+ goals in each of their last five matches, managing an average of 3.2 goals per fixture. Frank de Boer’s men now go up against a side they have outscored in each of their previous four meetings by an aggregate scoreline of 11-0. The Netherlands’ defensive improvement has seen them keep a clean sheet in back-to-back games after conceding at least once in five straight matches beforehand.

Meanwhile, Scotland’s convincing 4-0 victory over the Faroe Islands in their most recent outing ended a run of four matches without winning (D2, L2). The ‘Tartan Terriers’ have scored four times in the abovementioned triumph, as many strikes as they managed in their previous five games. In fact, a lack of firepower in the front third has seen Scotland net under 1.5 goals in seven of their last nine fixtures. They now meet a nation they haven’t scored against in six of their previous seven encounters, including the last four on the spin. At the other end of the pitch, Steve Clark’s side had failed to preserve a blank sheet in five matches in a row prior to their thumping of the Faroe Islands. 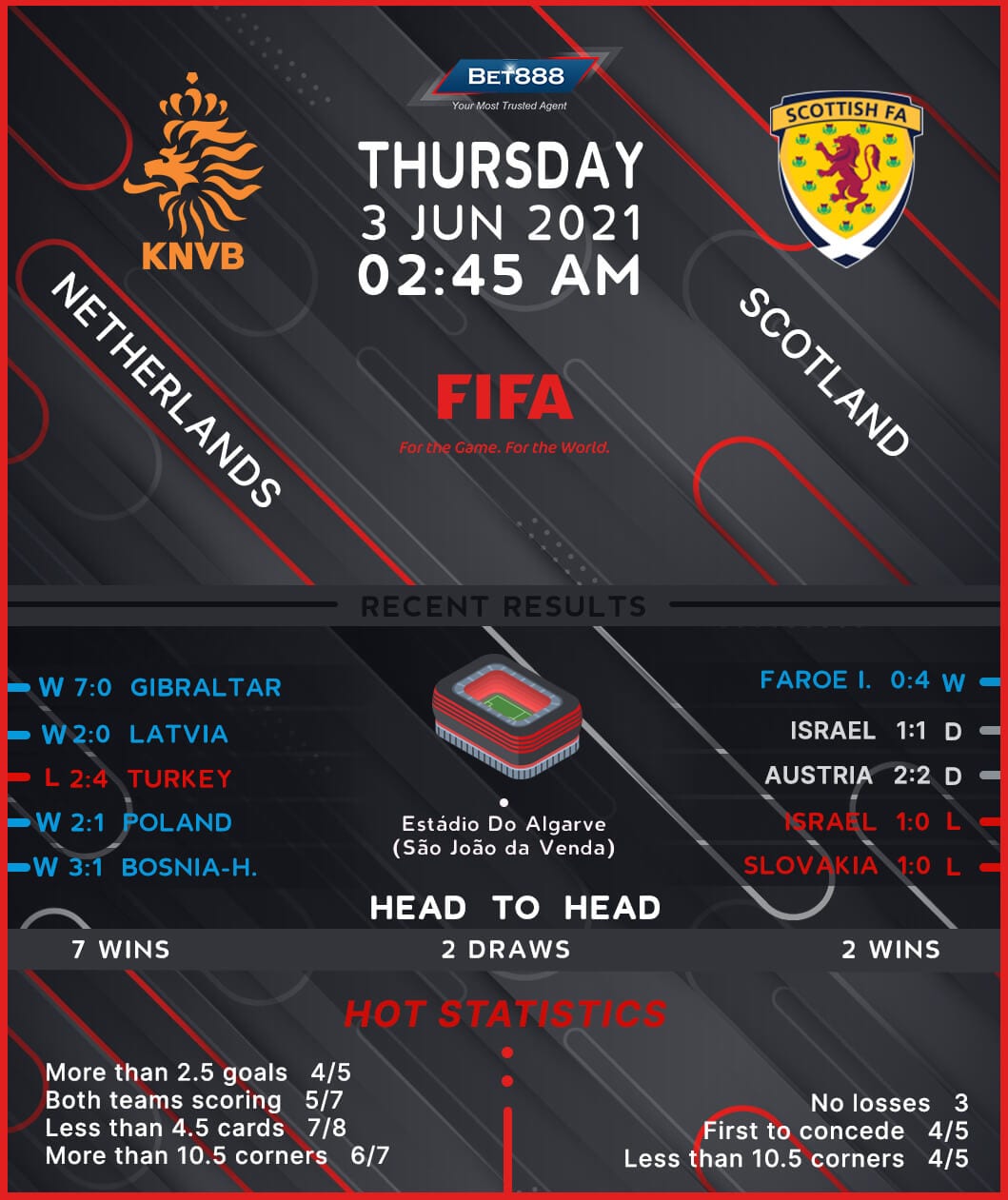