The Netherlands and Ukraine will lock horns at the Johan Cruijff Arena in their Euro 2020 Group C curtain-raiser.

The Netherlands return to a major international tournament after missing out on Euro 2016 and the 2018 World Cup, as they have qualified for their tenth UEFA European Championship. Only Germany (6) have reached the European Championship semi-finals on more occasions than the Netherlands (4) since the 1998 edition, albeit the ‘Oranje’ last qualified for the final four back in 2004. Moreover, the Netherlands’ last appearance at the Euro finals saw them lose all three group stage fixtures by an aggregate score of 5-2. Curiously, though, they have played out only two draws in their previous 22 games at major international tournaments, including World Cup and Euro. Since suffering a 4-2 away defeat to Turkey in the 2020 World Cup qualifying campaign, Frank de Boer’s men have gone unbeaten in their subsequent four international matches (W3, D1).

In the meantime, the Ukrainians have reached the European Championship tournament for the third time in a row since securing their first appearance in the competition back in 2012. Since beating Sweden 2-1 in their first-ever Euro match, they have succumbed to five Euro defeats in a row. They now face the risk of equalling the negative tournament record of six consecutive losses set by Yugoslavia from Euro 1968 to Euro 1984. Despite racking up 67 attempts on goal across their last five European Championship fixtures, Andriy Shevchenko’s men failed to get on the scoresheet on each occasion en route to establishing a negative competition record. Ahead of this weekend’s kick-off, the ‘Main Team’ haven’t lost any of their last six internationals (W2, D4) after suffering three defeats on the bounce beforehand. 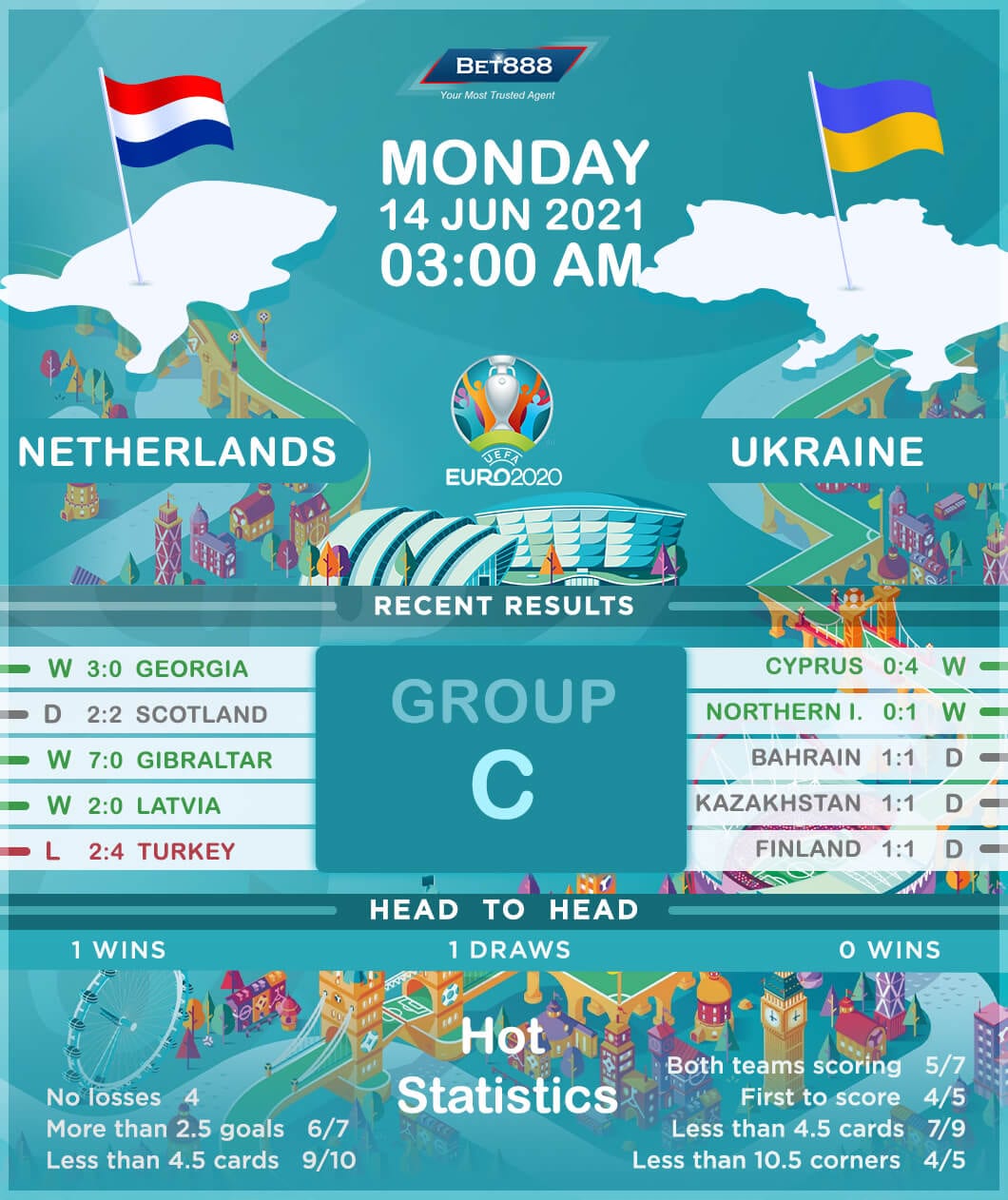