Since falling to a 3-2 defeat away to DC United in late April, New England Revolution have gone unbeaten in nine MLS games (W4, D5), clawing their way back into the Eastern Conference playoff zone. Yet, a lack of consistency has seen them alternate between drawing (4) and winning (3) across their last seven MLS outings. Bruce Arena’s side came from a 1-0 halftime deficit to beat Minnesota United 2-1 in their most recent home league outing, halting a run of three scoring MLS home draws. After winning five successive top-flight meetings with Cincinnati, the ‘Revs’ are understandably huge pre-match favourites to take home another three points.

As for visiting Cincinnati, an action-packed 4-4 draw at New York City last time out extended their unbeaten league streak to three matches (W1, D2). However, the visitors are not in a good place at the moment, having won just one of their last five MLS fixtures (D2, L2), conceding 3+ goals on three occasions. Pat Noonan’s side will fight tooth and nail not to allow New England to draw first blood, as they’ve gone winless in all five MLS matches in which they conceded the opener this season (D1, L4). But after keeping zero clean sheets in their last four competitive away games, they must be feeling concerned about their prospects in this one. 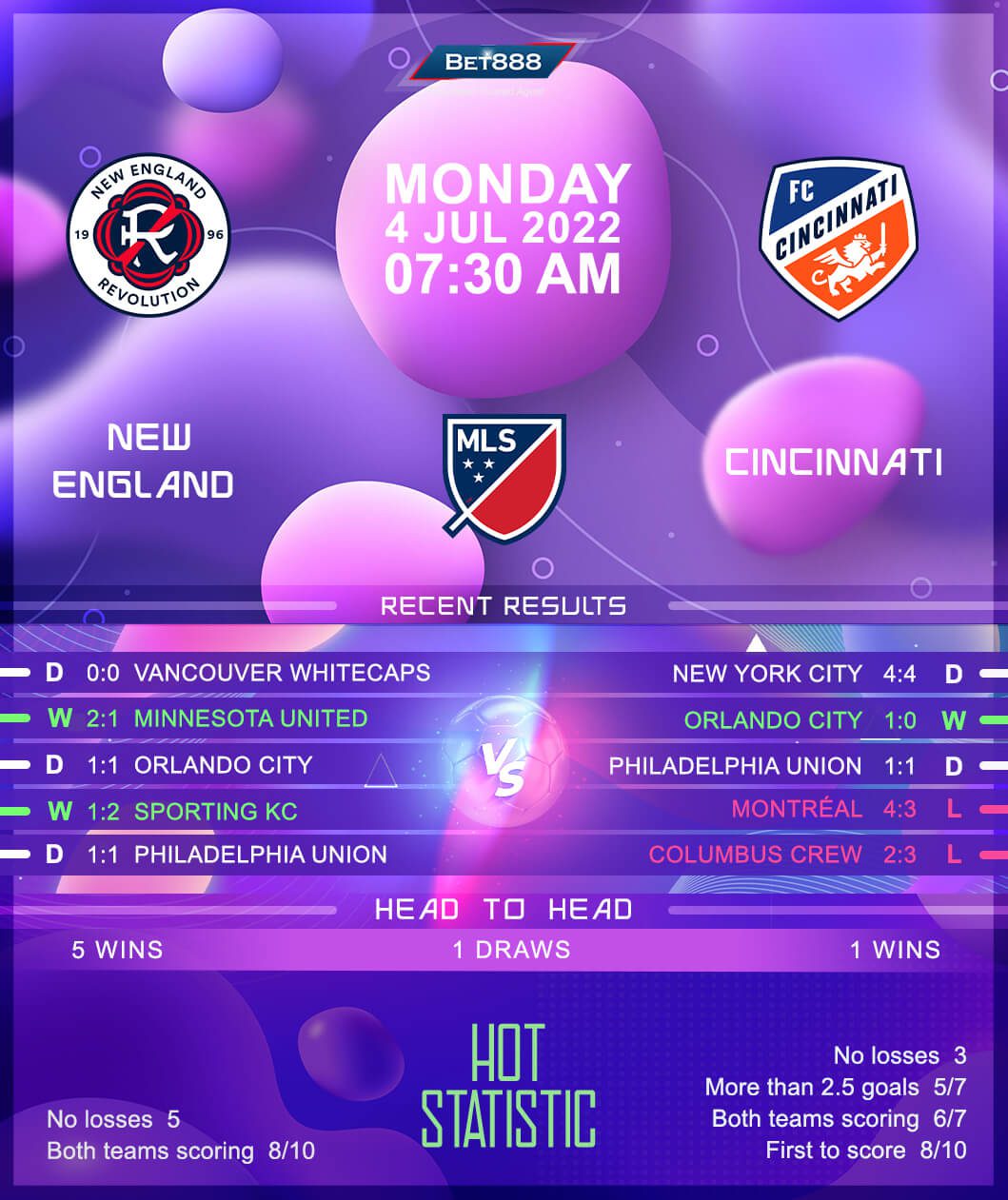