St James’ Park is the venue as Arsenal look to continue their imperious run against Newcastle United in the Premier League. The London giants have won 15 of their last 16 top-flight H2Hs (L1).

Newcastle have gone undefeated in their last four Premier League matches (W2, D2) since losing 3-0 at Brighton on Matchday 29, despite trailing at half-time on three occasions in that run of fixtures. However, the ‘Magpies’ have lost five consecutive top-flight meetings against Arsenal by an aggregate score of 12-1, drawing a blank in each of the last four. By extension, Newcastle have secured just three victories in their previous 22 Premier League encounters with this opposition at St James’ Park (D8, L11). Another thing that may concern Steve Bruce is his team’s inability to keep a clean sheet at home. Indeed, United have registered just a single shutout in their last 20 home matches in the Premier League, courtesy of a goalless draw with Liverpool back in December. Curiously, each of their last eight league games here has seen both teams score.

On the other hand, a dismal 1-0 home defeat to Everton last time out struck a devastating blow on Arsenal’s hopes of securing a top-seven finish as they take the field trailing seventh-placed Tottenham by seven points. However, the ‘Gunners’ have not lost any of their last four away Premier League fixtures (W3, D1), scoring precisely three goals per match three times in the process. A lack of concentration before half-time has seen the Londoners register a clear majority (88.24%) of their total Premier League goals conceded on the road in the second half of play (15/17). Notably, though, Mikel Arteta’s men boast a 100% conversion rate in the Premier League games that saw them pick up a half-time lead this season (W7). Yet, the visitors go into this showdown on the back of a 2-1 first-leg defeat to Villarreal in the UEFA Europa League semi-finals. 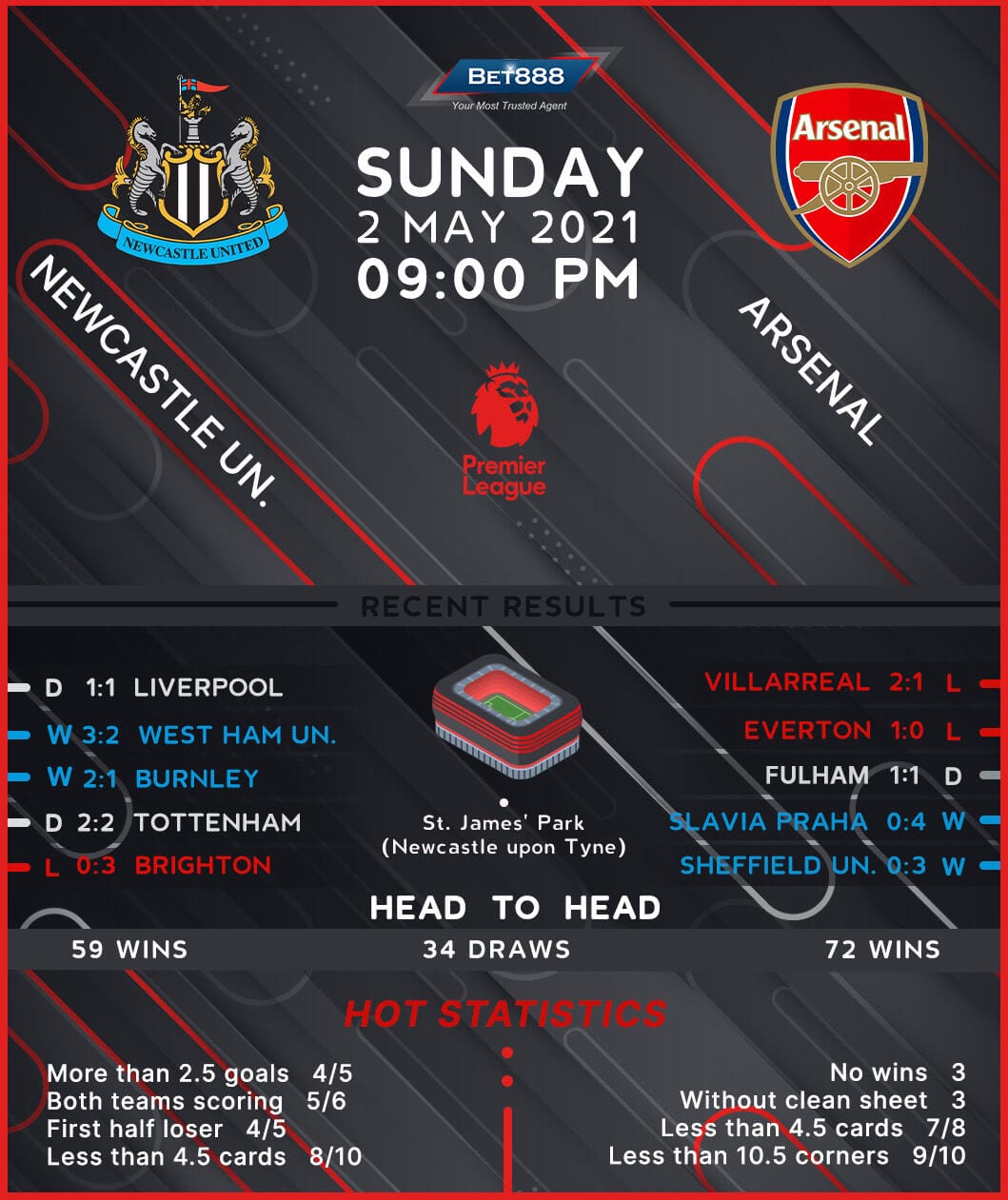