Relegation-battling Newcastle United will be looking to build on their recent renaissance when they lock horns with a mid-table Aston Villa side at St James’ Park.

Backed by a raft of high-profile January signings, Newcastle United have won their last two Premier League matches in a row after picking up just one victory in their opening 20 top-flight outings this term (D9, L10). With a one-point lead and two games in hand on 18th-placed Norwich City, the ‘Magpies’ are starting to feel confident about their survival chances. Based on their Premier League H2H record of late, the hosts seem likely to remain on the upwards trajectory, as they’ve not lost any of their last 12 meetings with Villa at St James’ Park in the competition (W6, D6). Another win would see Newcastle string together three Premier League triumphs for the first time since November 2018. After losing seven out of 11 top-flight games in which they conceded first this term (W1, D3), they’ll likely have to avoid falling behind to achieve that feat.

In the meantime, Aston Villa have gone from back-to-back Premier League defeats to three consecutive league matches without losing (W1, D2) despite conceding the opening goal in both of those draws. However, none of Villa’s last 15 Premier League away games have ended level (W6, L9), with Steven Gerrard’s side alternating between victories and defeats in their last five road trips in the competition (W3, L2). Regardless of the outcome, the ‘Lions’ are likely to at least get on the scoresheet here, having drawn a blank in just three of their 22 Premier League outings this season. What’s more, the visitors have found the net in ten of their 11 league matches under Gerrard’s stewardship. Following a 2-0 win in the reverse fixture in August, Villa could complete their first Premier League double over Newcastle since 2004/05. 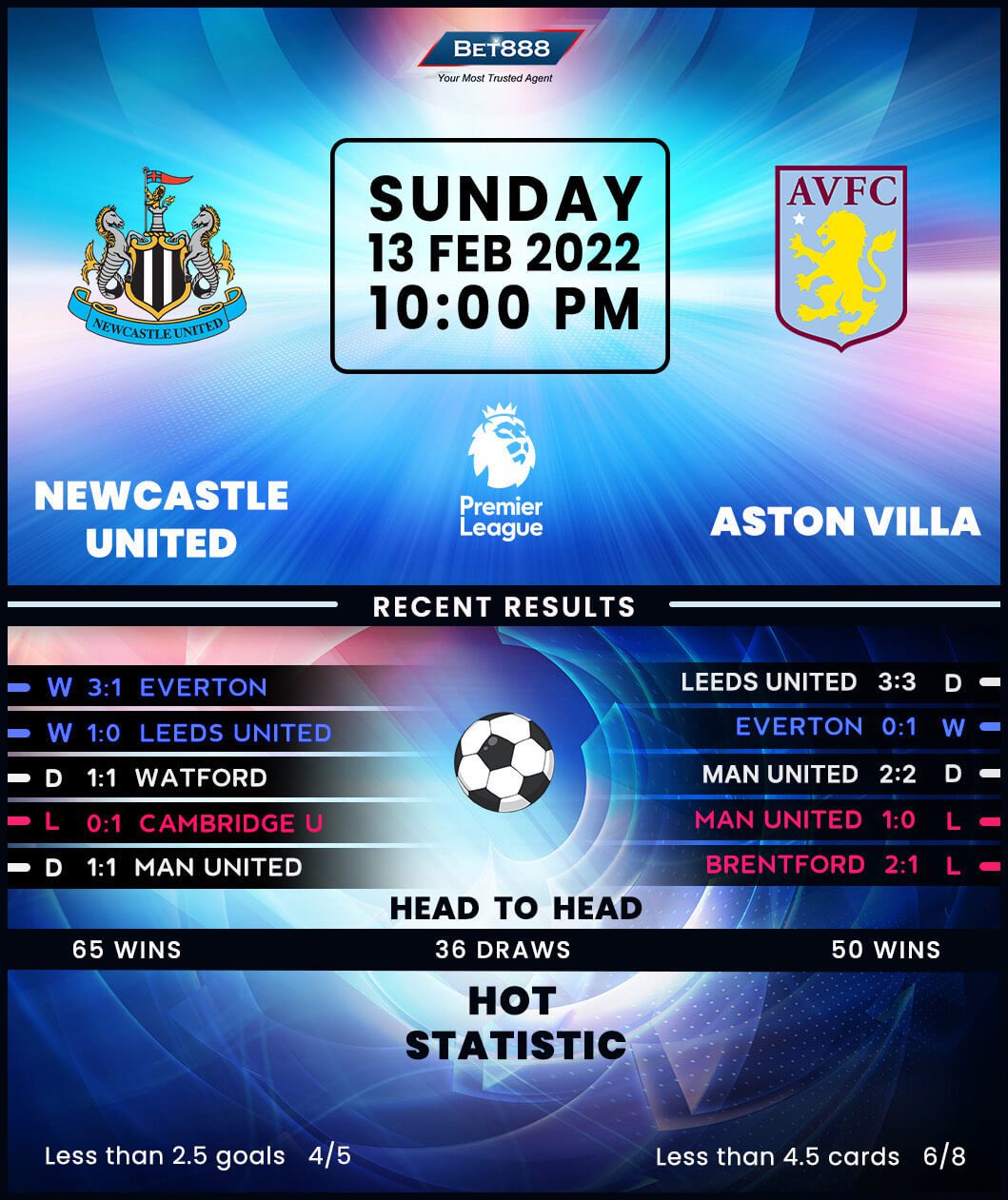