Newcastle’s Premier League wobble continued last weekend with a dismal goalless away draw with rock-bottom Sheffield United that saw them bring their winless streak in the top-flight to four matches (D2, L2). At home, the ‘Magpies’ have gone from three consecutive Premier League defeats to back-to-back games without losing (W1, D1), with each result (win/loss) in that spread of fixtures seeing over 2.5 goals and both teams scoring. It will be a daunting prospect for Steve Bruce’s men to find their feet now, as they take on an Aston Villa side they have failed to beat in any of their three top-flight meetings (D1, L2) since the ‘Lions’ returned to top-flight last season. Newcastle failed to score in two of those three H2Hs, which has been the case in five of their last 11 Premier League outings.

Meanwhile, Aston Villa have drawn two of their last five Premier League matches (W1, L2), as many as they had in their previous 21 in the competition (W11, D2, L9). Entertainment has been relatively sparse in Villa’s recent top-flight fixtures, as five of the last six have featured under 1.5 FT goals. Topically, eight of their previous 11 Premier League games have seen one or both sides fail to get on the scoresheet. Scoring the opening goal will be of the essence in the context of Villa’s away fortunes in the Premier League this term. Dean Smith’s men have won seven of the eight league trips in which they opened the scoring so far (all to nil), but four of the five away games in which they fell behind, they lost (D1). 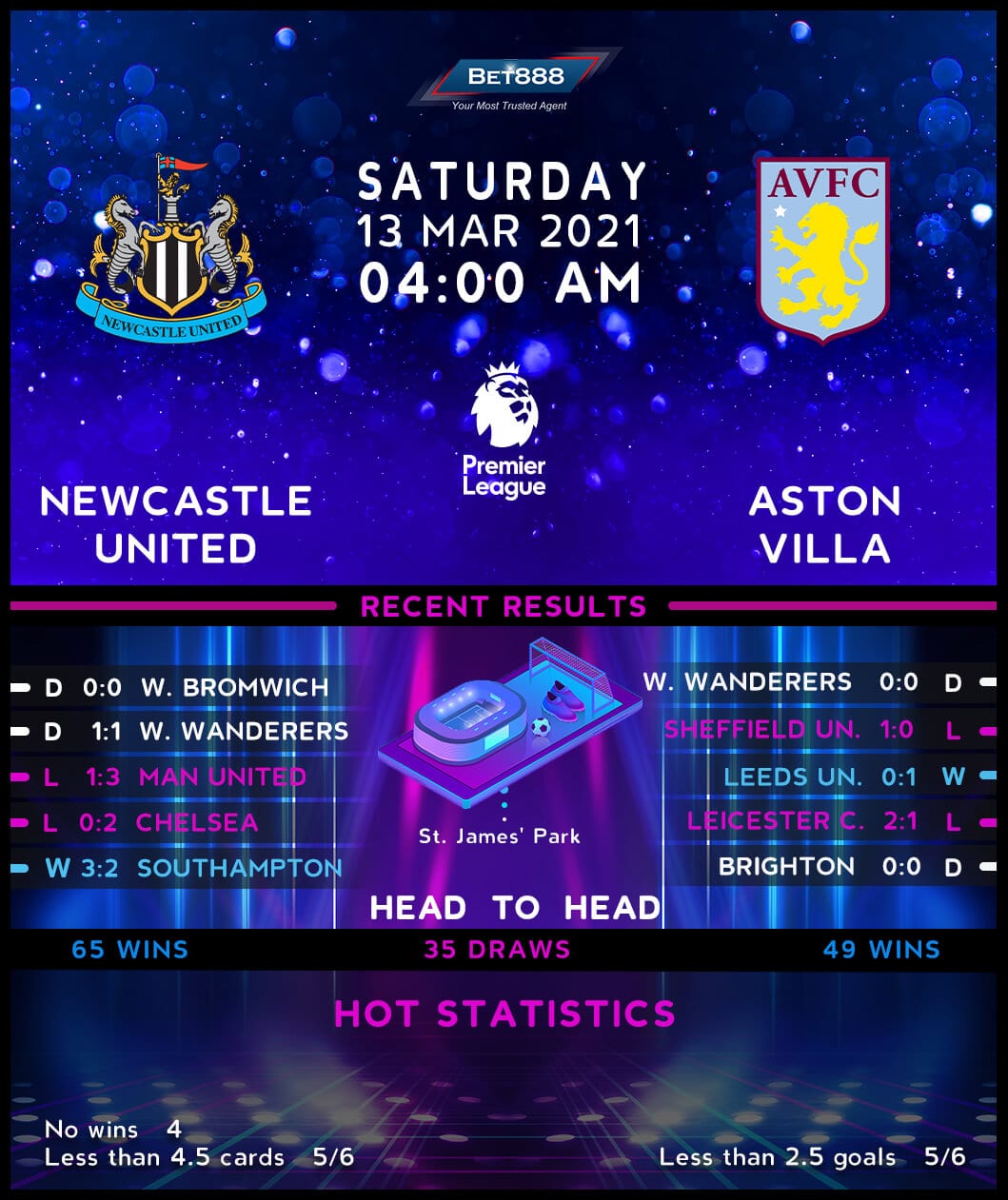