Newcastle United and Liverpool go head-to-head at St. James’ Park in a potentially high-scoring Premier League fixture. Each of their last three top-flight H2Hs has seen over 3.5 goals and both teams on the scoresheet.

Newcastle have gone winless in three Premier League games in a row since defeating WBA 2-1 at home on Matchday 12 (D1, L2), conceding precisely one first-half goal on each occasion. Curiously, St. James’ Park has been a venue of entertainment this season, as five (71.43%) of the seven top-flight fixtures held here have seen over 2.5 total goals. Despite avoiding defeat in both of their previous home Premier League matches (W1, D1), it will be a daunting prospect for Newcastle to maintain this run. Indeed, they take on a side they’ve failed to win against in each of their last three Premier League meetings held at this stadium (D1, L2). Yet, the ‘Magpies’ have found the net in each of those three clashes, which has been the case in five of their last six home Premier League outings.

Meanwhile, Liverpool take the field after racking up an impressive 11-game undefeated Premier League streak (W6, D5), though they were held to a dismal 1-1 home draw to WBA last time out. However, the ‘Reds’ have failed to land all three points in five of their six previous league trips (D4, L1) despite scoring the opening goal on four of those occasions. Perhaps surprisingly, but no team from the upper half of the table has conceded more away goals than Liverpool (12) so far, though it’s worth noting that seven of them arrived in a 7-2 hammering to Aston Villa on Matchday 4. Still, Jurgen Klopp’s men have won each of their last five top-flight meetings with Newcastle, four of which by at least a two-goal margin. 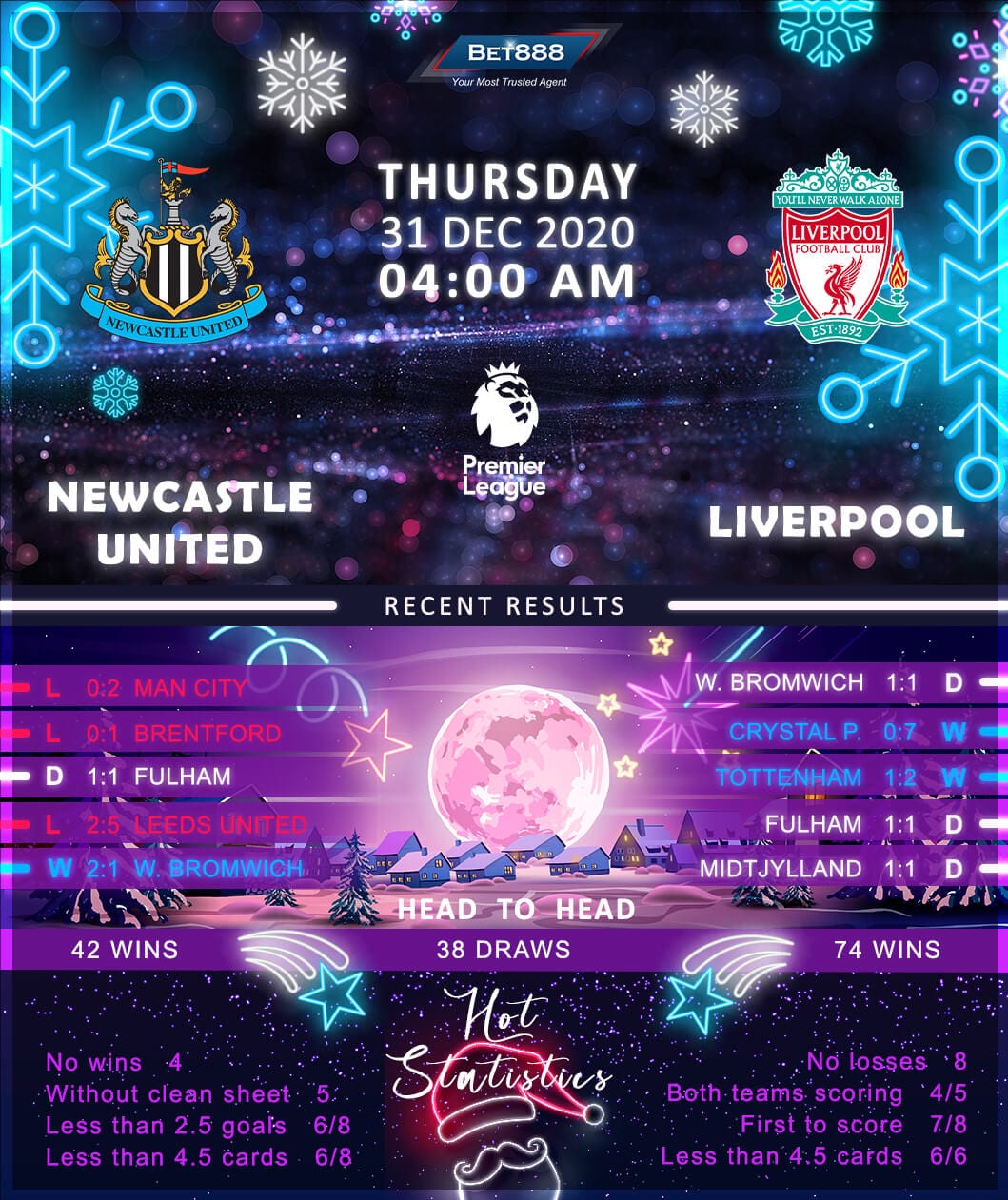