Newcastle United and Manchester City go head-to-head at St James’ Park in the visitors’ first league fixture since being crowned the champions.

Newcastle have managed to outscore Man City only once in their last 12 Premier League encounters (D3, L8), failing to find the net on six occasions (50%). By extension, the ‘Magpies’ have registered just a single victory in their last 26 top-flight H2Hs (D4, L21). They have tallied just 41 attempts on goal across their seven Premier League meetings with Pep Guardiola’s City, losing their last three H2Hs in all competitions by an aggregate scoreline of 9-0. Steve Bruce’s men have claimed just two triumphs in their nine home league matches since the calendar flipped to 2021 (D3, L4). Before a 2-0 loss to Arsenal in their most recent Premier League home outing, Newcastle had got on the scoresheet in eight consecutive home league games at St James’ Park.

Meanwhile, Man City can become the first club in English top-tier football history to win 12 consecutive away league matches in the top-flight and avoid defeat in 23 road fixtures in all competitions. Having kept a clean sheet in 16 away games across several competitions so far this season, the ‘Citizens’ could become only the fourth club in top-flight football to record 17 away shutouts in a single campaign. None of Man City’s last 23 Premier League matches have ended level (W20, D3) since a 1-1 home draw with West Brom in mid-December. Curiously, the visitors have opened the scoring in each of their last four Premier League trips to Newcastle but managed to win just once in that sequence (D2, L1). 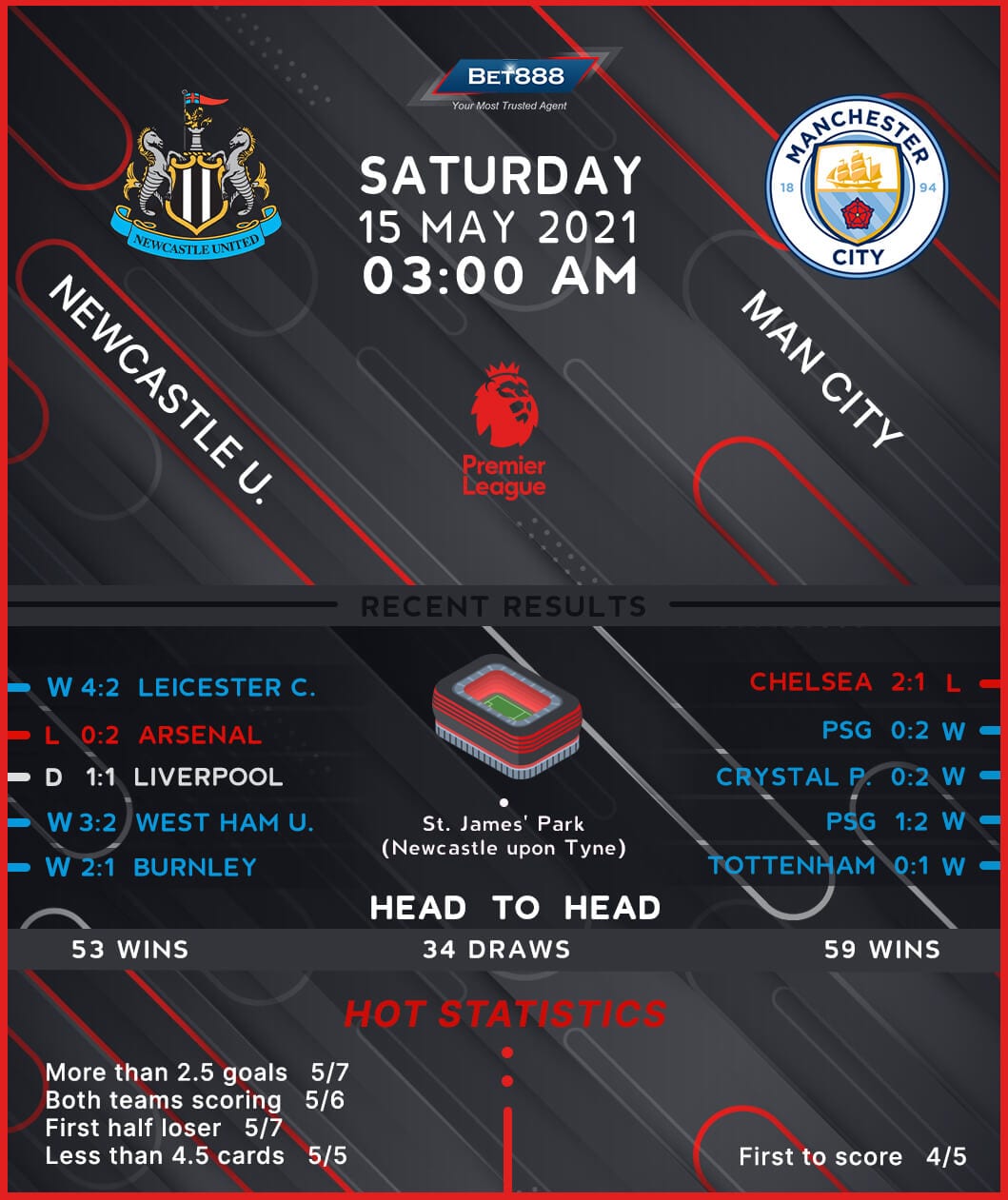