Stakes are high for both Newcastle United and Tottenham Hotspur as the two sides go head-to-head at St. James’ Park in an exciting Premier League match-up.

Newcastle have gone winless in six Premier League matches on the bounce (D3, L3) since outscoring Southampton 3-2 at home on Matchday 23, as they head into proceedings harboring a fragile two-point lead on 18th-placed Fulham. A genuine lack of firepower in the front third saw United draw a blank three times across the abovementioned six games, netting precisely once in the other three. Having that said, each of Newcastle’s last six home league fixtures has seen both teams on the scoresheet, albeit Steve Bruce’s men have failed to score in the first half on four occasions. After ending on the losing side in each of their last three Premier League H2Hs as hosts, the ‘Magpies’ face the risk of succumbing to four consecutive top-flight home defeats to Tottenham for the first time in the club’s history.

On the other hand, the visitors have won four of their last five Premier League games (L1), as many victories as they had in their previous 15 in the competition (D4, L7). An upturn in form has seen Tottenham whittle down the gap on fourth-placed Chelsea to three points. Away from home, the ‘Spurs’ have not drawn a single Premier League match since a 1-1 draw at Wolverhampton on Matchday 15 (GP7 – W3, L4), alternating victory with defeat in the last four. Tottenham’s desire for success in this showdown will hinge on their first-half performance, knowing they boast a 100% unbeaten rate across the Premier League games in which they were in front at half-time this season (GP14 – W9, D5). The visitors should feel comfortable here after picking up five triumphs in their last six top-flight clashes against Newcastle (L1), more than they managed in their previous 26 H2Hs in the competition (W4, D9, L13). 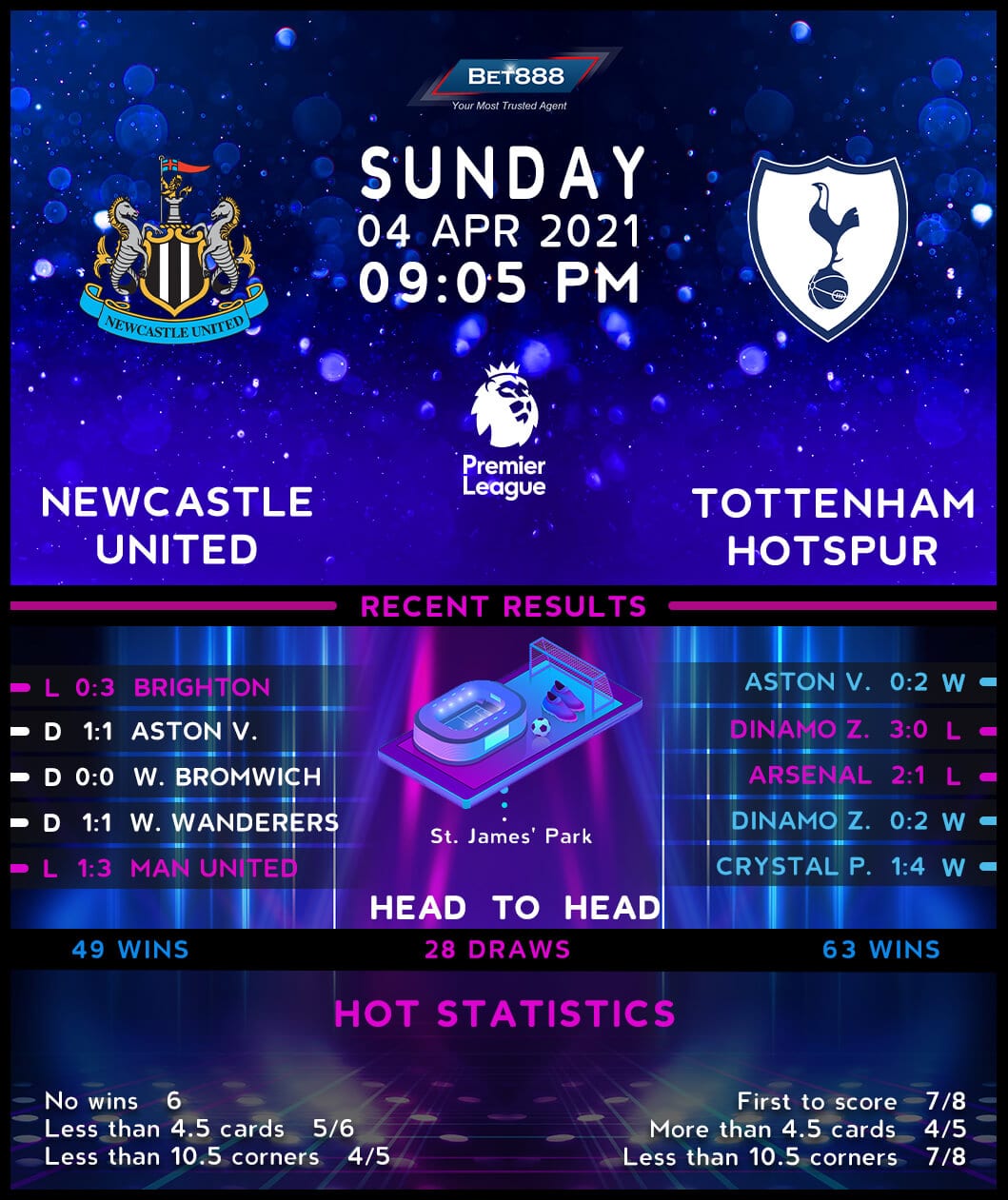