Newcastle staged a breathtaking second-half comeback to win 2-1 at Burnley last time out, putting an end to their dismal seven-game winless streak in the Premier League (D4, L3). Steve Bruce’s men will now be looking to post back-to-back top-flight victories for only the second time this season. Furthermore, after eking out a 2-0 triumph at the London Stadium in the reverse fixture, Newcastle could claim their fifth league double over West Ham, first since the 2017/18 campaign. As ever, starting well will be a priority, especially considering the hosts have failed to win any of the six home Premier League games in which they conceded first this season (D2, L4). Ahead of the kick-off, all of Newcastle’s last three home league matches have ended in a draw, with the ‘Magpies’ getting on the scoresheet first twice in the sequence.

On the other hand, West Ham’s keenly-contested 3-2 home victory over Leicester City last time out means they have scored precisely three first-half goals in each of their last three Premier League outings (W2, D1). Delivering action from the onset, the ‘Hammers’ have either scored or conceded inside the opening 15 minutes of play in 46.67% of their Premier League trips this season (7/15), with 53.33% of their away league fixtures so far featuring over 1.5 first-half goals. However, the Londoners have secured just two triumphs in their last 16 Premier League visits to St. James’ Park (D6, L8), with both of those successes being accompanied by a clean sheet. Unfortunately for David Moyes, his men have failed to register a shutout in five of their last six away Premier League games, albeit they’ve allowed an average of just 1.00 goal per match in the process. 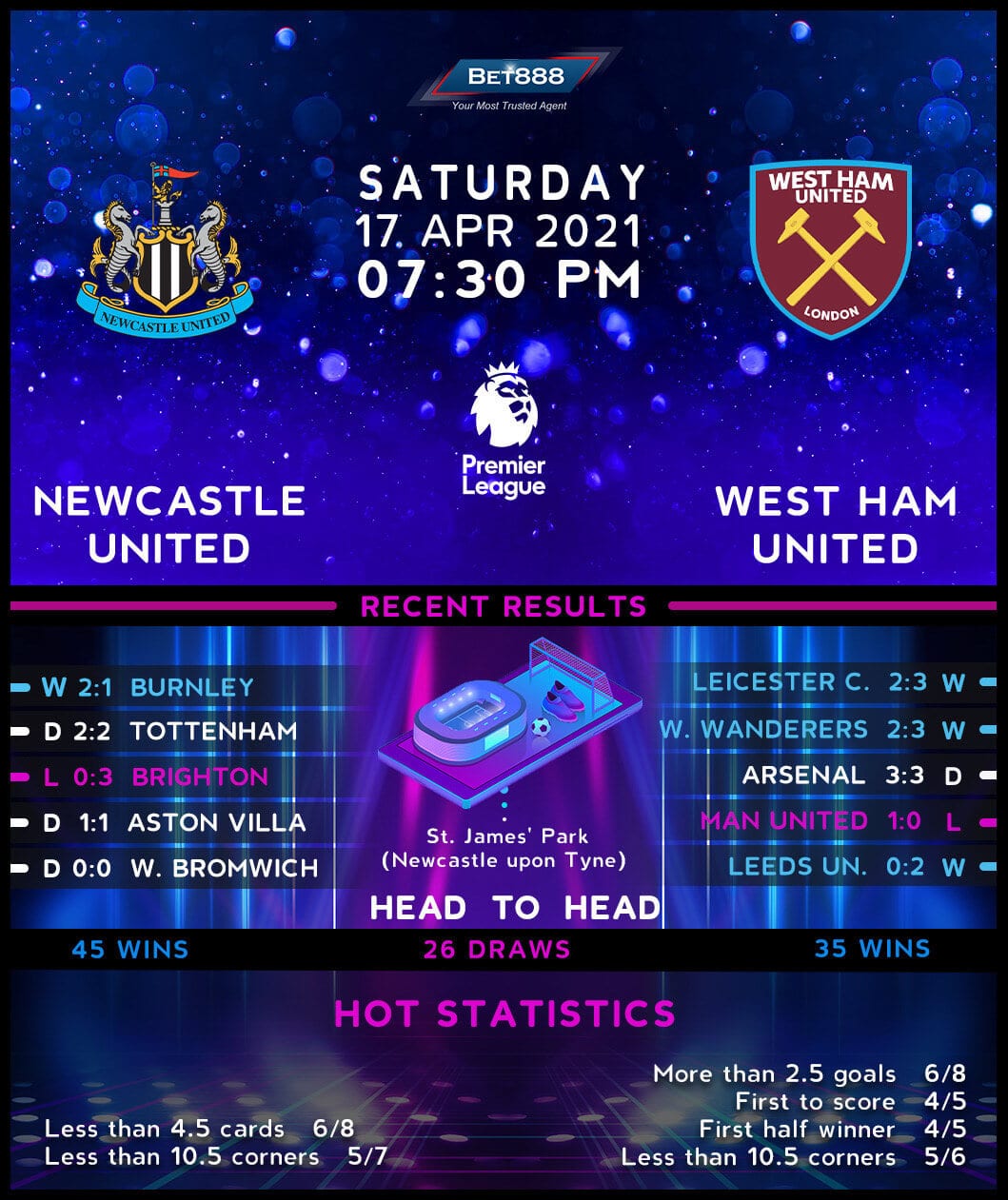