Nice will be looking to turn the tables on Bayer Leverkusen when the two teams meet at the Allianz Riviera and keep their hopes of qualifying for the UEFA Europa League knock-out stage alive.

The hosts have lost three of their opening four group stage matches (W1), conceding over 2.5 goals in each defeat. At the other end of the pitch, ‘Les Aiglons’ have found the net in all four of their Europa League outings this season, with half (3) of their six goals scored across those games coming within 35 minutes of play. A 6-2 defeat in the reverse fixture on Matchday 1 means Nice have lost each of their last four European meetings with Bundesliga opponents, conceding an average of 3.25 goals across those failures. Furthermore, six of their seven previous matches in the Europa League have ended in a loss, with a 1-0 home win over Hapoel Be’er Sheva on Matchday 1 being the lone exception. Curiously, none of Nice’s eight home matches in the Europa League group stage has ended in a draw (W4, L4), with five of those results (win/loss) seeing the victor keep a clean sheet.

Meanwhile, the visitors have won three of their four Europa League group stage fixtures this season (L1), including the last two, and will qualify for the round of 32 if they can avoid losing here. Except for a 1-0 defeat to Slavia Praha on Matchday 1, a rampant Leverkusen side has netted over 3.5 goals in each of the remaining three group stage matches, mustering a tournament-high 14 goals in total. The majority (64.29%) of those goals came in the second half of play (9/14). Notably, ‘Die Werkself’ have won seven of their nine previous games in the Europa League (L2). However, they have picked up just one victory in their last eight UEFA European trips to France (D3, L4), with that only win arriving in 2001. 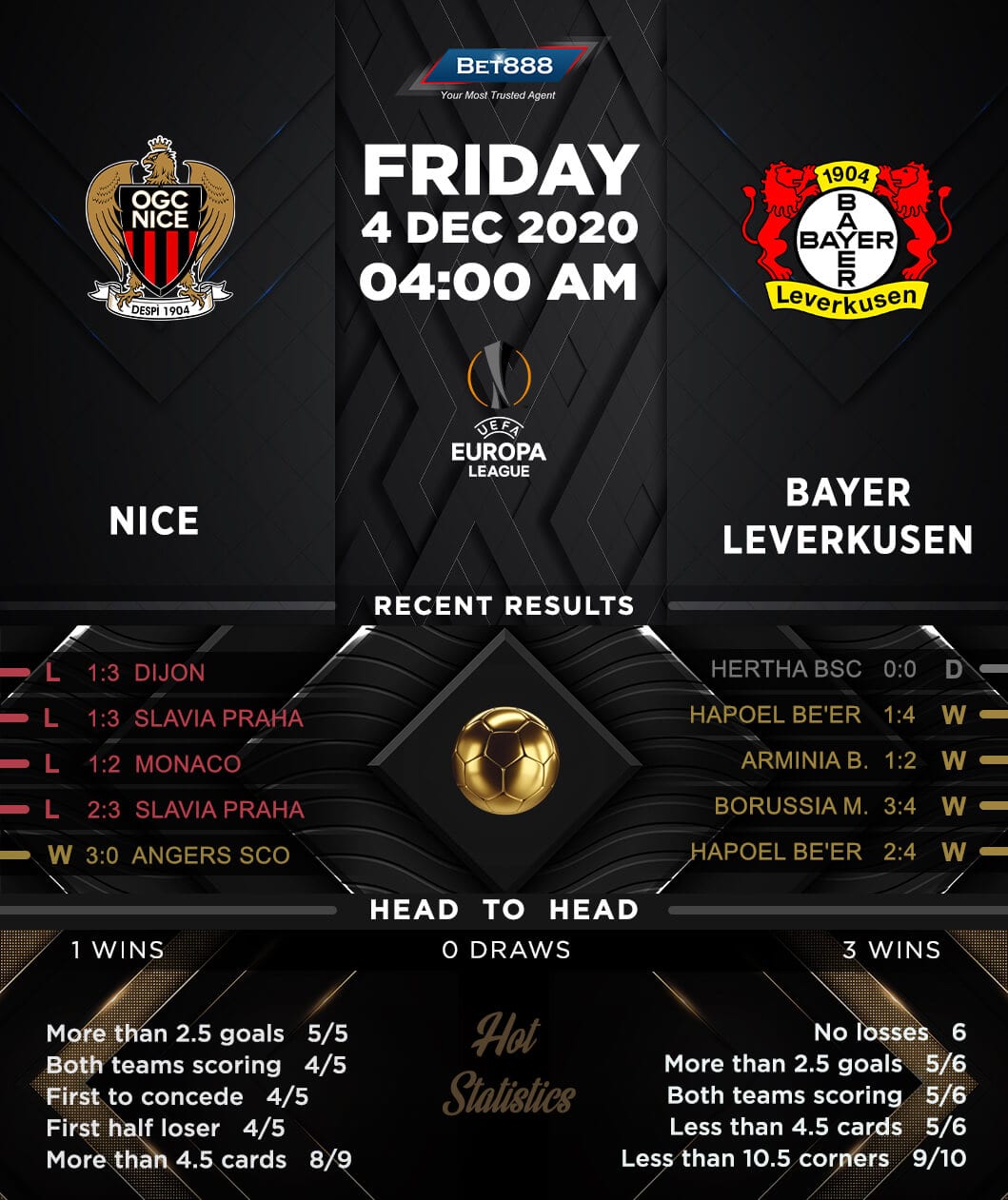