Nice and Nantes are set to battle it out for the title in France’s oldest national football tournament as the two sides lock horns in the Coupe de France final at the Stade de France.

Nice head into proceedings in high spirits after winning their last two Ligue 1 matches by an identical 1-0 scoreline, seeking their first Coupe de France title since 1997. ‘Les Aiglons’ have enjoyed a stellar road to the grand final, ousting bitter rivals Paris Saint-Germain and Marseille in the opening four rounds. After securing their fifth appearance in the Coupe de France final, Nice will now be looking to maintain their impressive record in the tournament’s showpiece (W3, L1) as manager Cristophe Galtier looks to complete his eye-catching trophy cabinet. After leading Lille to last season’s Ligue 1 title and Saint-Etienne to the League Cup crown in 2013, the Coupe de France is the only major national trophy he is missing. With wins in their last four league H2Hs, Nice should feel confident about getting the final over the line.

On the hand, Nantes’ first appearance in the Coupe de France final since the triumphant 1999/2000 campaign has come as the reward for a decent domestic season that is likely to conclude in a mid-table Ligue 1 finish. But it’s worth noting that ‘Les Canaris’ have overcome just one top-flight opponent en route to claiming their berth at the Stade de France, courtesy of a penalty shoot-out triumph over Monaco in the competition’s semi-finals. Yet, Antoine Kombouaré’s men will take the field amid a rotten patch, having won just one of their last five league matches (D3, L1), all of which saw them fail to keep a clean sheet and three witnessing them concede 2+ goals. Motivation should not be lacking in the Nantes camp, as a potential triumph here would qualify them for a European competition for the first time since 2004/05. 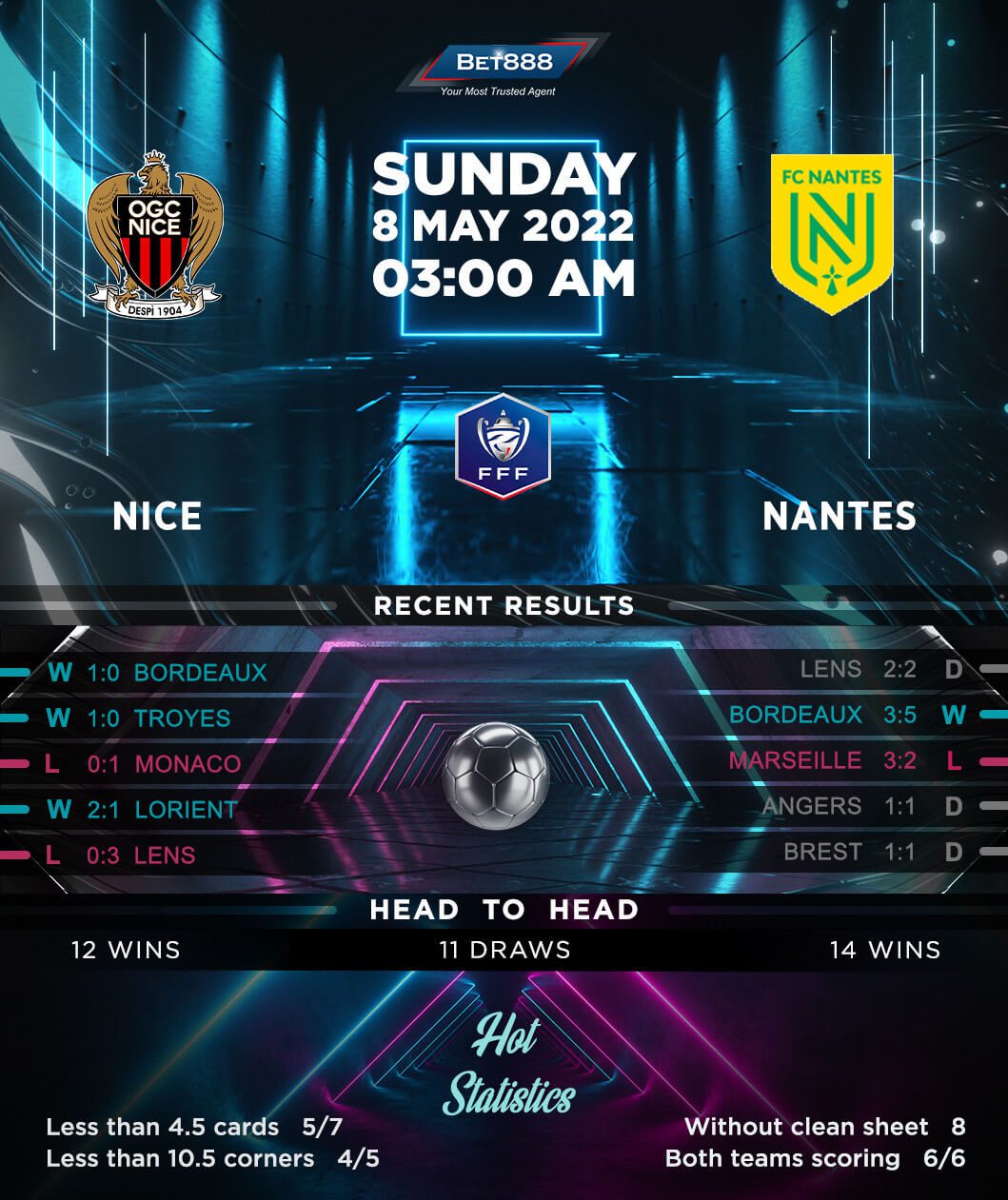