Nice and Olympique Lyonnais are set to face-off at the Allianz Riviera in a potentially tight Ligue 1 contest. Though none of their last six H2Hs has ended level, five have been decided by a single-goal margin.

Nice secured a 2-0 away victory over Nimes last time out to put an end to their four-game winless Ligue 1 run (D1, L3), but they take the field after failing to win any of their last four home league games (D1, L3). The hosts have netted under 1.5 match goals in all of those four fixtures, drawing a blank in the first half on each occasion. In fact, Adrian Ursea’s men have lost five consecutive home matches in all competitions heading into this encounter, conceding 2.4 goals across that period. Particularly vulnerable before the break, Nice have registered 66.67% (8) of their 12 home Ligue 1 goals conceded this term in the first half. However, ‘Les Aiglons’ have won four of their last five Ligue 1 meetings with Lyon at home (L1), keeping a clean sheet in three of those wins.

Meanwhile, Lyon have avoided defeat in 12 Ligue 1 games (W7, D5) since losing 2-1 to Montpellier in September, though they did concede a late equalizer to draw 2-2 with Brest last time out. Lyon’s away league matches have been notably tight this season, as seven of their eight such fixtures have ended separating the teams by under 1.5 goals (W4, D3, L1). But, ‘Les Gones’ have hit the opening goal in four of their last five Ligue 1 trips, which has been the case only once in their six previous away top-flight meetings with Nice. Early action has, however, been at a premium for Rudi Garcia’s side this term, as just one of their eight away Ligue 1 games has seen a goal scored within 15 minutes of play. 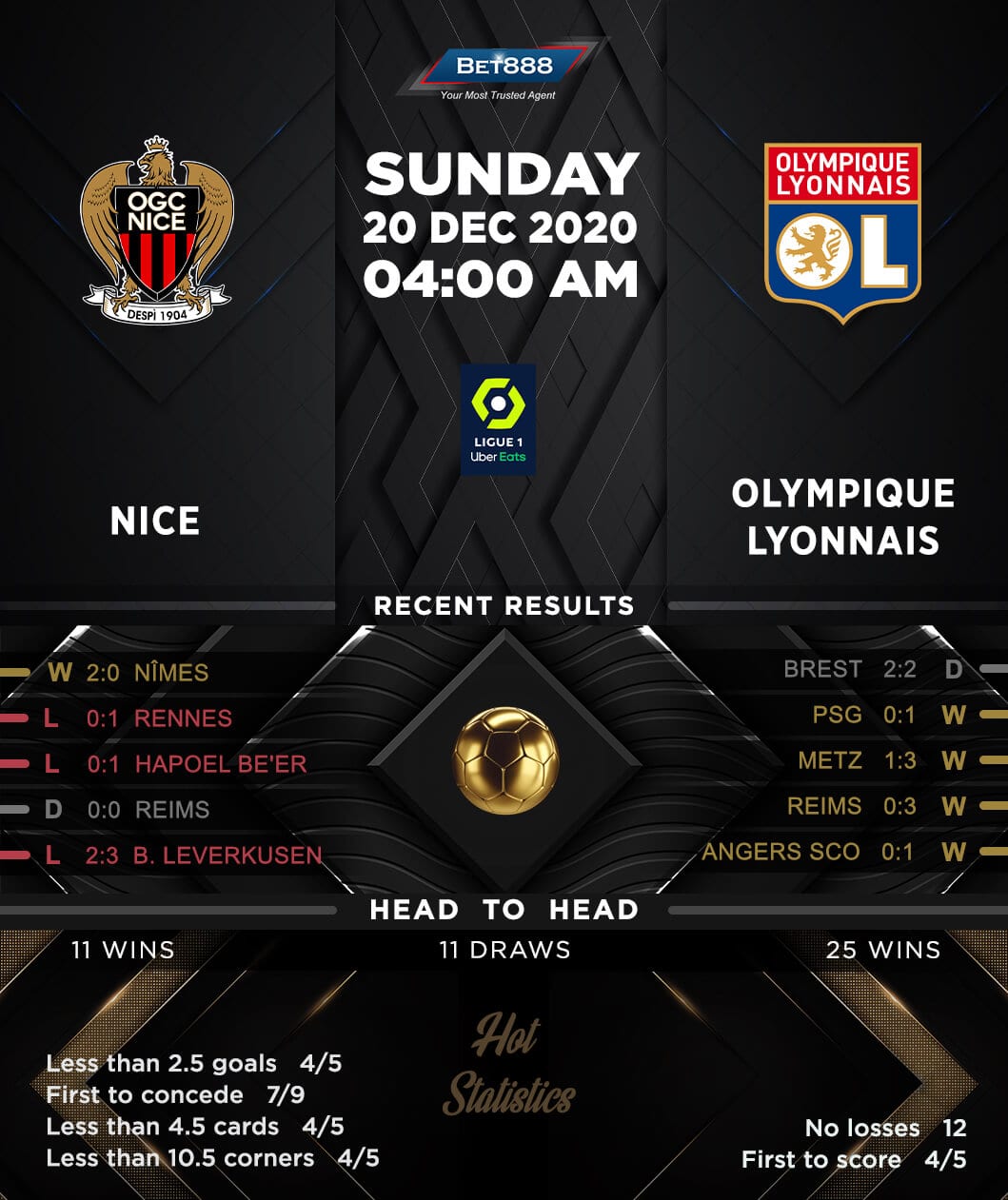