Allianz Riviera is the venue as two resurgent Ligue 1 sides, Nice and Olympique Marseille, meet in an exciting fixture.

The hosts have enjoyed an upturn in form warming up for this fixture, going from three consecutive Ligue 1 defeats to three league matches without losing on the bounce (W2, D1). Interestingly, each game in that six-match sequence saw both teams on the scoresheet, with four of the five results (win/loss) coming by the identical 2-1 scoreline. Having lost 88.89% of the home Ligue 1 encounters in which they conceded first this season (GP:9 – W1, L8), Nice will be looking to open the scoring at all costs. However, ‘Les Aiglons’ have suffered three consecutive defeats to Marseille in home league H2Hs, last winning such contest in September 2016. Adrian Ursea’s men have failed to impress defensively this season, keeping only one clean sheet in their 14 home Ligue 1 games.

Meanwhile, the appointment of Jorge Sampaoli as a head coach has turned Marseille’s season upside down, with the traveling side picking up two consecutive Ligue 1 triumphs, as many as they had in their previous 15 games in the competition (D6, L7). Away from home, ‘Les Phocéens’ have failed to win any of their last eight league fixtures (D4, L4), four of which saw over 2.5 goals and both teams on the scoresheet. Particularly vulnerable after half-time, the visitors have registered a clear majority (73.33%) of their total Ligue 1 goals conceded on the road in the second half of play (11/15). Early entertainment has been relatively sparse in Marseille’s away league matches this season as only two of 14 have featured a goal inside the opening 15 minutes. 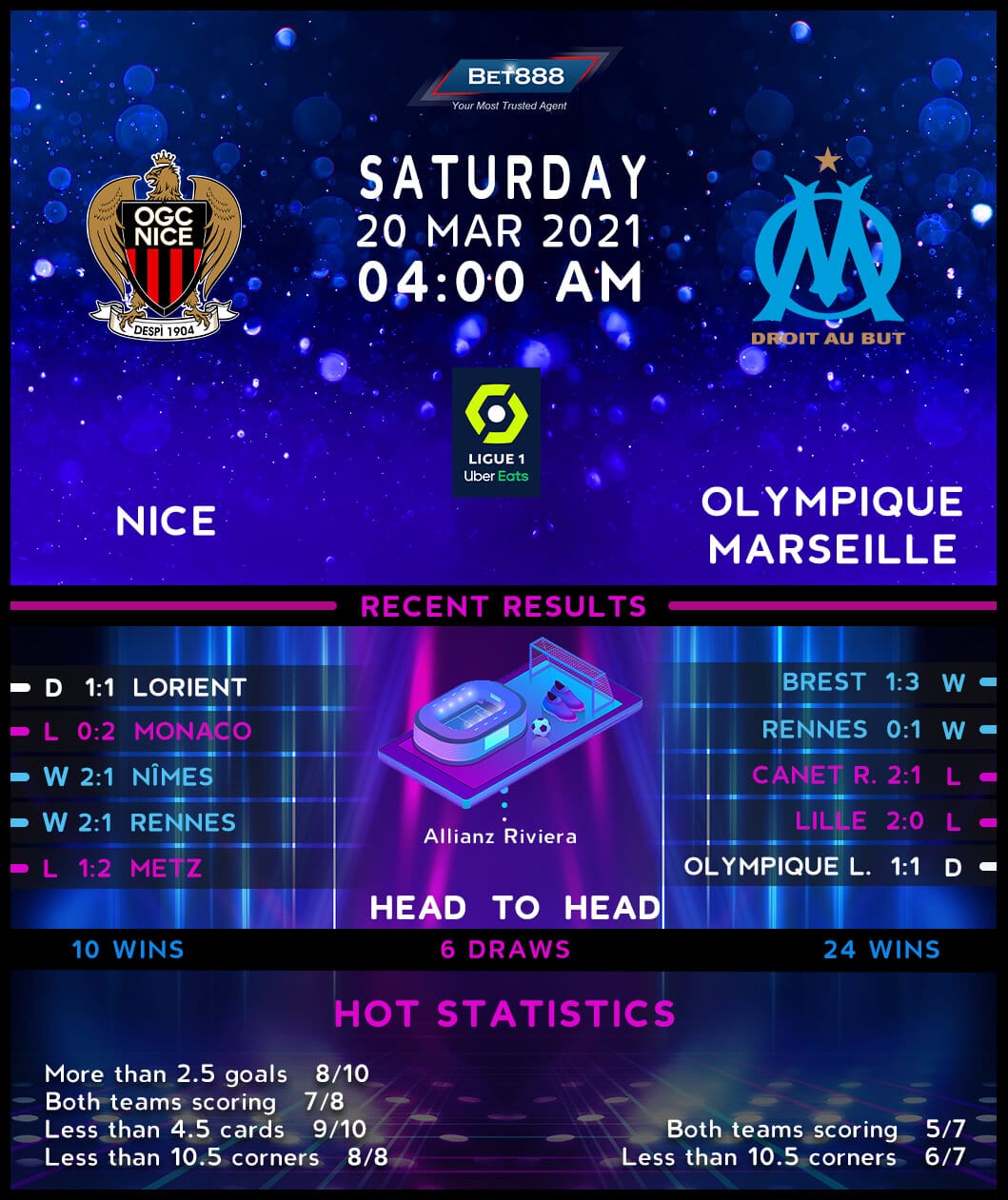