North Macedonia have nothing but pride to play for as they lock horns with the Netherlands in their final Euro 2020 group stage encounter at the Johan Cruijff Arena.

Regardless of the outcome of this fixture, North Macedonia will wave goodbye to Euro 2020 after losing both of their opening two group matches to Austria and Ukraine. The Macedonians could become only a third nation to lose their first three fixtures on their European Championships debut, with Turkey last doing that in 1996. Avoiding defeat against the Netherlands would be a massive success, considering the ‘Lynxes’ have lost their previous two H2H meetings by an aggregate score of 6-1. Yet, if they lose here, it will be the first time since November 2016 that they have suffered three consecutive reverses. After finding the net against Austria and Ukraine, Igor Angelovski’s men can at least hope to bid farewell to Euro 2020 by scoring in all three group stage games.

Meanwhile, the Netherlands have secured a top place in Group C with a game to spare after beating Ukraine and Austria 5-2 on aggregate. Interestingly, four of their five goals scored at Euro 2020 so far have come in the second half of play. Notably, the free-scoring Netherlands have bagged over 1.5 goals in each of their last nine international outings and could score 2+ goals ten times in a row for the first time in their history. Topically, Frank de Boer’s men have netted at least twice in 11 of their last 12 matches at the European Championships, including qualifiers. If they overcome North Macedonia, the Netherlands will record a 100% win rate in the European Championship group stages for the first time since 2008 and third overall. 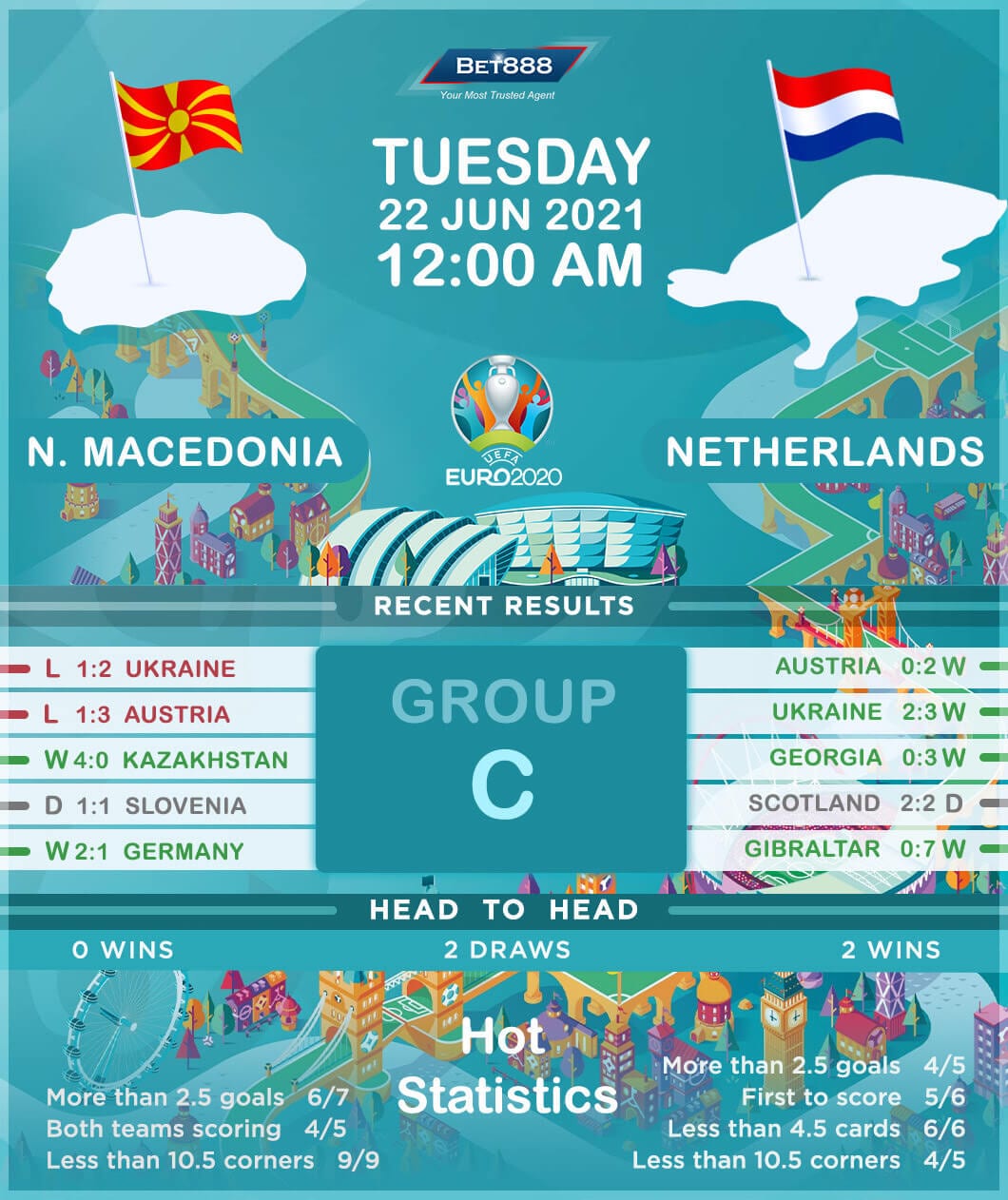