Although both countries failed to qualify for the Euro finals, Norway and Greece will lock horns at the Estadio La Rosaleda in an intriguing international friendly

Since being held to a 1-1 stalemate to Austria back in November 2020, the Norwegians haven’t drawn any of their subsequent four matches (W3, L1), with each game won/lost in that sequence seeing the winner on the day keep a clean sheet. Except for a 3-0 victory over whipping boys Gibraltar in late March, a lack of ruthlessness in front of goal has seen the ‘Lions’ score under 1.5 goals six times in their last seven outings. But after suffering back-to-back 1-0 defeats to Greece, Stale Solbakken’s men have netted precisely twice per game in their last two meetings with this opposition (D1, L1). Yet, Norway have failed to beat Greece in all four encounters in the 21st century, last outscoring this opponent back in September 1999.

Meanwhile, the visitors have picked up momentum following a 2-1 away defeat to Austria in an international friendly back in October 2020, clocking up an impressive nine-game unbeaten streak since then (W4, D5). However, the Greeks have been somewhat ‘stalemate specialists’ of late, having drawn four of their last five matches (W1), three of which yielded the same 1-1 scoreline. Greece’s upturn in form rests on their air-tight backline that has conceded under 1.5 goals in nine consecutive fixtures on the spin. Topically, John van ‘t Schip’s players have restricted the opposition to a maximum of one goal per match in six of their last seven games away from home. 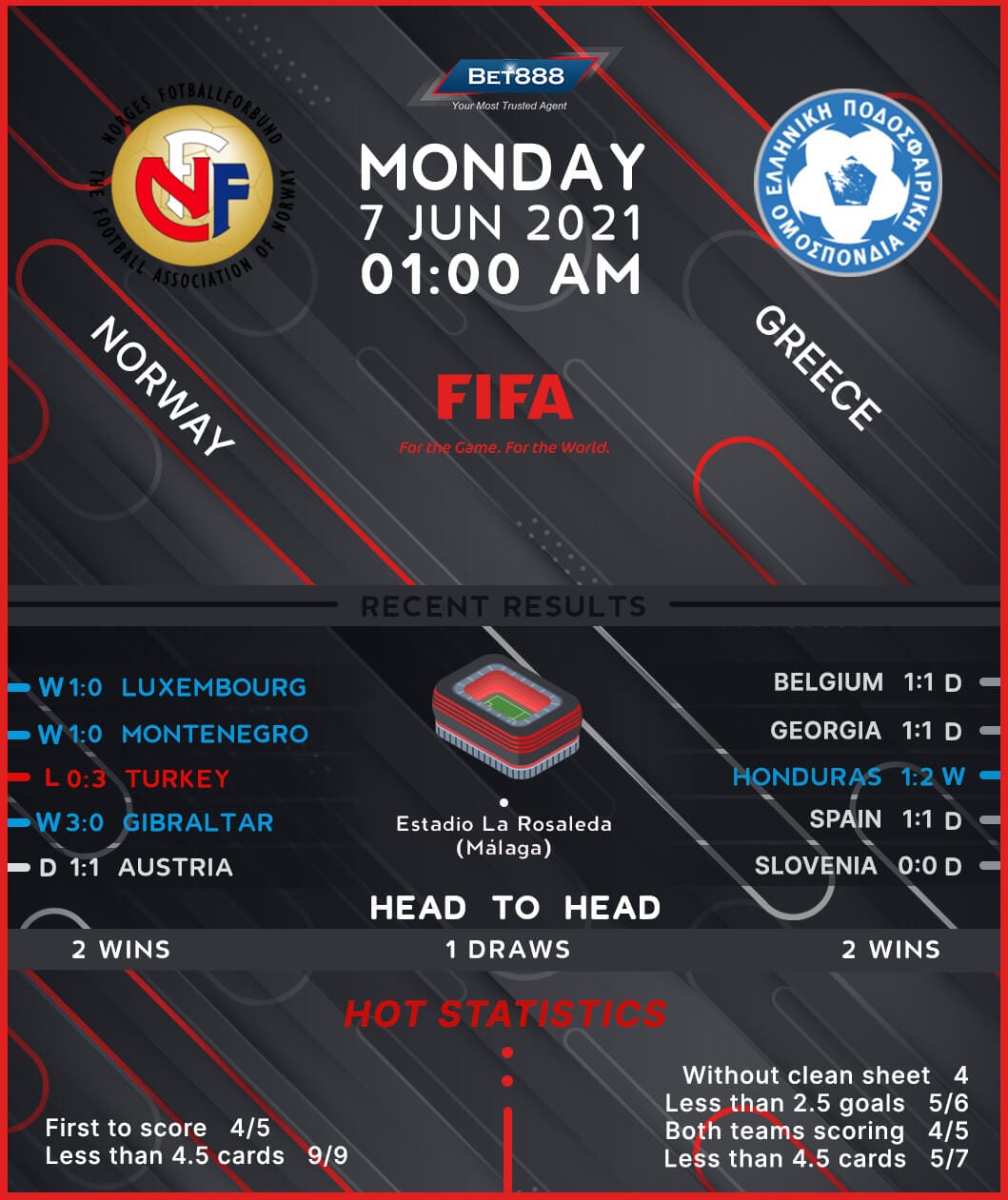