Ullevål Stadion is the venue as Norway and Turkey battle it out for a top spot in the World Cup Qualifying Group G.

A comfortable 3-0 away victory over doomed Gibraltar in their opening Group G fixture saw Norway continue to build on their form from the closing stage of the previous World Cup Qualifying campaign. They have now won four of their last five World Cup Qualifying games (L1), all of which without conceding. Indeed, Ståle Solbakken’s men did finish their previous qualifying series for the World Cup finals in remarkable fashion, scoring the opening goal in three of their last four home games to win each of them (D1). As for their recent performance, the ‘Lions’ are on a run of six competitive matches without losing within 90 minutes (W4, D2), excluding a walkover result against Romania. Turkey may throw a spanner in the works to Norway’s imperious home form, knowing the Scandinavians have failed to win any of their last three competitive H2Hs (D1, L2).

On the other hand, Turkey stunned the Netherlands 4-2 in their group opener to post only their second triumph in the last nine fixtures (W2, D5, L2), friendlies included. Current manager Senol Gunes knows the in-depth of building a competitive team as demonstrated by his impressive 85.71% unbeaten ratio in charge (W11, D7, L3). Gunes will now be looking to become the first manager to lead Turkey to consecutive wins at the beginning of the World Cup Qualifying campaign. To accomplish that, the Turks will have to defy their recent away record in the away World Cup Qualifying games that has seen them win just one of their last five such matches (D2, L2) and concede over 1.5 goals three times in the process. Additionally, the ‘Crescent-Stars’ have failed to win away from home in four successive outings (D3, L1), scoring one goal or less on three occasions. 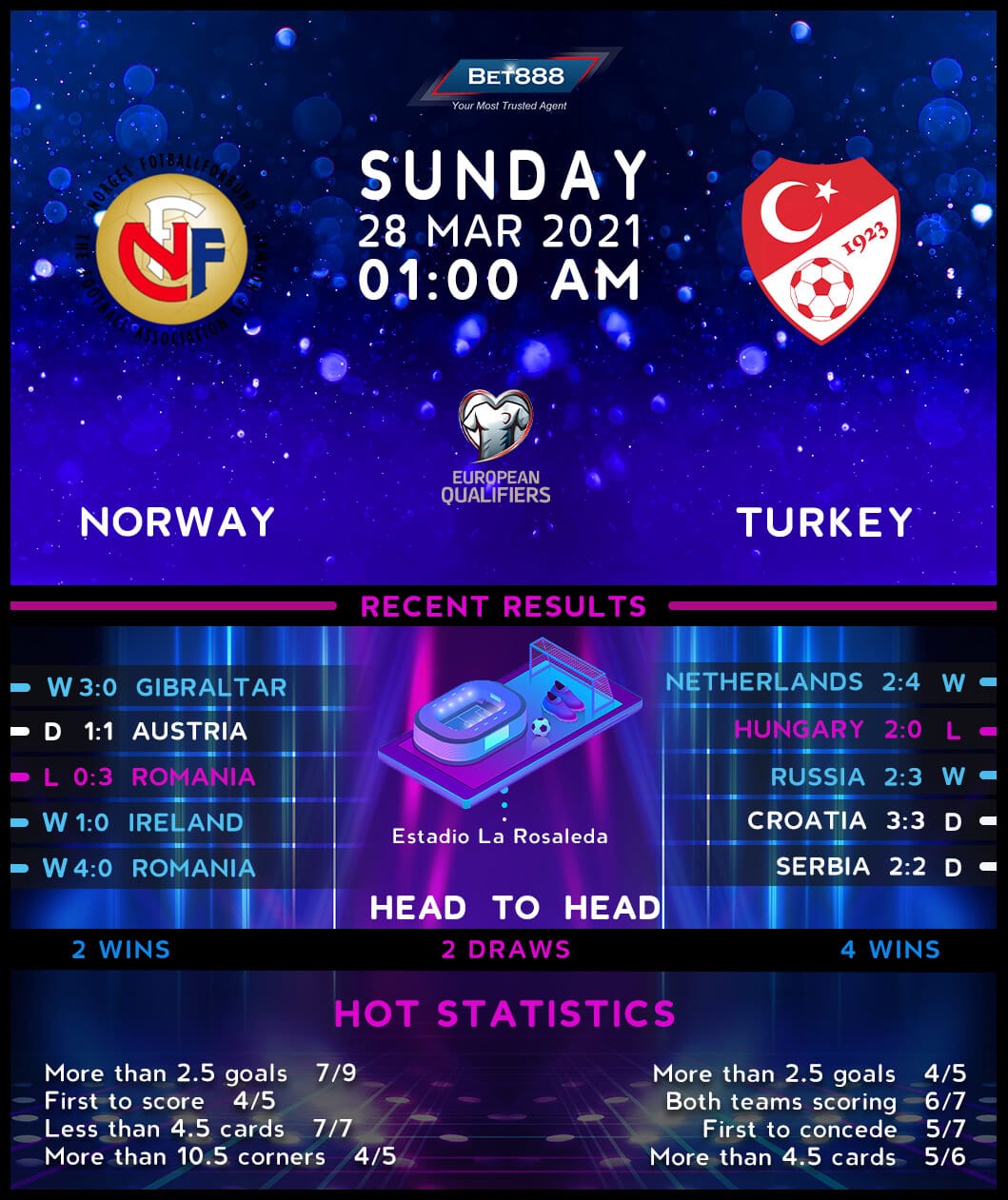