Oita Trinita and Yokohama Marinos will exchange tackles at the Showa Denko Dome in an intriguing J1 League encounter this midweek.

Oita’s form wobble continued with a 2-1 away defeat to Vegalta Sendai last time out, meaning the hosts head into proceedings having won just once in 13 matches in all competitions (D4, L8). Since beating Shimizu 1-0 at home earlier this month, Tomohiro Katanosaka’s men have gone winless in five consecutive games in various competitions (D3, L2), with each draw yielding the same 1-1 scoreline. Marinos’ visit to the Showa Denko Dome might help Oita to return to winning ways as they’ve defeated this opposition ‘to nil’ in both of their previous top-flight H2Hs as hosts. Low scoring has been a common theme in Oita’s recent competitive home matches. All of the last five have featured under 2.5 goals, including back-to-back 1-1 draws with Tokushima and Sagan Tosu.

Meanwhile, since succumbing to a 2-0 defeat to reigning champions Kawasaki Frontale in their J1 League curtain-raiser, the visitors have lost just once in their subsequent 13 league matches (W8, D4). However, Yokohama’s slight dip in form has seen them go from four consecutive league victories to back-to-back games without winning (D1, L1), both of which saw each side get on the scoresheet in the second half. Before suffering a horrendous 5-3 loss to Kashima Antlers in their most recent J1 League trip, the ‘Marinos’ had avoided defeat in seven straight away fixtures in all competitions (W4, D3), netting 3+ goals on four occasions in the process. Against this free-scoring backdrop, Ange Postecoglou’s men have failed to find the net in regulation time in any of their last three competitive visits to Oita. 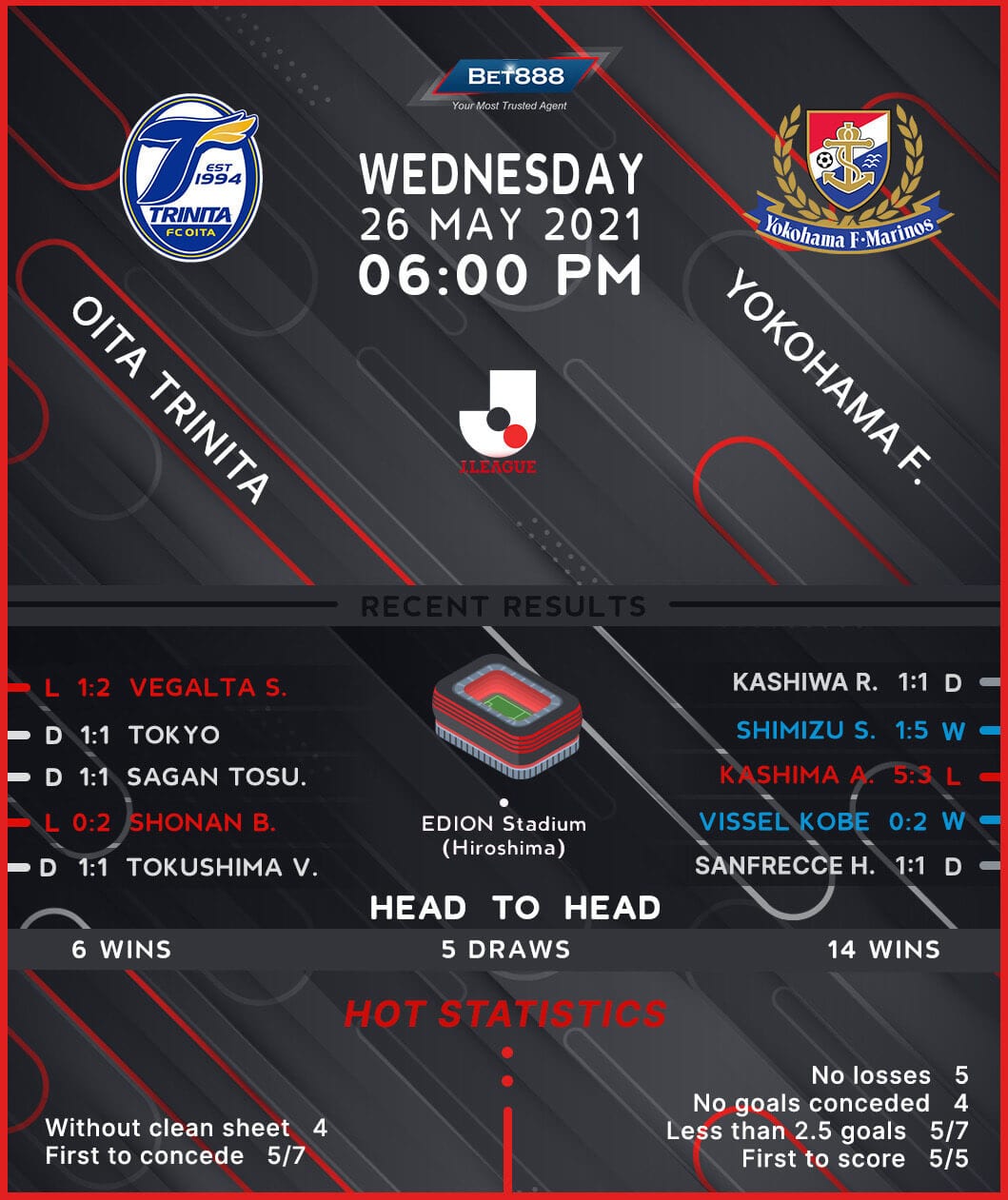