Olympiacos will be looking to overturn a 2-1 first-leg deficit when they take on Atalanta in the return leg of their Europa League play-off tie at the Stadio Georgios Karaiskáki.

Mathieu Valbuena’s late winner at Volos last weekend handed Olympiacos their fifth consecutive domestic triumph ahead of this uphill battle to advance to the next Europa League knock-out round. Performing second-leg comebacks has never been the Greeks’ strong suit, as witnessed by their disastrous record of 22 eliminations from 23 UEFA ties in which they lost the first leg away from home. Although their all-time home record against Italian visitors doesn’t offer much comfort (W4, D4, L5), the ‘Thrylos’ can draw confidence from winning two of their last three such match-ups. While a 3-1 win over AC Milan in their most recent such engagement sounds encouraging, a return of just two victories from their 12 home matches in the Europa League knock-out phase (D5, L5) could throw a spanner in the works.

In the meantime, Atalanta’s domestic wobble continued at the weekend as they lost 1-0 away to Fiorentina, inflicting another blow on their Serie A top-four hopes. Left with the Europa League as their only realistic chance of picking up a piece of silverware this season, ‘La Dea’ are looking to better their only previous appearance in the competition’s knock-outs, where they suffered elimination in this exact round. Despite a slim first-leg lead, Atalanta’s run of four consecutive away European fixtures without winning (D2, L2) sounds worrying. But to Atalanta’s credit, they have scored eight goals during that four-game sequence, netting 2+ goals in each of their three Champions League group matches this season. Against this backdrop, Gian Piero Gasperini’s men have failed to get on the scoresheet in three of their last four away games (W1, D2, L1). 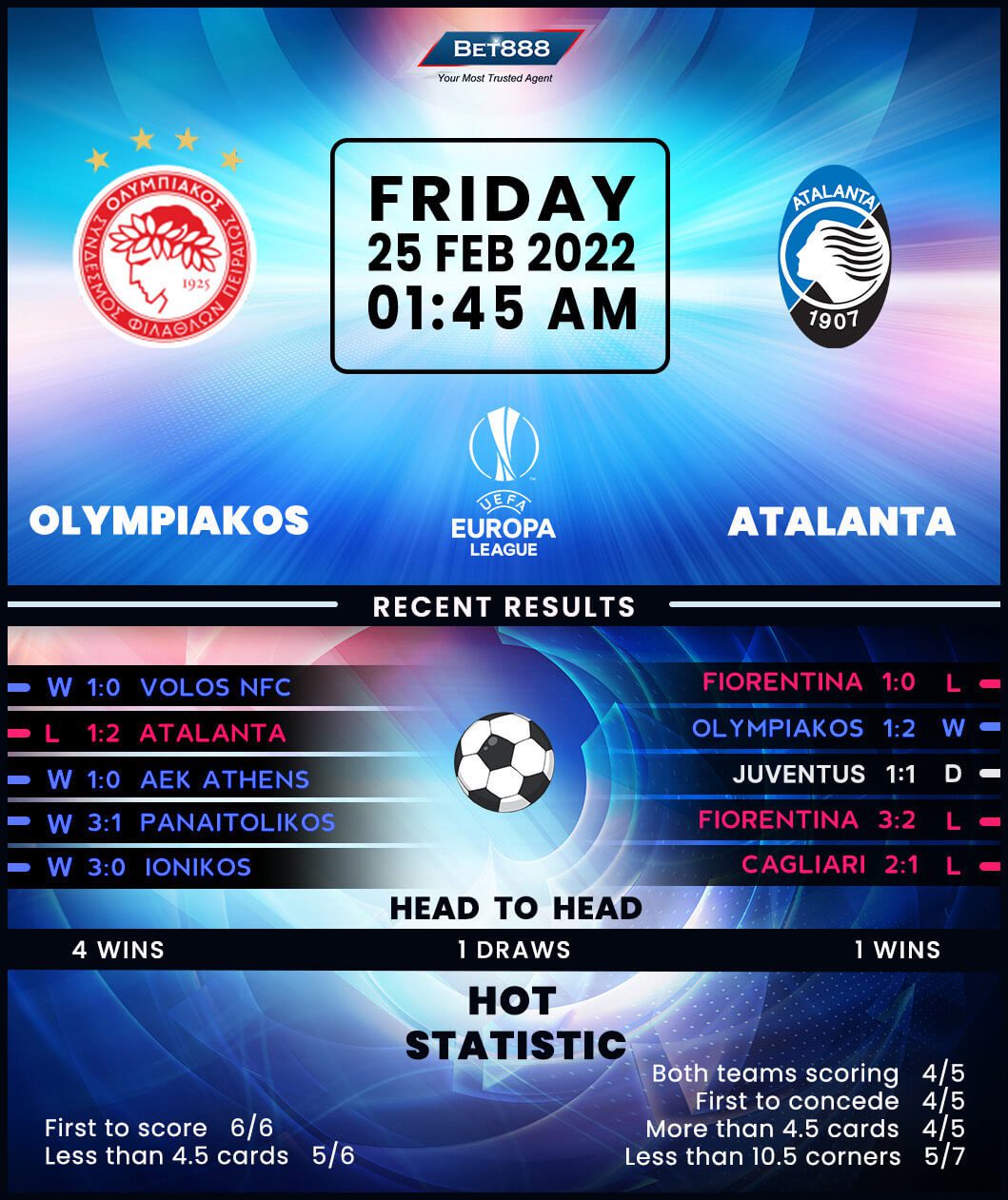