Manchester City head to the Georgios Karaiskakis Stadium to take on Olympiacos, looking to seal their place in the UEFA Champions League knock-out stage.

The hosts have failed to build on a 1-0 home win over Olympique Marseille on Matchday 1, as they take the field after losing both of their previous games in the Champions League group stage ‘to nil.’ Interestingly, four of their six goals scored/conceded across those fixtures arrived beyond the 80th minute. It will be a daunting prospect for Olympiacos to pick up points here, as they’ve failed to beat English visitors in each of their last four European clashes as hosts (D2, L2), qualifying excluded. But, Pedro Martins’ men can find some courage in the fact that they’ve won both of their previous home matches in the Champions League, beating their haul from the eight such contests beforehand (W1, D2, L5).

Meanwhile, a comfortable 3-0 win at the Etihad in the reverse fixture gave Manchester City a third win from as many Champions League group stage matches this season. Curiously, the ‘Sky Blues’ found the net within 20 minutes and scored precisely three goals at full-time in each game during that sequence. It will Manchester City’s second-ever European trip to Greece following a goalless Europa League draw with Aris back in 2011. Notably, the visitors have suffered just one defeat in their last ten away games in the Champions League group stage (W7, D2), scoring an intimidating average of 2.5 goals across those fixtures. By contrast, Pep Guardiola’s men have netted under 1.5 goals in four of their last five away matches in all competitions. 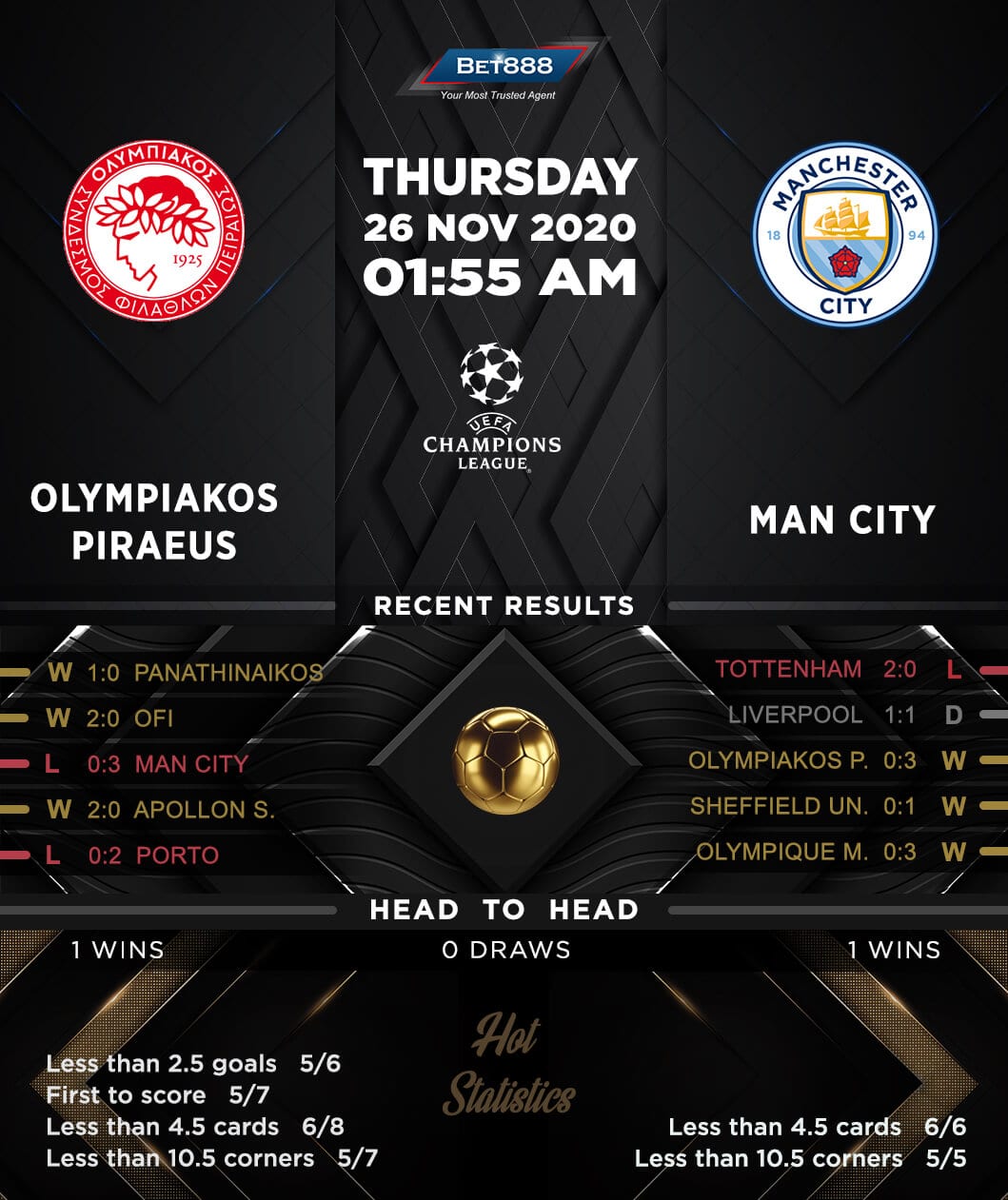