Groupama Stadium is the venue, as Olympique Lyonnais and AC Ajaccio battle it out for a place in the Coupe De France Round of 16.

Lyon will take the field full of confidence after winning their last four competitive matches, keeping a clean sheet on three occasions in that run. Remarkably, ‘Les Gones’ have won seven of their previous nine domestic home fixtures (D1, L1), a sequence that saw them score 2+ goals per game eight times (2.75 goals on average). Quick-start Lyon have opened the scoring in four of their last five home outings, going on to win each such contest. Another bright spot has been their ability to recover after falling behind, as Lyon have lost only one of their five home matches in which they conceded the first goal this term (W2, D2, L1). Rudi Garcia’s side will be confident of improving their impressive home form, as they take on a side they’ve beaten in six of their seven H2Hs as hosts this millennium (D1).

Meanwhile, Ajaccio go into this clash with no shortage of belief among the team, as they’ve suffered just one loss in their last ten competitive outings (W6, D3). David Ducourtioux has based his side’s recent success on a rock-solid backline that has kept a clean sheet six times during that ten-game sequence, conceding precisely once per game in three of the other four. Away from home, though, ‘Le Gaz’ have only picked up a victory in two of their last eight fixtures (D4, L2) despite scoring first on five of those occasions. Moreover, Ajaccio have let in over 1.5 goals in six of their seven competitive trips to Lyon in the 21st century, though it’s worth noting that their last such visit dates back to February 2014. 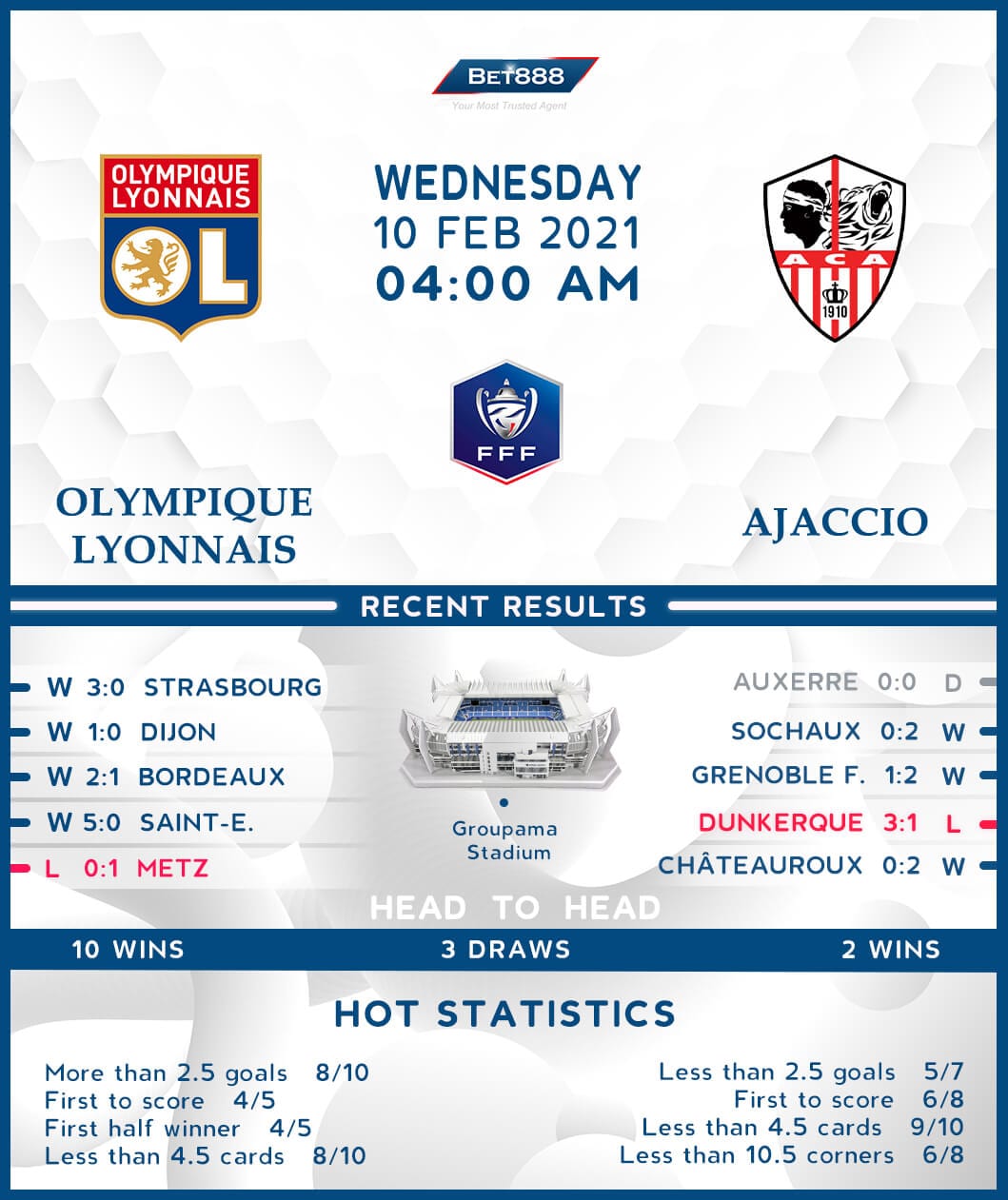