Olympique Lyonnais and Bordeaux go head-to-head at the Groupama Stadium, as the home side look to stretch their unbeaten run in their Ligue 1 H2Hs to six matches (W2, D3).

Lyon’s reaction to a shocking 1-0 home defeat to Metz on Matchday 20 was a 5-0 thumping of Saint-Etienne on the road last time out, as they sit two points adrift of top-placed PSG ahead of the kick-off. Before losing to Metz, ‘Les Gones’ had gone unbeaten in nine consecutive Ligue 1 home fixtures (W6, D3), scoring over 1.5 goals on seven of those occasions. Indeed, Rudi Garcia’s men have netted 13 first-half league goals at home this season, a tally only bettered by Brest (15). Another bright spot has been Lyon’s ability to grind out a result after falling behind – they have avoided defeat in seven of the nine Ligue 1 matches in which they shipped the opener this season (W2, D5).

In the meantime, ‘Les Girondins’ have racked up a four-game unbeaten Ligue 1 streak (W3, D1) since succumbing to a 3-1 home loss to Reims on Matchday 1, scoring 2+ goals in each victory in that run. Interestingly, five of Bordeaux’s last seven away league games have seen one or both sides fail to find the net (W3, D2, L2), with three of the five fixtures won/lost in that period yielding at least a two-goal margin. Jean-Louis Gasset’s men have been vulnerable before half-time this season, registering 61.54% of their Ligue 1 goals conceded on the road in the first half of play (8/13). Encouragingly for the visitors, they have not lost any of their four previous Ligue 1 trips to Lyon (W1, D3), scoring precisely three goals per game twice in that period. 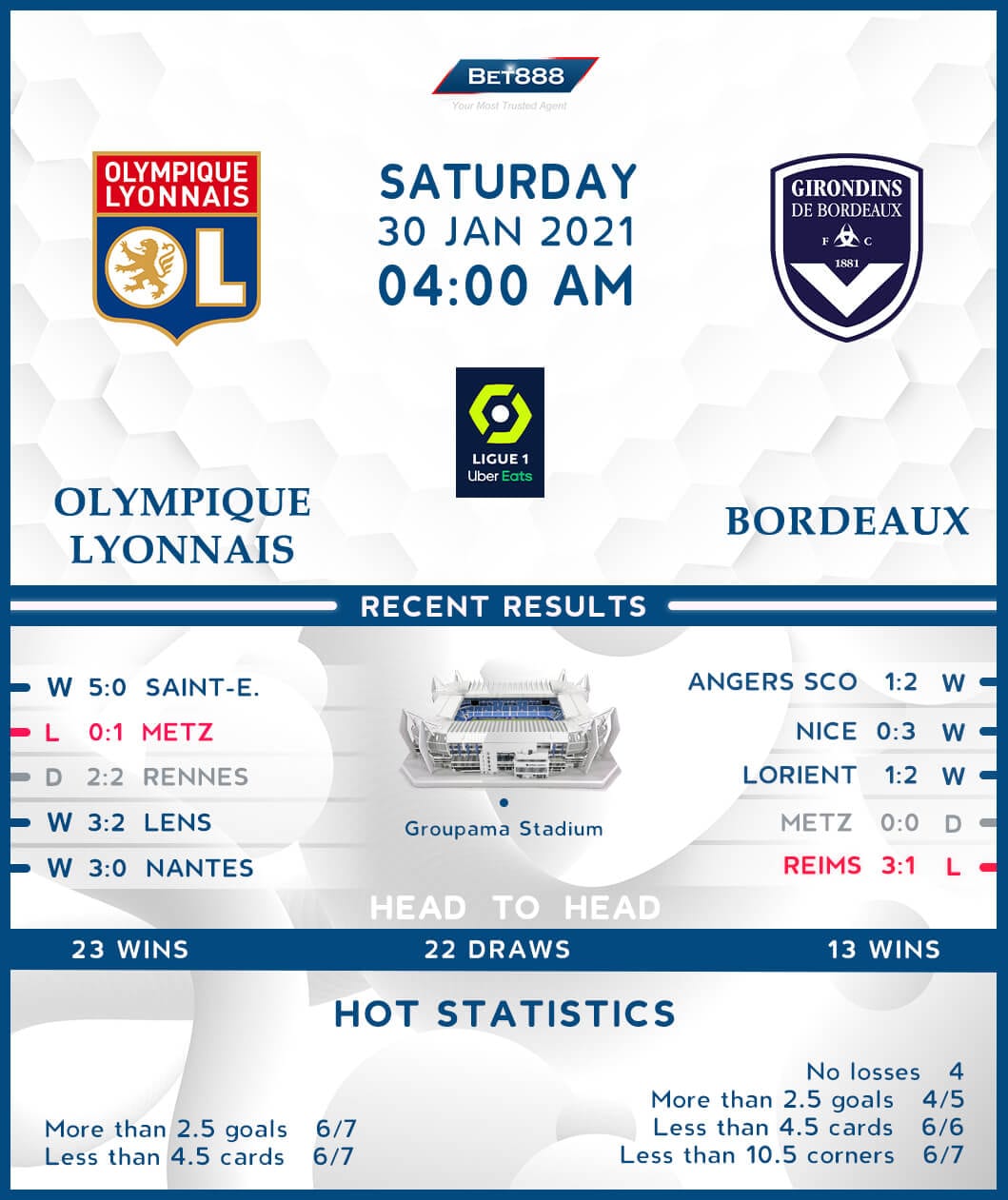