Olympique Lyonnais and Paris Saint-Germain will trade tackles at the Groupama Stadium in a titanic Ligue 1 showdown.

Lyon have alternated between a win and a draw in their last four Ligue 1 outings (W2, D2) since losing 2-1 to Montpellier at home on Matchday 25, with three of those games seeing both teams on the scoresheet. However, ‘Les Gones’ have only won just 31.33% of their top-flight meetings with PSG (GP:83 – W26) – only against Reims (27%), they have a worse win-ratio of all sides currently competing in Ligue 1. Additionally, they have failed to register a shutout in any of their last six Ligue 1 clashes against Paris at home, their joint-worst such streak against current top-flight teams. After racking up a 13-match unbeaten league run at home (W8, D4), Rudi Garcia’s men have now lost two of their last five Ligue 1 fixtures at the Groupama Stadium (W3), both of which by a single-goal margin.

Meanwhile, the visitors have won their last three away Ligue 1 matches by an aggregate score of 7-0 – their best ongoing streak on the road in the campaign. Indeed, when PSG win away from home, it tends to be with authority, with 88.89% of their Ligue 1 victories claimed on the road this season coming ‘to nil’ (8/9). Worryingly, though, ‘Les Parisiens’ have failed to come out on top of any of their four top-flight fixtures against the sides starting the day in top four (D1, L3). Moreover, Mauricio Pochettino’s men have failed to complete a turnaround in any of the three away Ligue 1 games in which they conceded first this term (D1, L2). Curiously, since the wealthy Qatari owners purchased the club in 2011/12, Paris have lost more Ligue 1 games to Lyon (5) than to any other side in the French top-flight. 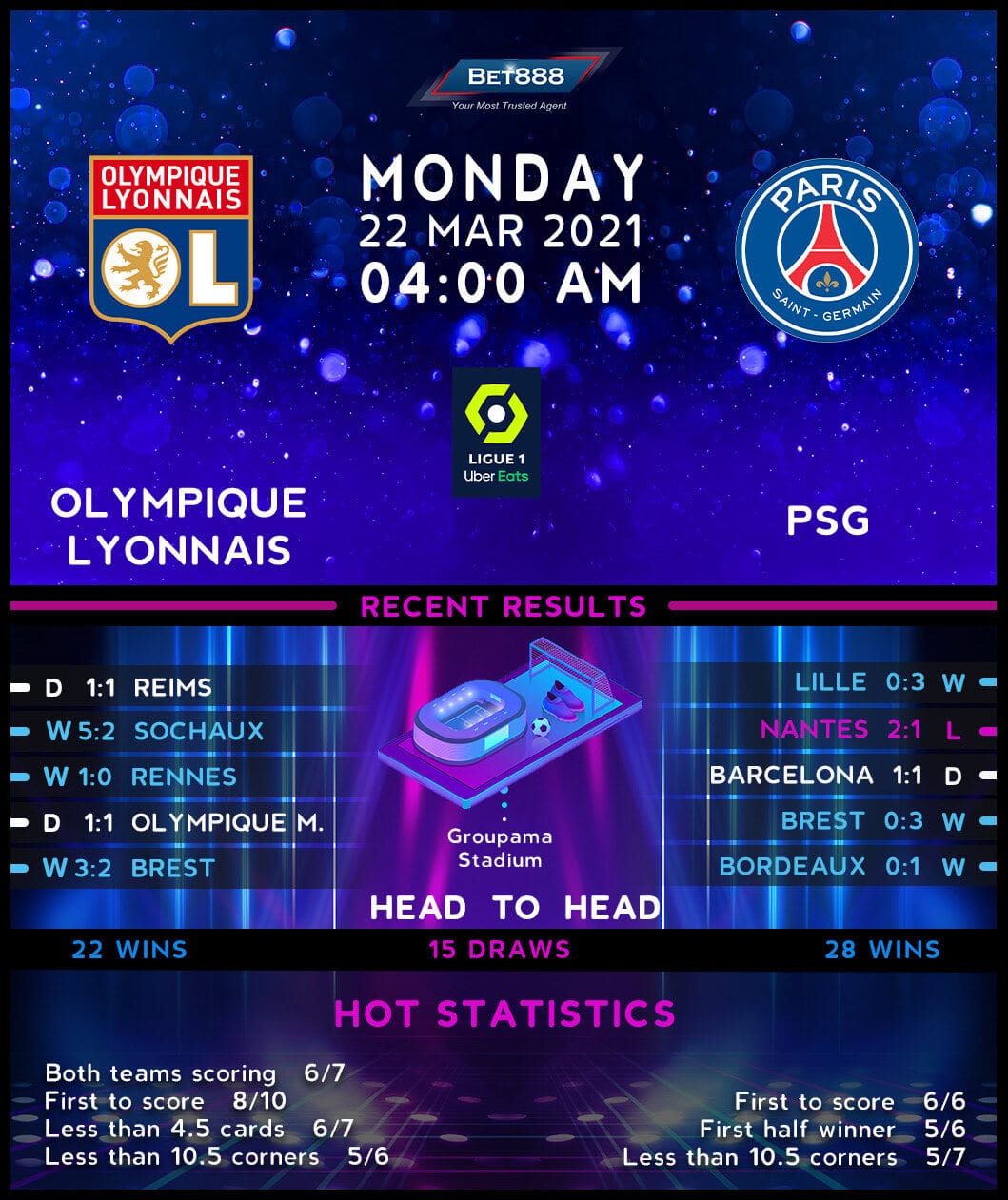