Olympique Lyonnais and Strasbourg are set to meet at the Groupama Stadium in a potentially high-scoring Ligue 1 fixture. Three of their last four top-flight meetings have seen over 2.5 goals and both sides scoring.

Lyon have stepped on the gas lately, going from back-to-back Ligue 1 games without winning (D1, L1) to three straight league victories, including a narrow 1-0 win at Dijon last time out. Moreover, ‘Les Gones’ boast a league fourth-best win-ratio at home this season (64%) after winning seven of their 11 Ligue 1 home matches (W7, D3, L1). Even if they concede the opening goal, Rudi Garcia’s men should be able to grind out a positive result, notably losing just one of the five home fixtures in which they shipped the opener this Ligue 1 campaign (W2, D2, L1). Also, the hosts could pose a genuine first-half threat, as evidenced by the fact that only Brest (16) have netted more home goals before half-time than Lyon (14) this season.

On the other hand, Strasbourg have experienced a dip in form lately, going from three consecutive Ligue 1 wins ‘to nil’ to three league matches without a victory in a row (D2, L1). Interestingly, before being held to a 1-1 draw to Dijon in their last Ligue 1 trip, ‘Les Coureurs’ have either won or lost in each of their previous ten away league games (W4, L6). Having that said, each of their last four away Ligue 1 fixtures won/lost has seen the victor keep a clean sheet, with three of them featuring the opening goal within 20 minutes of play. However, going back to 1992, Strasbourg have failed to outscore Lyon in any of their 17 top-flight meetings held on Les Gones’ home ground (D4, L13). 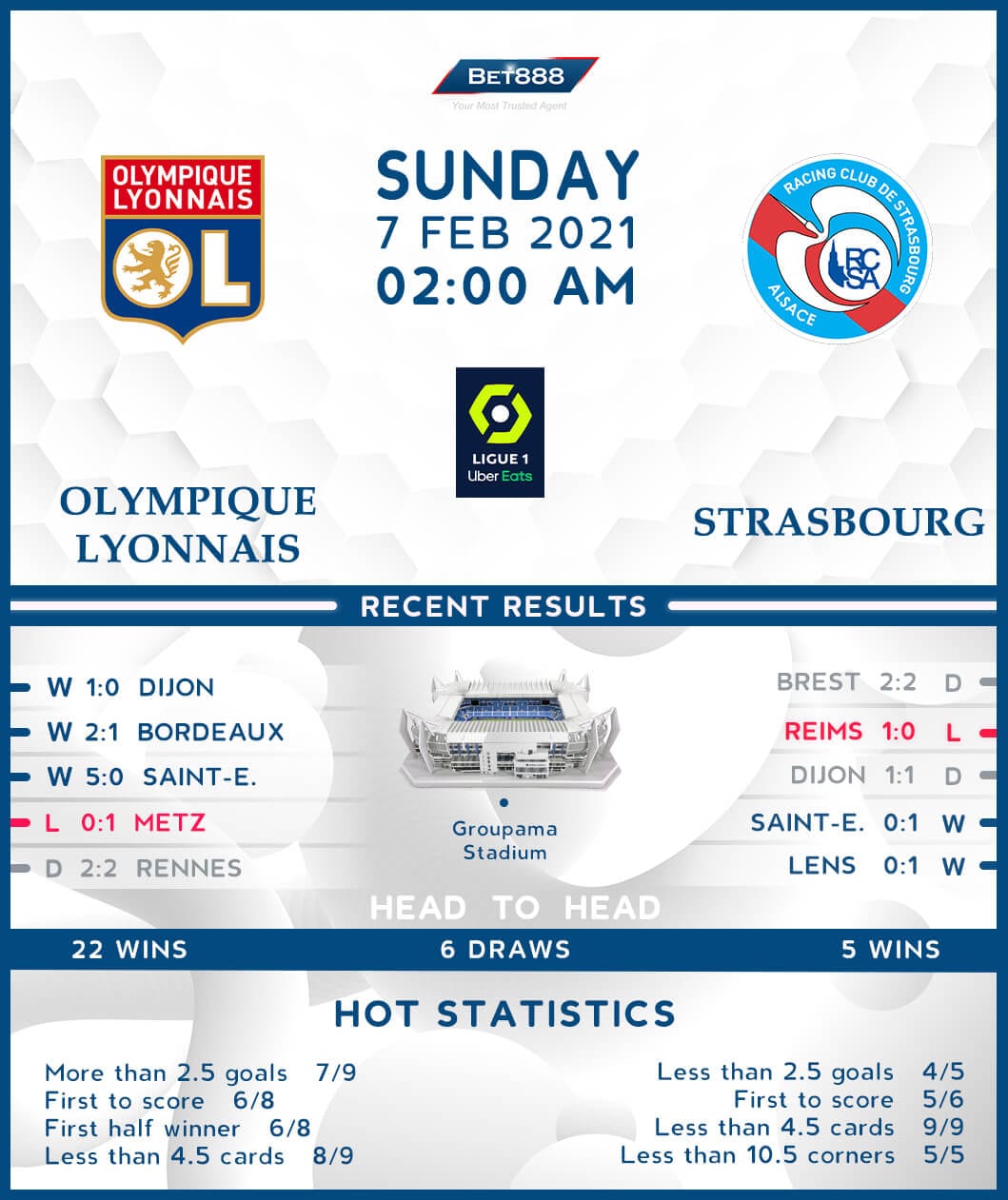