Olympique Marseille can ill-afford a slip-up against rock-bottom Dijon in this weekend’s Ligue 1 game at the Stade Velodrome if they are to compete in Europe next season.

Marseille’s 3-0 loss away to Nice means none of their last four Ligue 1 matches have ended level (W2, L2), with each result (win/loss) in that sequence seeing the victor register a first-half shutout. ‘Les Phocéens’ have notably improved their home form lately, going from three consecutive home league defeats to four straight matches without losing (W3, D1). Another success is seemingly on the cards, given that Marseille have won both previous top-flight H2Hs here by over 1.5 goals ‘to nil.’ Worryingly, though, Jorge Sampaoli’s men have conceded the opening goal in eight (53.33%) of their 15 Ligue 1 games at home this season, failing to prevail in any such contest (D4, L4). Moreover, they are winless in their last three top-flight fixtures against the current bottom three sides (D2, L1), scoring under 1.5 goals on each occasion.

Dijon take the field after losing ten consecutive Ligue 1 matches – a sequence that nailed them to the bottom of the table, with the slimmest of chances of staying in the top-flight. Additionally, the visitors are the only side in Ligue 1 yet to win a single league game in 2021 (D3, L10), having scored the fewest goals (8) of all teams across Europe’s top-five divisions since the turn of the year. Topically, David Linares’ men have drawn a blank in three of their previous four Ligue 1 meetings with Marseille (D2, L2). Away from home, ‘Les Hiboux’ have lost their last five league fixtures by an aggregate score of 13-6, with the opening goal in each of them coming within 30 minutes of play. If that’s not enough of a reason for concern, they have conceded more goals on the road (29) than any other side this Ligue 1 campaign. 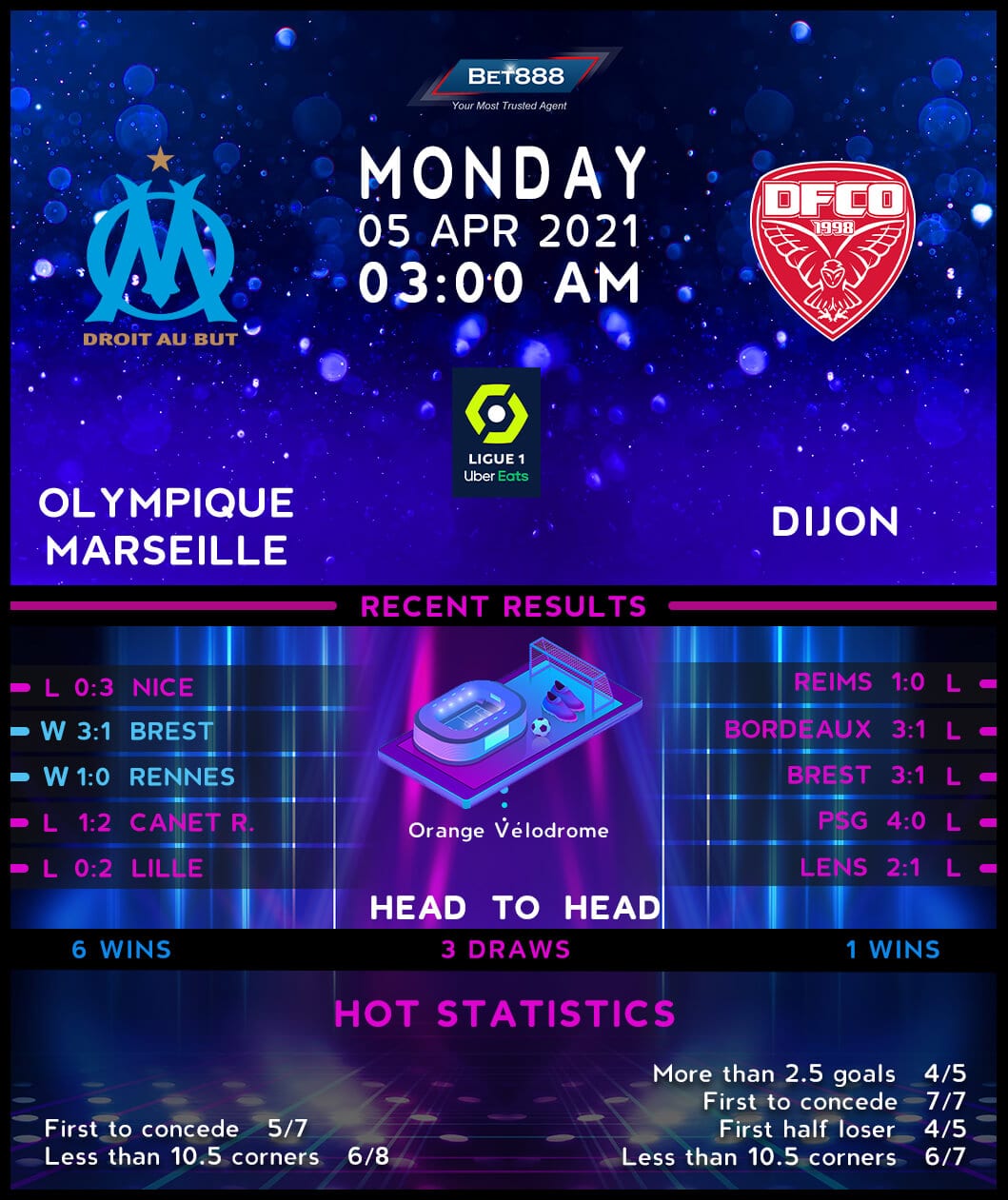