Olympique Marseille and Lens go head-to-head at the Stade Vélodrome in their first Ligue 1 meeting since March 2015.

‘Les Phocéens’ have won just one of their last six Ligue 1 matches (D2, L3), with each of their three defeats in that sequence coming by the identical 2-1 scoreline. Interestingly, each of Marseille’s previous eight home league games has seen both teams get on the scoresheet, with five of them producing over 2.5 goals. Against this backdrop, four of the last five top-flight meetings between these two sides here have featured under 2.5 total goals (W3, D1, L1). The hosts’ hopes of winning here will hinge on whether they can avoid conceding the opener or not – Andre Villas-Boas’ men have failed to win any of the six Ligue 1 games in which they shipped the first goal (D3, L3). Yet, only two (18.18%) of Marseille’s 11 home league goals conceded this season have come in the first half of play.

Meanwhile, it’s been a dreadful start to the new calendar year for Lens, who have conceded the first-half opener in each of their three Ligue 1 matches in 2021, failing to recover in two (D1, L2). Interestingly, before being held to a 1-1 draw at Nantes last time out, none of Lens’ previous six league trips had ended in a draw (W3, L3), with five of the fixtures won/lost in that period seeing the victor keep a clean sheet. Quick out of the blocks, ‘Sang et Or’ have netted a league third-high nine first-half goals away from home this season, which represents 64.29% of their total road Ligue 1 goals scored so far. Franck Haise’s men have, however, established a habit of slowing down in the later stage of play, conceding at least once beyond the 75th minute in 47.37% of their top-flight matches this term (9/19). 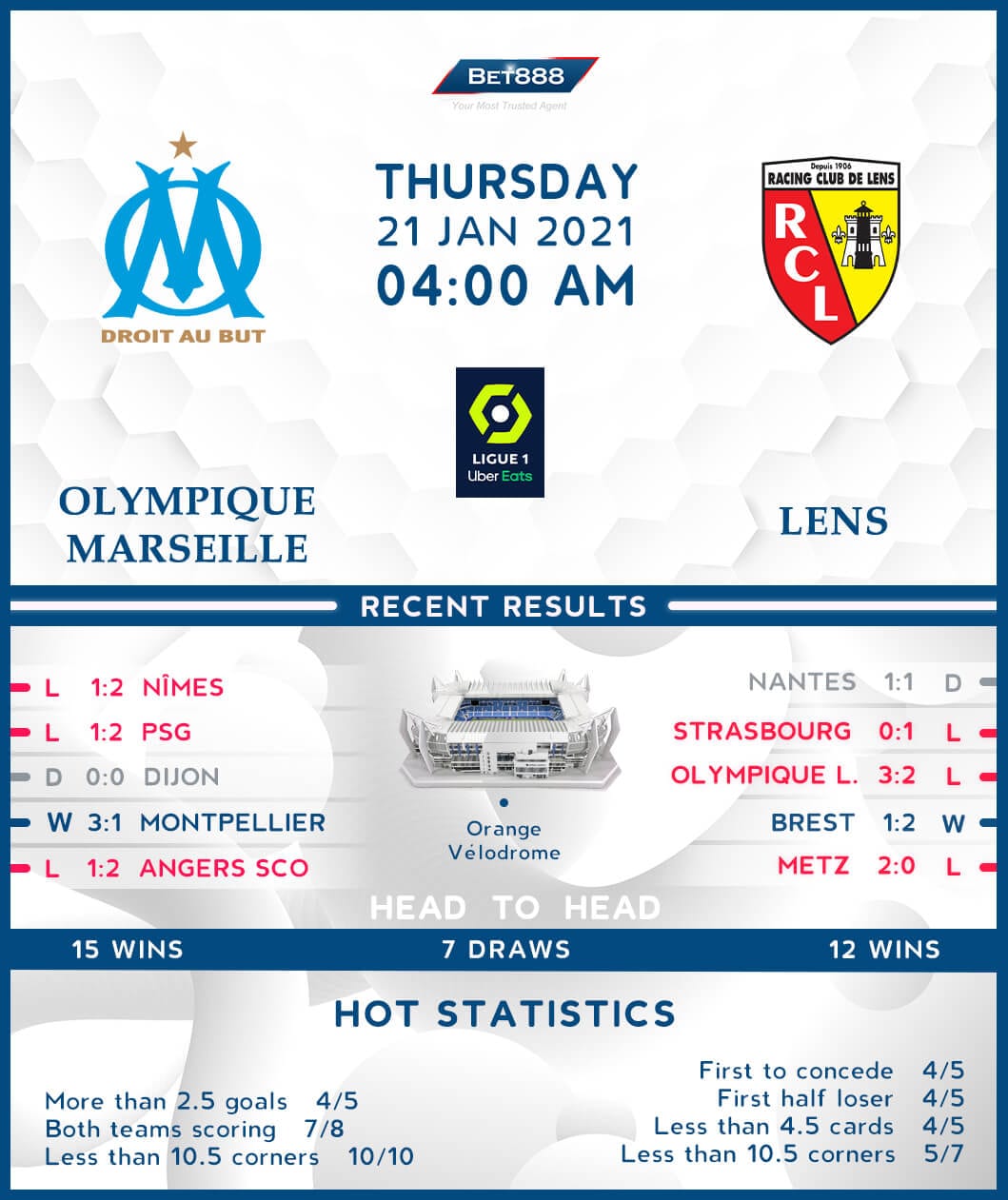