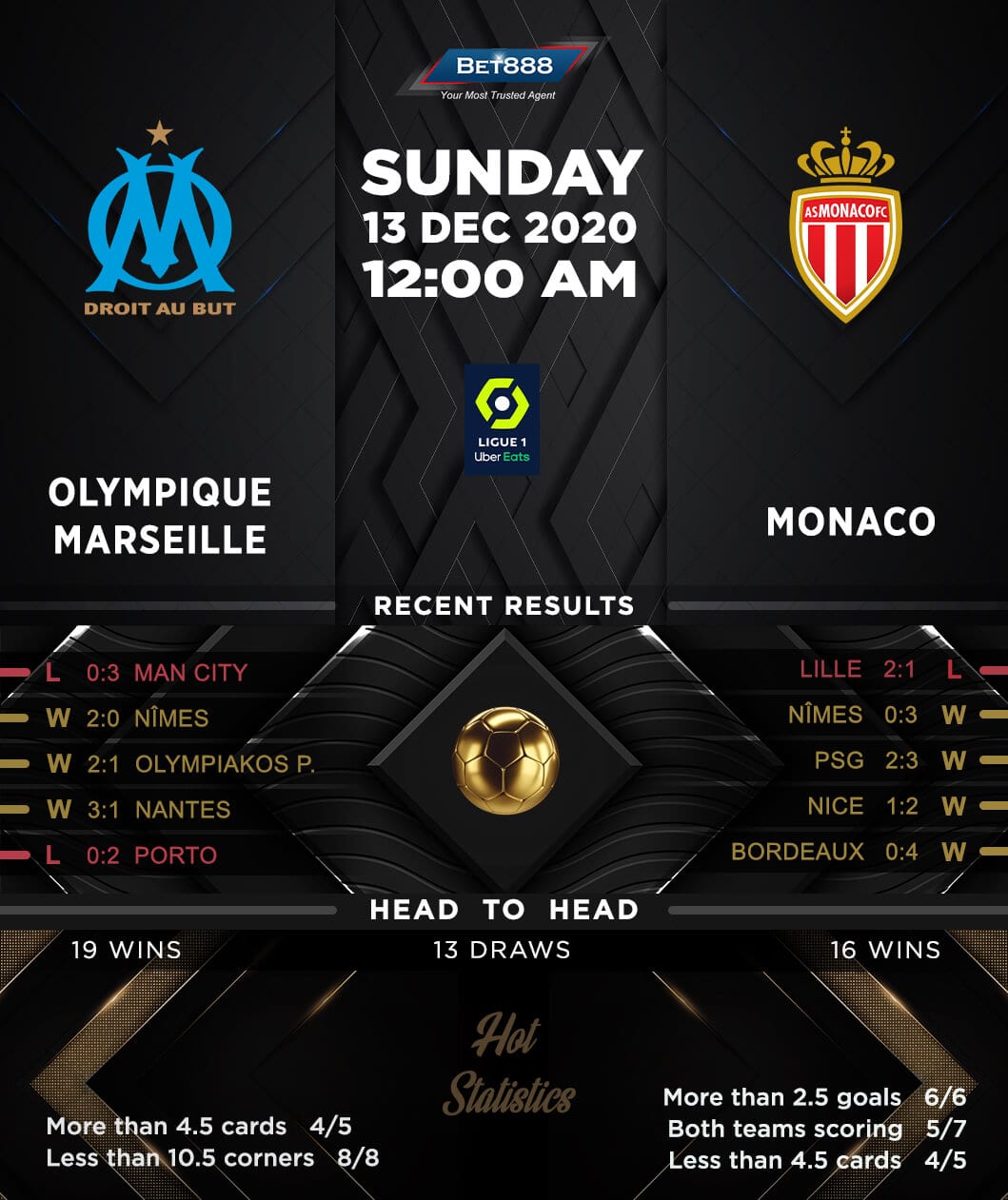 Rocked by a 3-0 loss to Manchester City in the Champions League midweek, Olympique Marseille will be looking to bounce back when they take on Monaco at the Stade Velodrome in an exciting Ligue 1 contest.

Marseille have hit the ground running in Ligue 1 lately, putting together five consecutive league triumphs, three of which came by a three-goal margin. By extension, an impressive start to the season has seen ‘Les Phocéens’ suffer just one defeat in their opening 11 Ligue 1 matches (W7, D3), as they trail table-toppers PSG by only four points and have two games in hand over Thomas Tuchel’s side. At home in Ligue 1, Andre Villas-Boas’ men have gone from three games without a win in a row to back-to-back victories. Curiously, both of those triumphs have come by the same 3-1 scoreline, with the six goals accrued across those two matches standing for 35.29% of Marseille’s total league goals scored this season (17).

Meanwhile, a 2-1 loss to Lille last time out did put an end to Monaco’s four-game winning Ligue 1 run, though it also means all of their six previous league matches have now produced over 2.5 total goals. Niko Kovac’s men have been struggling to find their footing on the road this season, as evidenced by the fact they have lost four of their six Ligue 1 trips so far (W2). Those results (win/loss) have been notably tight, though, as five have yielded a narrow one-goal margin. A spectacle is always on the cards when Monaco visit the Stade Velodrome, as each of their ten previous competitive fixtures held at this venue has seen both teams score, with nine featuring over 2.5 goals. It’s also worth noting that ‘Les Monégasques’ have avoided losing in each of their last four top-flight trips to Marseille (W1, D3).