Stade Vélodrome is the venue, as Olympique Marseille and Montpellier meet in their first Ligue 1 match in the new calendar year.

Marseille endured a dip in form down the final stretch of 2020, going from three consecutive Ligue 1 victories to three league matches without winning in a row (D1, L2). Curiously, each of their last three Ligue 1 games won/lost yielded the identical 2-1 scoreline, with two seeing the victor win the first half by a 2-0 score. However, ‘Les Phocéens’ have avoided defeat in their last six home league fixtures (W3, D3) despite failing to keep a clean sheet on each occasion. Moreover, Marseille have not lost any of their five previous top-flight H2Hs as hosts (W2, D3). Andre Villas-Boas’ men have run out winners in all three home Ligue 1 games when opening the scoring, whereas they have failed to win any of their three home league matches in which they conceded the opener (D2, L1).

Meanwhile, Montpellier have conceded over 1.5 goals in each of their last five Ligue 1 outings to lose three of them (W1, D1), as they now trail the automatic Champions League qualifying spot by eight points. Yet, the visitors are unbeaten in seven Ligue 1 trips on the trot (W4, D3), scoring 2+ match goals on four occasions. Against this backdrop, ‘La Paillade’ have picked up only two triumphs in their 25 previous away top-flight meetings with Marseille (D12, L11), with their last such success dating back to August 2014. The aerial game has been Montpellier’s strong suit this season, as they’ve headed in more Ligue 1 goals (11) than any other side. Additionally, they have opened the scoring in 75% of their league trips this term (6/8), ending up winning or drawing each such fixture (W4, D2). 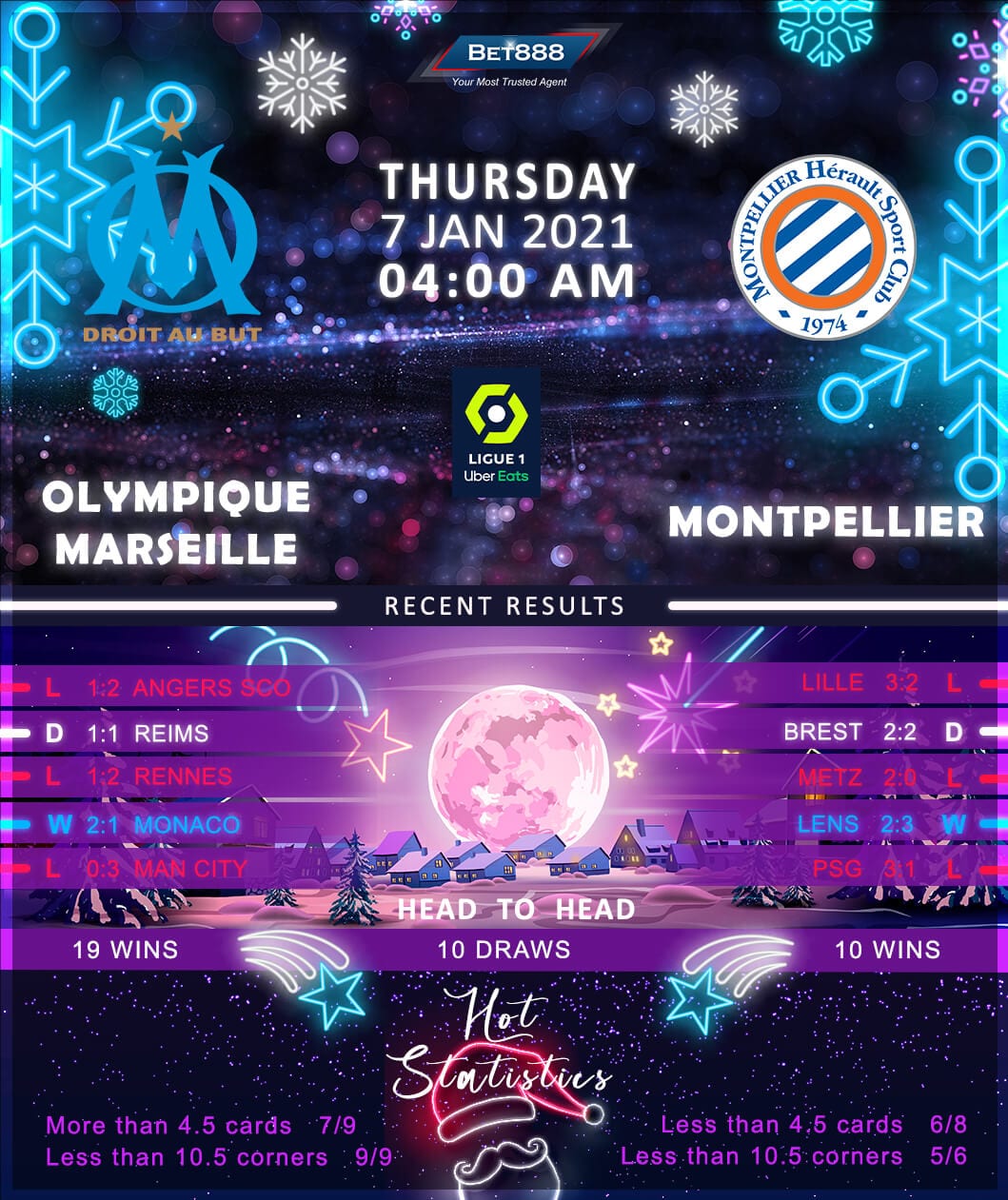