Olympique Marseille and Olympique Lyonnais go head-to-head at the Stade Vélodrome in one of the most highly anticipated fixtures on the Ligue 1 football schedule.

A 3-1 home triumph against Montpellier to kick-start the new calendar year has sparked Marseille’s hopes of landing a top-three finish. However, ‘Les Phocéens’ have since stuttered, wrapping up just a single win in the subsequent eight Ligue 1 outings (D4, L4). None of Marseille’s five league home matches in 2021 have ended in a draw (W2, L3), with each game won/lost in that period seeing the victor get on the scoresheet. In turn, none of the last three top-flight meetings between ‘Les Olympiens’ and Lyon at this venue have ended level (W1, L2), with each of them featuring over 2.5 FT goals. Worryingly, a lack of the capacity to bounce back has seen Andre Villas-Boas’ side fail to win in any of the eight Ligue 1 home games in which they shipped the opener (D3, L5).

Meanwhile, the visitors have won five of their previous six Ligue 1 games (L1), including a 3-2 away victory at Brest last time out. Away from home, Lyon are unbeaten in 11 Ligue 1 matches on the bounce (W8, D3), scoring over 1.5 goals in 54.55% of those fixtures. Rudi Garcia’s men have been scoring practically at will on the road, netting a league-high 26 away goals so far. Starting well is a priority, especially given ‘Les Gones’ have won 100% of their away Ligue 1 games in which they’ve been leading at half-time times season (7/7). That may not be as daunting as it may look at first glance, considering Lyon have not conceded a single goal inside the opening 15 minutes of play across their 13 league trips this term. 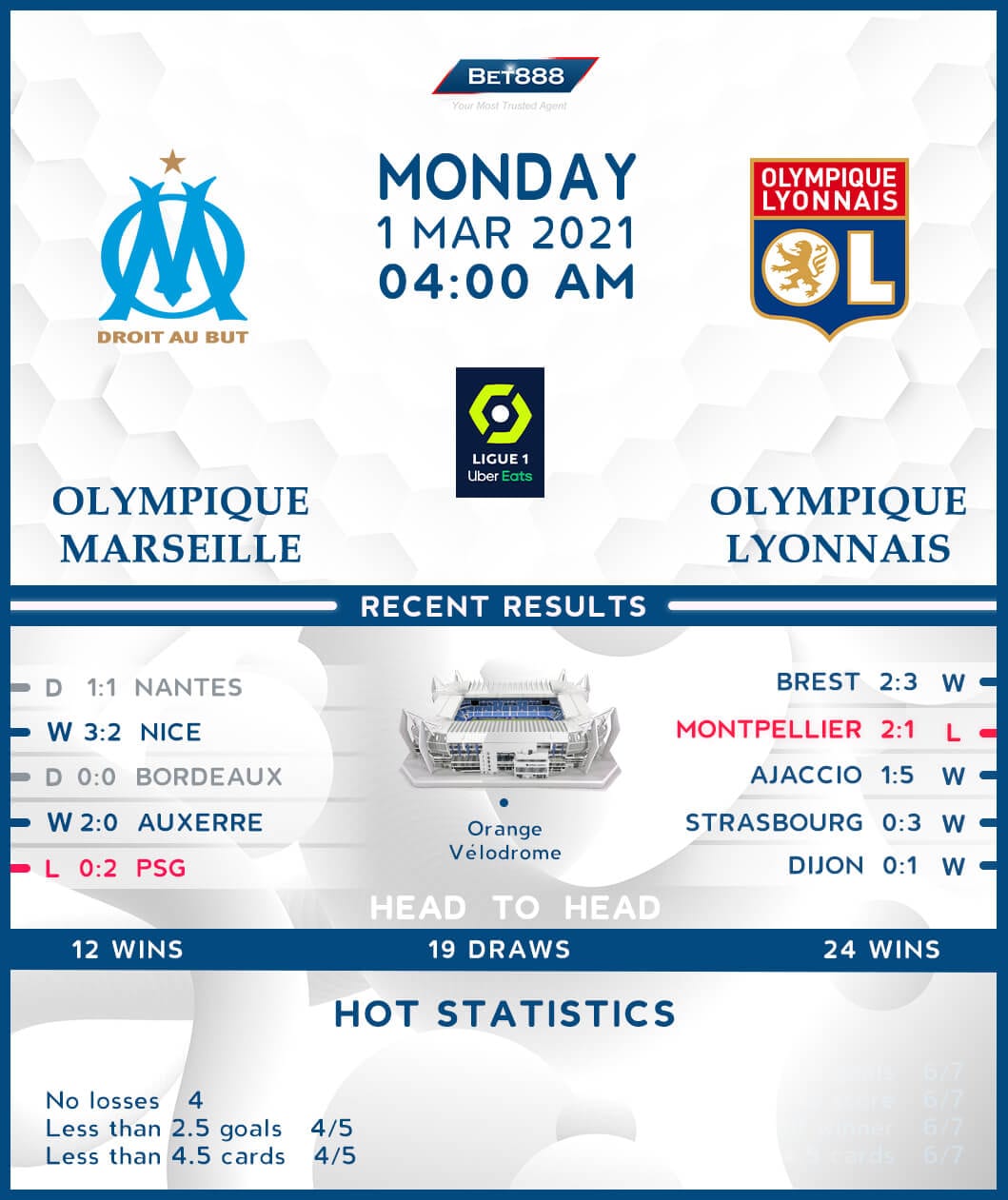