Olympique Marseille and Paris Saint-Germain go head-to-head at the Stade Vélodrome in a high-profile Ligue 1 encounter.

Sitting 12 points outside the Ligue 1 top-four, Marseille have endured a recent dip in form after landing just one victory in their last nine league fixtures (D3, L5). Coming into this matchday, Andre Villas-Boas’ side have suffered back-to-back home losses and could lose three in a row at the Stade Vélodrome for the first time since 2012. Furthermore, ‘Les Phocéens’ have failed to beat PSG in any of their previous seven top-flight meetings held at this venue (D2, L5), conceding over 1.5 goals on each occasion in that run. Marseille’s hopes of ending that streak will hang on whether or not they can prevent PSG from scoring the opener – they have failed to win any of their six home matches in which they conceded the first goal this Ligue 1 campaign (D3, L3).

As for PSG, they have alternated a victory with a defeat in their last three Ligue 1 outings (W2, L1), with each match won/lost in that period seeing the victor score 3+ goals. Away from home, the reigning French champions have only won once in their last four league fixtures (D2, L1), with two of their four goals scored in that sequence coming from the penalty spot. Notably, though, Mauricio Pochettino’s men have netted more Ligue 1 goals than any other side so far this season (53), managing an average of 2.3 goals scored per league match. Despite boasting the most intimidating attacking line in the French top-flight, ‘Les Parisiens’ have not won any of their six Ligue 1 games in which they conceded the opening goal this season (D2, L4). 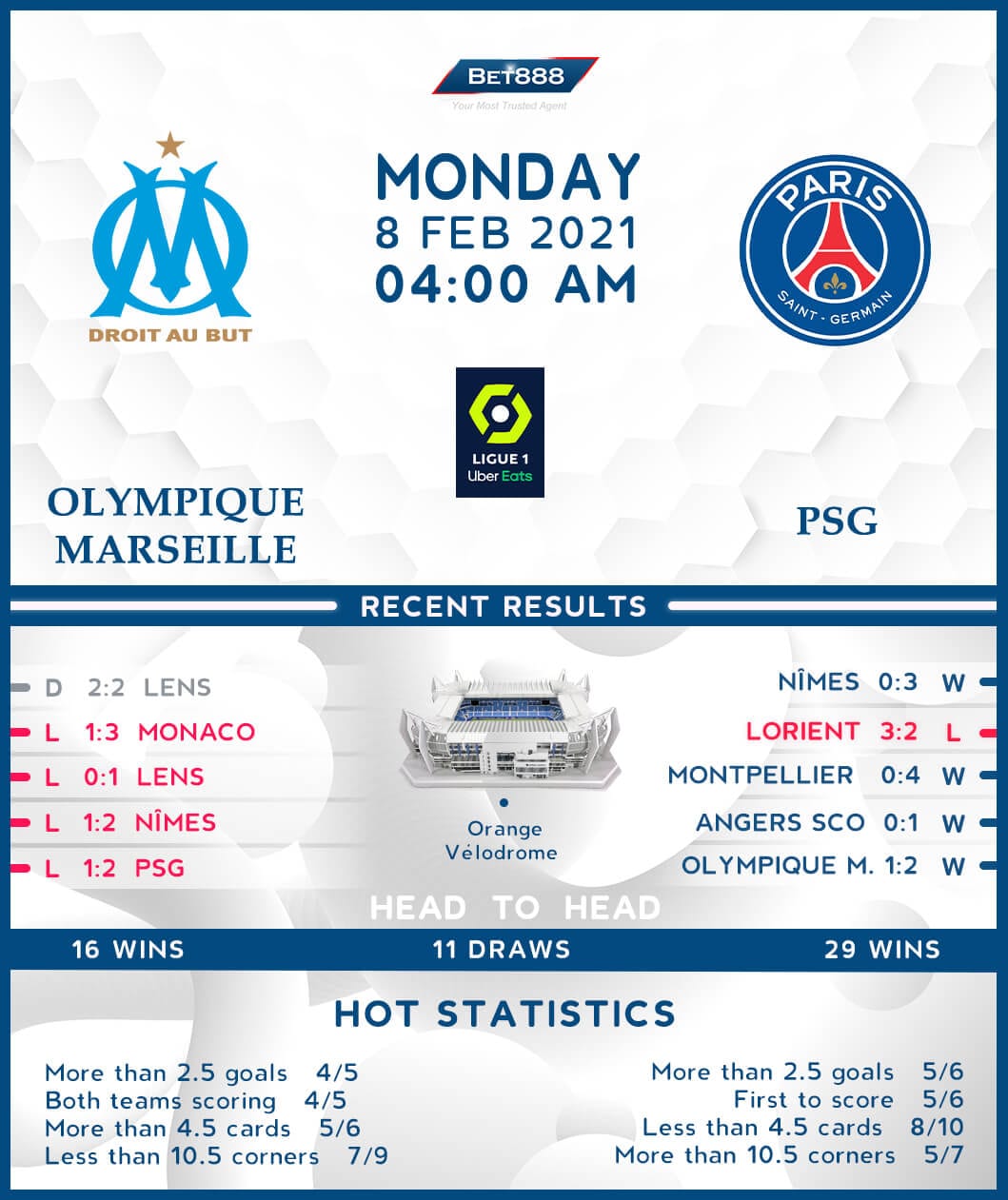