Stade Vélodrome is the venue, as out-of-form Olympique Marseille take on Rennes in an exciting Ligue 1 match-up.

Marseille head into this encounter on the back of four consecutive defeats in all competitions, three of which came by a narrow one-goal margin. In Ligue 1 alone, ‘Les Phocéens’ have lost five of their last eight matches (W1, D2), with three of those losses producing the identical 2-1 scoreline. That’s not the kind of statistic Marseille will be looking to dwell on ahead of their clash against a side they’ve failed to beat in their last three top-flight meetings held at this venue (D2, L1). Both teams to score could be a theme, considering that four of the previous five Ligue 1 encounters between Andre Villas-Boas’ men and Rennes here have seen both sides hit the net, which has been the case in eight of Marseille’s last nine home league fixtures.

Meanwhile, a 1-0 home defeat to Lille last time out saw Rennes’ seven-match unbeaten Ligue 1 streak come to an end (W5, D2). As a result, ‘Les Rennais’ have now failed to keep a clean sheet in three league games in a row after registering three consecutive shutouts prior to that run. Interestingly, seven of Rennes’ last nine competitive away fixtures have seen one or both teams fail to get on the scoresheet (W3, D2, L4), with three of the seven games won/lost in that period yielding the identical 3-0 scoreline. Having that said, it may come as some surprise that Julien Stephan’s men have suffered only one loss in four Ligue 1 trips in which they conceded the opening goal this season (W1, D2). But, Rennes boast the ability to finish their away matches strongly, as evidenced by the fact they have not conceded inside the final 15 minutes in any of their ten Ligue 1 trips this term. 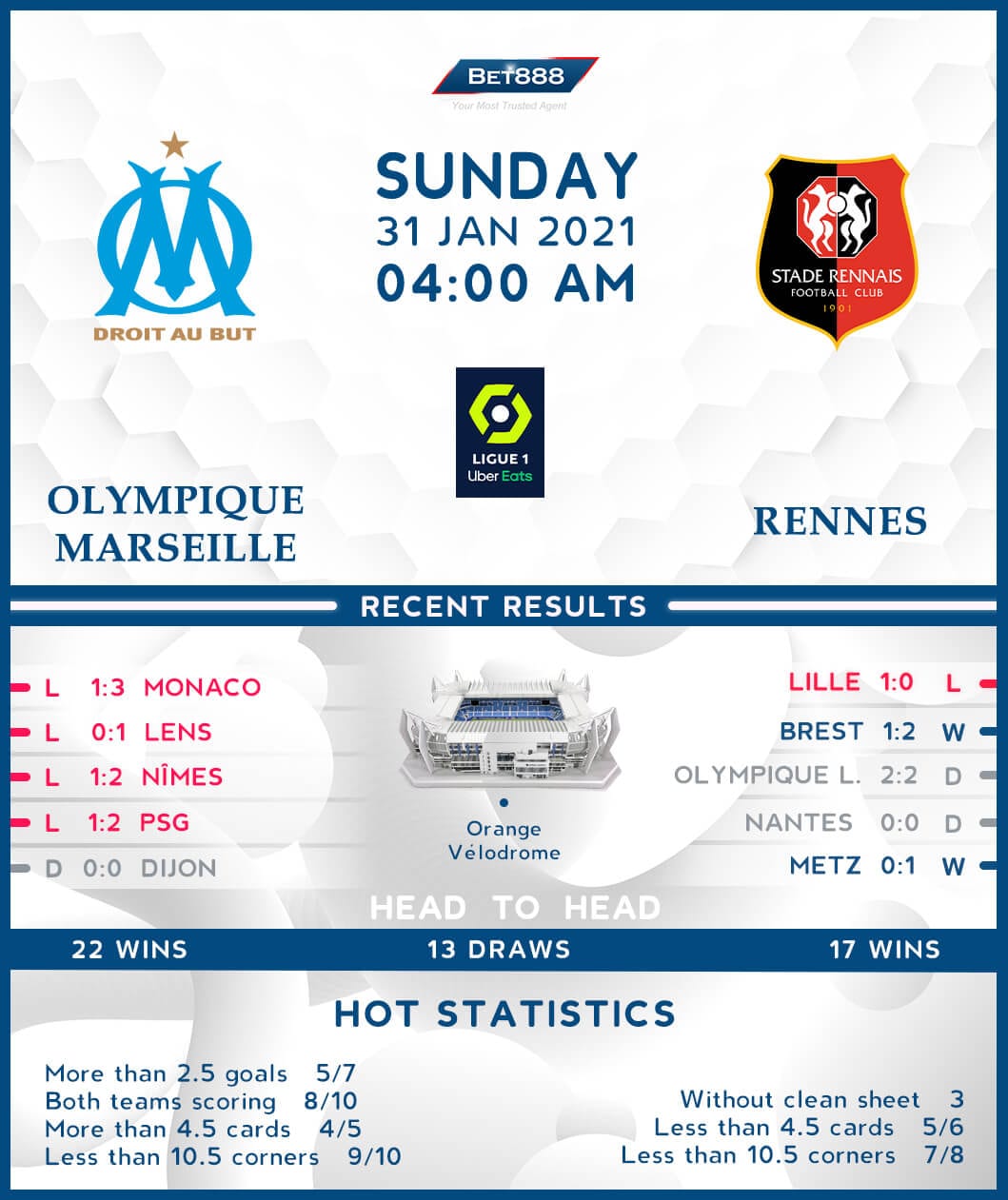