Bruno Génésio is set to make his managerial debut at Rennes as they head to the Stade Vélodrome to take on Olympique Marseille in a mid-table Ligue 1 contest.

A 2-0 away defeat at Lille last time out saw Marseille’s four-match undefeated run (W1, D3) in Ligue 1 come to a halt. It was also the third time in the last six league outings that Olympique had failed to get on the scoresheet, as they continue to lament the third-worst attacking record (34 goals scored) among the sides currently occupying the top-ten spots. At home, ‘Les Phocéens’ have picked up just one victory in their last five Ligue 1 games (D1, L3), four of which saw them net under 1.5 goals. Against this low-scoring backdrop, Andre Villas-Boas’ men have found the net in 13 consecutive top-flight meetings with Rennes and 15 overall, last failing to score against this opposition in March 2014. However, the hosts have not won any of their previous three Ligue 1 H2Hs held at the Vélodrome (D2, L1).

In the meantime, Rennes head into this encounter in the midst of a severe crisis, having lost their last four Ligue 1 fixtures by an aggregate score of 7-3. If they do succumb to Marseille here, it will be the first time since 2013 that ‘Les Rennais’ had lost five Ligue 1 matches in a row. By extension, the visitors have failed to win seven consecutive league matches (D2, L5) since defeating Brest 2-1 on January 17, drawing a blank on four occasions in the process. Rennes’ competitive away games this calendar year have been notably tight, as all six have seen the sides separated at full-time by under 1.5 goals (W1, D2, L3). Interestingly, Genesio’s men have rescued the league-highest 15 points from losing positions this term (GP15 – W4, D3, L8). 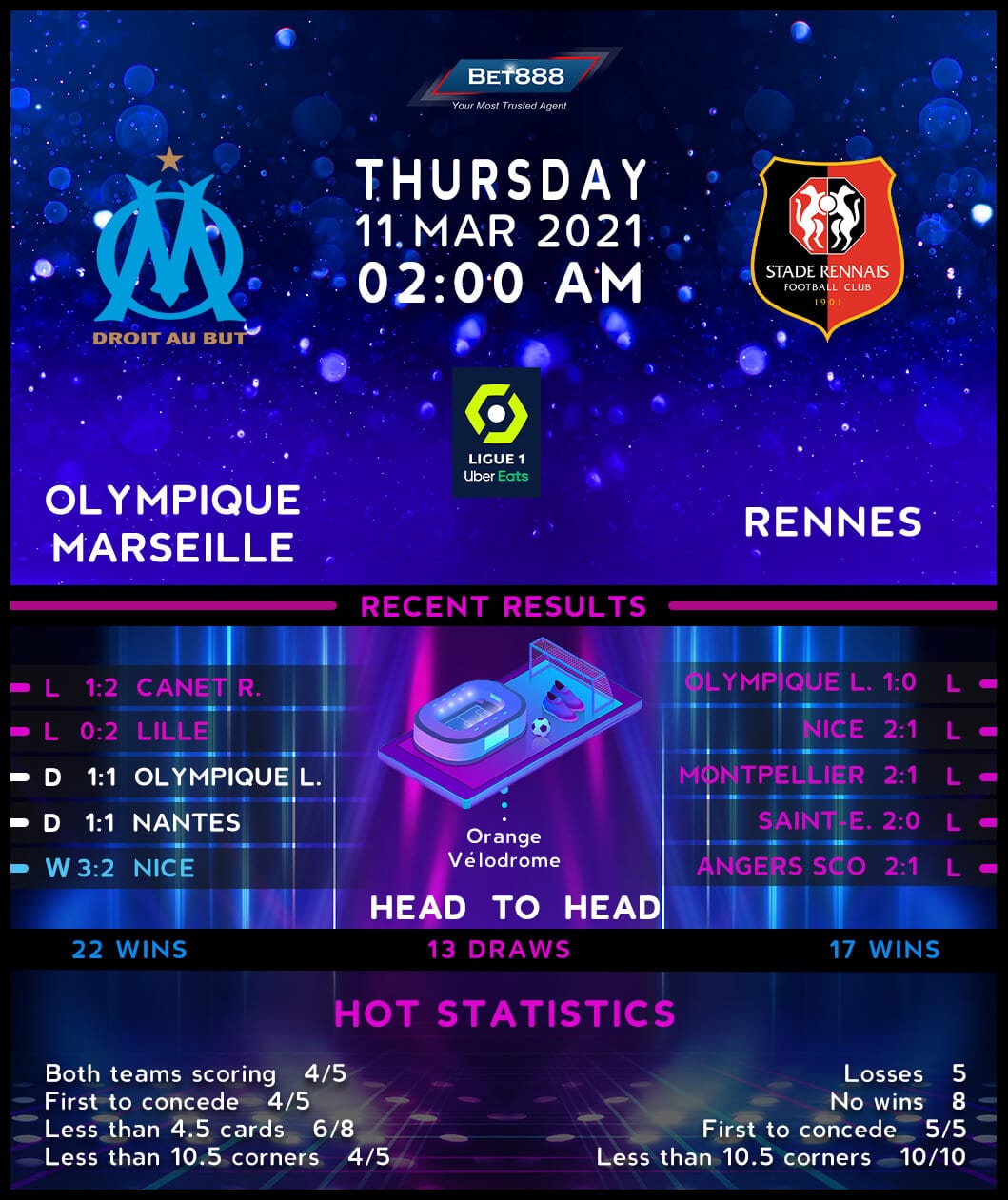