Oman’s solid World Cup Qualifying campaign has seen them pick up four wins from five matches, barring a 2-1 away loss to Group E leaders Qatar on Matchday 3. Before squeezing past India 1-0 in their most recent World Cup Qualifying match at home, ‘Al-Ahmar’ had won back-to-back such contests by a three-goal margin. Oman’s lackluster entries have seen just one of their eight World Cup Qualifying goals scored on home soil come beyond the 30-minute mark. Alarmingly, they have never defeated Qatar in a World Cup qualifier (D2, L3), drawing a blank on four occasions in the process. To their credit, the hosts are unbeaten in their four outings since the turn of the year (W2, D2) despite scoring under 1.5 goals three times in that period.

On the other hand, the visitors have hit the ground running in Group E, having won all but one of their seven World Cup Qualifying games so far this campaign (D1). Defensively robust, the ‘Crimsons’ have conceded just a single goal in their seven Group E fixtures thus far, courtesy of a 2-1 home win against Oman on Matchday 4. Away from home, Felix Sanchez’s men have won all three away World Cup qualifiers, with both of their previous such triumphs coming by the same 1-0 scoreline. A 1-0 victory at the expense of India in their most recent road trip ended Qatar’s four-match winless streak on foreign soil (D1, L3), friendlies included. But it also means they’ve netted under 1.5 goals in five of their last six away games overall. 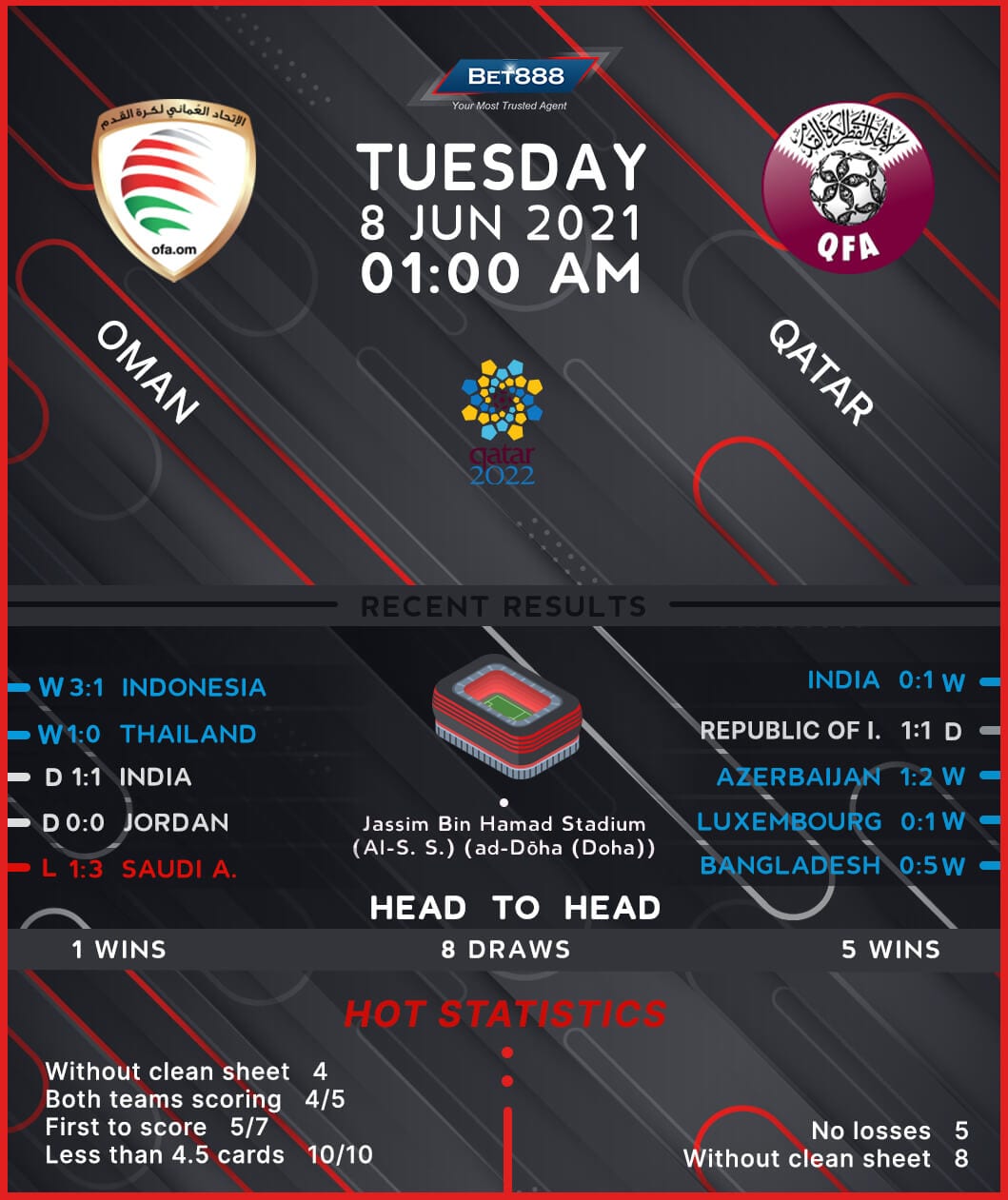