High-flying Barcelona travel to the Estadio El Sadar to take on a resurgent Osasuna side in desperate need of all three points to keep their La Liga title hopes alive.

The hosts have won three of their last four La Liga fixtures (L1), only one less than they managed in their previous 21 in the competition (W4, D7, L10). However, Osasuna have failed to win any of their three home matches against the current top-four teams this term (D1, L2), returning a -4 goal difference from those encounters (GF:1, GA:5). Another potential worry for ‘Los Rojillos’ is that they have failed to cope with Barca in their last three top-flight H2Hs as hosts (D2, L2), conceding 2+ goals on three of those occasions. Furthermore, Jagoba Arrasate’s men tend to crumble after falling behind, surrendering the lead to their opposition in 11 La Liga games this season and only replying once (D1, L10). Starting well may save them, but Osasuna have scored the third-fewest five first-half goals at home this term.

Fresh from a stunning Copa del Rey comeback against Sevilla, Barcelona will be looking to stretch their winning run in all competitions to four matches. The Catalan giants have won their last two La Liga games via an aggregate score of 5-0 and are now looking to keep a clean sheet in three consecutive league games for the first time under Ronald Koeman. The visitors are unbeaten in their last 15 top-flight fixtures (W12, D3), with only Manchester City (19) boasting a longer undefeated streak in Europe’s top-five leagues at the moment. Barcelona are overwhelming favorites to maintain their impressive form against a side they have lost to once in their last ten La Liga meetings (W4, D5). Adding to their confidence, Koeman’s men have seven consecutive away league games coming into this trip. 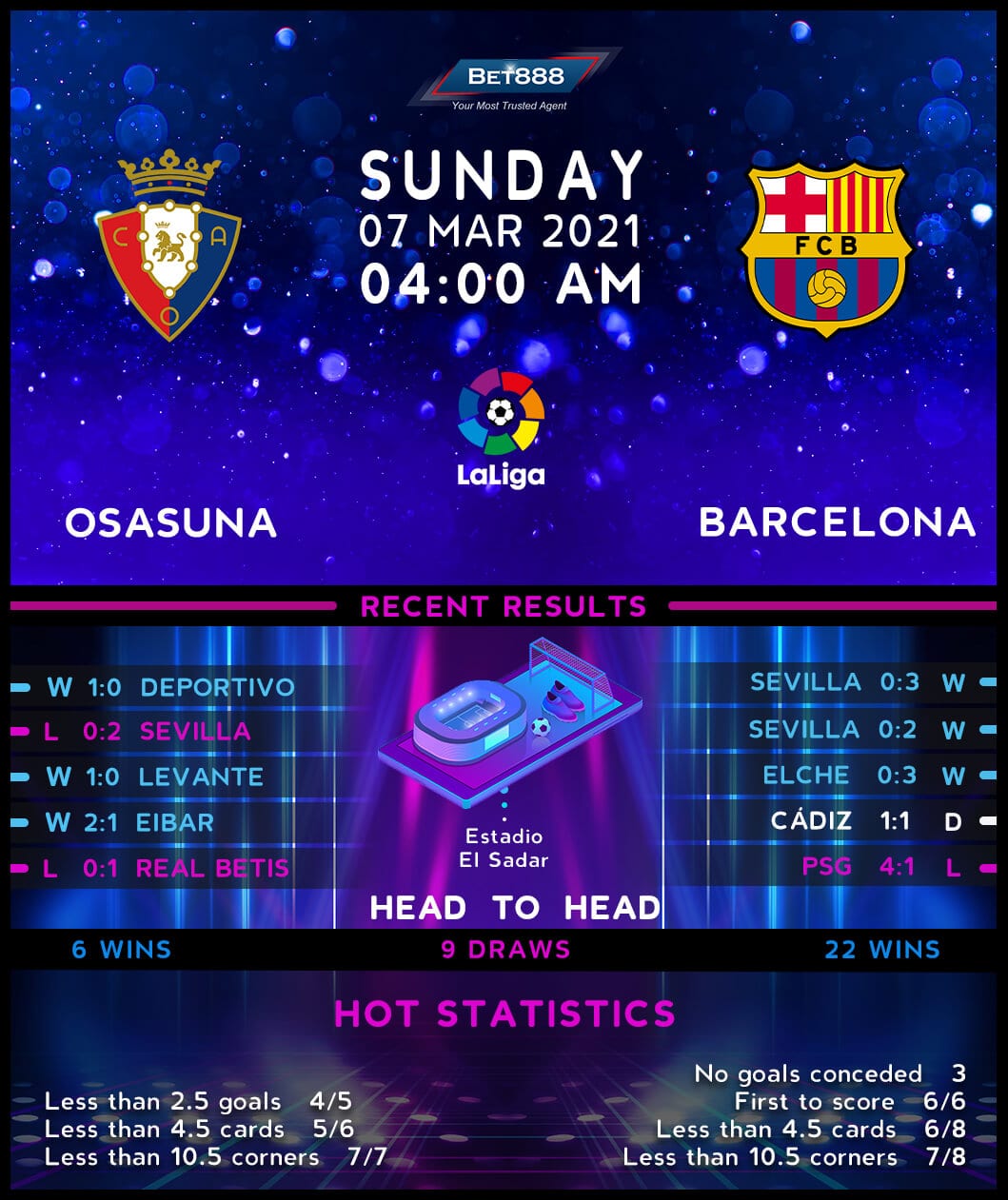