Real Madrid will be looking to post their sixth consecutive La Liga triumph against Osasuna when the two sides face off at the Estadio El Sadar.

Osasuna ran riot in a 3-0 victory over lower-league team Olot in the Copa del Rey midweek to bring their four-game winless run in all competitions to a halt (D3, L1). However, ‘Los Rojillos’ are winless in ten La Liga fixtures (D4, L6) since claiming a narrow 1-0 triumph against Athletic Bilbao in late October. Although Jagoba Arrasate’s men have found the net in all but one of their eight home league matches this season, they have scored 2+ goals per home La Liga game only once in this sequence. In turn, Osasuna have netted under 1.5 goals in six of their seven previous top-flight meetings with Real Madrid here (W1, D3, L3) despite getting on the scoresheet in the first half in each of their last three such clashes.

On the other hand, ‘Los Blancos’ have racked up a seven-game unbeaten La Liga streak in the build-up to this fixture (W6, D1), overcoming their opponents by a two-goal margin on five of those occasions. Remarkably, Real Madrid are the only side yet to concede the opening goal (if any) in an away La Liga game this season, breaking the deadlock in the first half in seven of their last eight league trips! Indeed, they have scored at least one goal within 20 minutes of play in seven of their nine top-flight matches on the road while conceding only once in that same timeframe. Still, Zinedine Zidane’s men have won just two of their four away La Liga games when leading at half-time (D2). 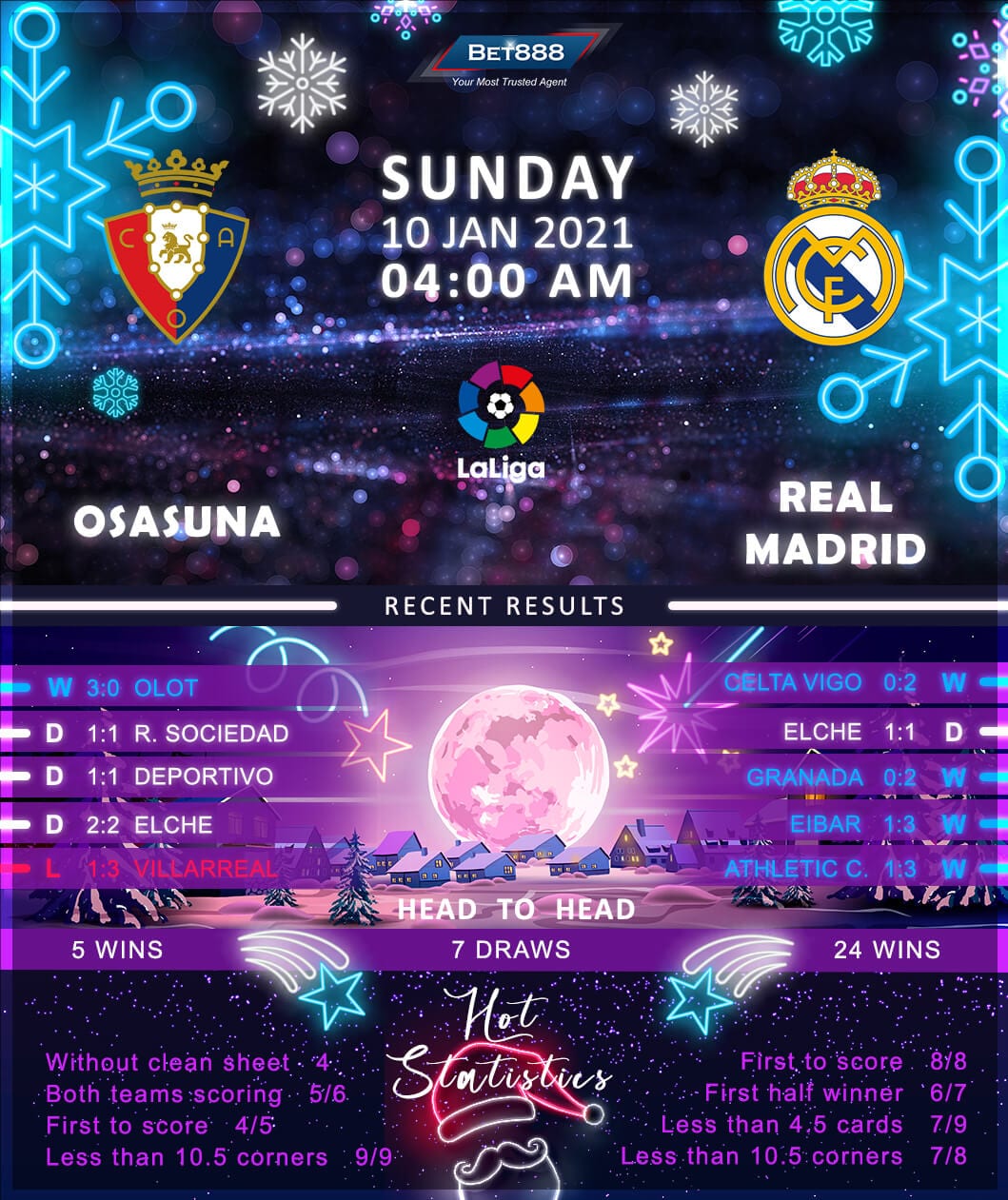