Barcelona head to the Parc des Prince to take on Paris Saint-Germain in the return leg of their UEFA Champions League last-16 tie, looking to overcome a three-goal deficit from the first leg.

PSG are in a prime position to qualify for the Champions League quarter-finals for the second year running. Free-scoring ‘Les Parisiens’ have found the net in 22 consecutive home matches in the competition, accruing a total of 61 in the process. Topically, they have netted 3+ goals in each of their last three Champions League outings, scoring a total of 12. Another encouraging fact for the perennial Ligue 1 champions is that they’ve won two of their last three European meetings with Barcelona (L1), as many as they had in their first eight matches against the Spanish juggernauts (W2, D3, L3). Interestingly, none of PSG’s last ten competitive games at the Parc des Princes has ended in a draw (W8, L2), with 70% of those wins/losses seeing the victor preserve a blank sheet.

Barcelona squandered an early lead to suffer a heavy 4-1 defeat at Camp Nou in the reverse fixture. They are now looking to become the first team in the Champions League history to qualify for the next Champions League knock-out round after losing the first leg at home by a three-goal margin. The Catalan giants already performed a sensational, record-breaking comeback against PSG, overturning a 4-0 disadvantage with a 6-1 hammering at Camp Nou in the 2016/17 Champions League last-16. However, Ronald Koeman’s men have failed to pick up a victory in eight of their last nine away games in the Champions League knock-out stages (D3, L5), drawing a blank on six occasions in the process. The visitors can find some comfort in the fact they have managed to keep a clean sheet in all three away fixtures in the competition this season. 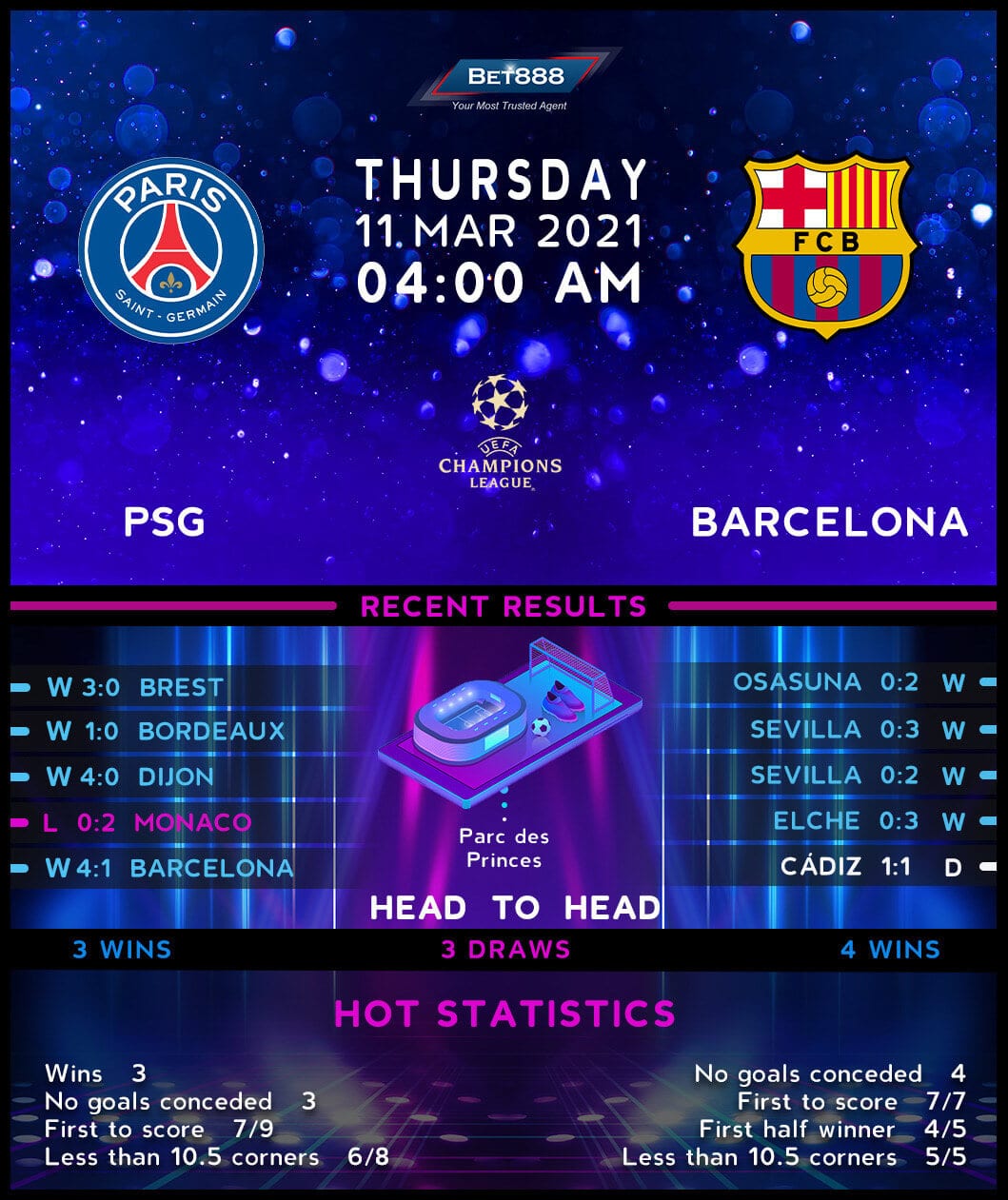