Coming off the back of a dismal 2-1 home defeat to Nantes in Ligue 1, PSG will be looking to bounce back against a side they have not conceded a goal in three consecutive meetings in all competitions (W2, D1). Given Paris’ intimidating firepower in the attacking third, it may come as some surprise that they have scored under 1.5 goals in four of their last six competitive outings (W3, D1, L2). Indeed, Mauricio Pochettino’s men have failed to win any of their previous three home games across various competitions (D1, L2) despite getting on the scoresheet first on two of those occasions. Interestingly, five of PSG’s last seven goals scored at home have come before the interval, highlighting the potential for action-packed first-half football.

In the meantime, Lille have gone unbeaten in four matches in all competitions (W2, D2) since losing 2-1 at Ajax in the UEFA Champions League, three of which have featured under 2.5 FT goals. ‘Les Dogues’ have established themselves as a rock-solid defensive unit lately, having kept a clean sheet in six of their last nine away games in various competitions. Christophe Galtier’s men have overcome the likes of Dijon and GFC Ajaccio en route to reaching the Coupe de France last-16, returning a +3 goal difference from those clashes (GF:4, GA:1). However, Lille could find themselves in an awkward position if they concede first, having failed to win any of their four away domestic fixtures in which they fell behind this season (D2, L2). 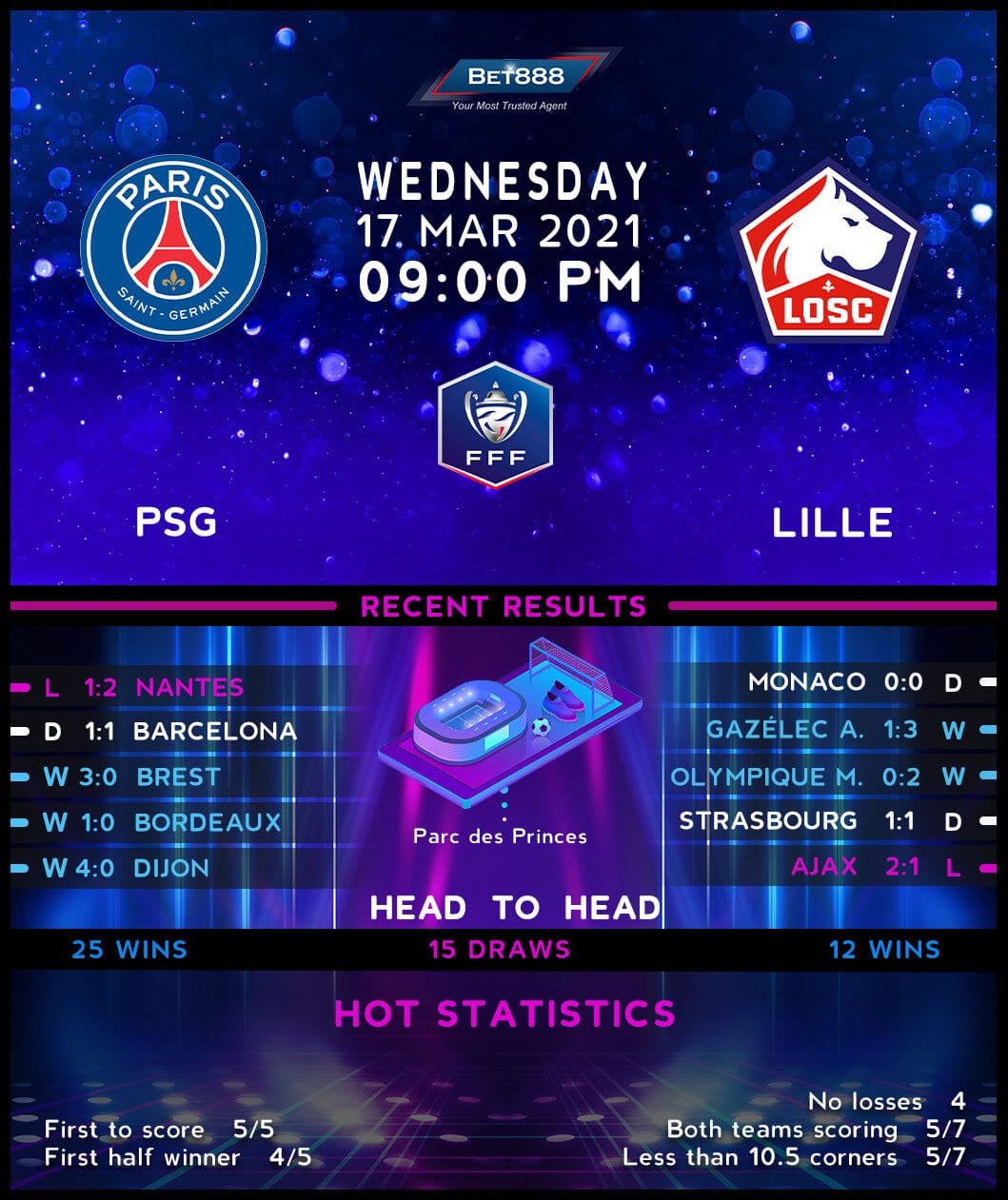